The gays have long been fighting for equal rights, a pursuit which has led to many of them also having to fight for their lives. Religion has waged war on sexuality since the beginning of time, often condemning and sometimes even killing and/or torturing those deemed such deviant sinners. Even in this day and age, that quest for equality is still claiming unnecessary causalities, but it is exactly this struggle for egalitarianism which results in one unforgettable night at a remote Christian bed and breakfast for a recently married gay couple. 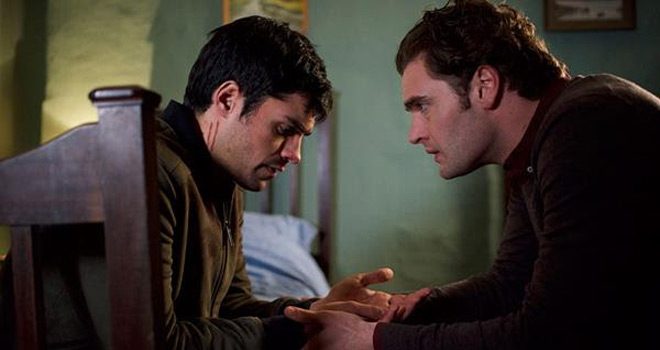 B&B is a compelling Thriller that premiered April 13th at the London Independent Film Festival, where it won the award for Best LGBT Film, and was then unveiled at the MiFo Film Festival in Miami. The film was produced by Hummingbird Films and picked up for distribution in the UK and Ireland by Peccadillo Pictures, but international rights are still up for grabs. The movie was magnificently written and directed by Joe Ahearne (Trance 2013, The Replacement 2017).

In addition to a skillful director, the film also made use of a rather inspired cast that brilliantly conveyed its profound and thought-provoking message. It featured Tom Bateman (Creditors 2015, Snatched 2017) as the gloating guest, Marc; Sean Teale (Skins TV series, We Are the Freaks 2013) as his husband, Fred; Paul McGann (Withnail & I 1987, Alien 3 1992) as the bitter B&B owner, Josh; Callum Woodhouse (Room 17 2015, Cold Feet 2016) as the owner’s son, Paul; and James Tratas (Deadly Code 2013, Anna Karenina 2013) as the menacing Russian, Alexie.

B&B is the story of a gay married couple, Marc (Bateman) and Fred (Teale), who once sued Christian B&B owner Josh (McGann) for refusing them a double room where they could sleep together, and won. Now, they are returning to the secluded B&B to spend the night in the room they felt they deserved and fought so hard to obtain the right to stay in. It becomes apparent from very early on that the intolerant owner’s son, Paul (Woodhouse), is actually gay himself, and deeply struggling with the frightening notion of coming out to his hate-filled father. Paul tells Fred that he knew for certain that he was gay after everything had gone down with the couple suing his father, but that he fears the repercussions of revealing his heavy, arduous secret. 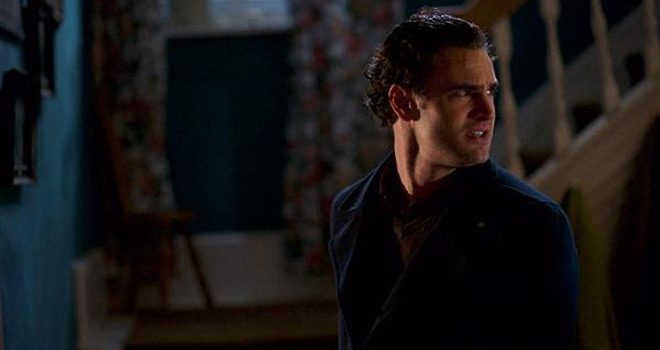 The couple is almost successful at having the isolated, spacious B&B all to themselves – which sore-winner, Marc, would have relished because it would have only aided in his rubbing it in and unrestrained flaunting – until the arrival of tall, dark, and scary Russian, Alexie (Tratas). After this mysterious and intimidating guest checks in, the couple finds themselves immersed in the center of a complex mission with a surprising turn of events that result in a shocking and profound conclusion.

The acting was so strong and beautifully affecting; which really allowed viewers, who might share in the struggles or ideals portrayed in this film, to connect with the movie on a much deeper, more self-reflective level. Aside from the cast’s ubiquitous intensity and moving vulnerability and sensitivity, they also incorporated well-timed comedic bright spots; which nicely broke up the mounting tension and emotional incidents that could have otherwise become a little overwhelming. Marc was full of snark that delightfully lightened the heaviness that seemed to weigh viewers down as the film progressed and its subject matter became more respective, in one form or another, to their lives.

The cinematography effectively showcased the intensity that was prevalent throughout, and the night vision shots appeared to bring to the light the reality that gays are being targeted; whether violently, legally, or otherwise. The film score was well composed and successfully heightened the emotion conveyed in each scene; anxiety, pain, hatred, fear, panic, and so on. The special effects, which were barely present or necessary, felt authentic in their execution. 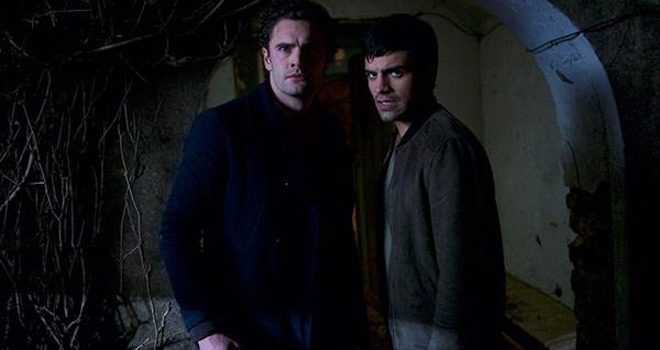 B&B is a film that, on the surface, is an interesting and entertaining Thriller, but below that surface is a much deeper story that exposes the very real fears experienced by gay men and women, as well as anyone lying outside of the “normal” gender specifications or sexual orientations; fears of rejection, persecution, harm, or the crushing fear of losing the ones they love because of who they are. This reason, as well as the previously mentioned attributing elements, is why CrypticRock gives B&B 4 out of 5 stars. 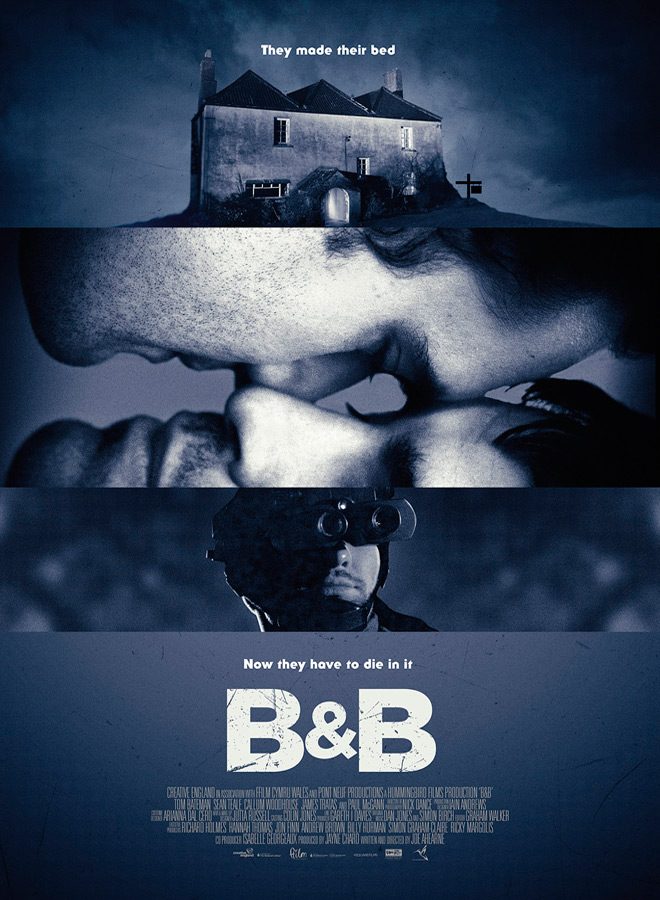 For more on B&B visit  BnBfilm.co.uk