The Appalachian Mountains has provided the perfect environment for many Horror movies, and it does so again in latest released film Beacon Point. Premiering on June 10th, 2016 in the United States, filming took place in Dahlonega, Georgia, with the events set in modern day. Written and directed by Eric Blue, usually known as Blue, Beacon Point is his the filmmakers first feature, and what a feature it is. 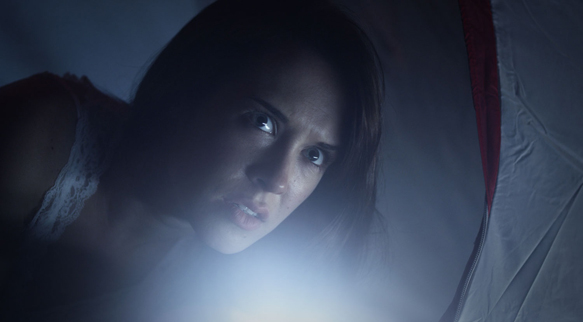 It all begins with Drake Jacobs (Jon Briddell: All My Children TV series, Collision Course 2013) who is a trail guide around the Appalachian Mountains. He arrives at work one morning to an angry boss, whose discovered his prior criminal convictions. He is forced to fire Drake, and this leads to an altercation and an unexpected result. Then there Zoe (Rae Oliver: House of Good and Evil 2013, Fun Size Horror: Volume One 2015) which is a real estate agent who quits her job, looking for a new start, and is determined to enjoy her time off hiking through the mountains.

Drake locks up, ready to flee the scene, when four hikers: Zoe, Dan (Eric Goins: Halloween II 2009, Ride Along series), Brian (Jason Burkey: Being Mary Jane TV series, For The Glory 2010), and his younger brother Sam/Cheese (RJ Shearer: Sleepy Hollow TV series, Reckless TV series), arrive for a pre-booked ten day hike. Unable to leave without disclosing his issue, Drake is forced to take the group on their hike. After they find a woman’s body, they assume it is a bear attack and continue along. Drake takes the group off trail, deep within the woods to experience nature otherwise undiscovered. Drake immediately begins calling Zoe “Barbie,” as initially she appears to be a weak frail woman. 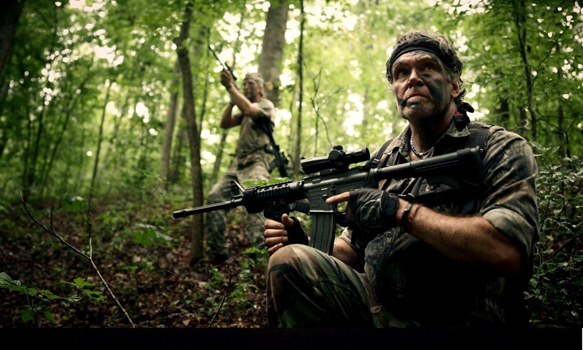 For the first few days, tension in the group is high as Drake is less than personable. Zoe and Brian develop an attraction, which puts Cheese off side. One night around a camp fire, Drake tells them an old Cherokee legend of ancient beings, they are called Shadow People, inhabiting the mountains. When the Cherokee were around, their good spirits protected them. Once White Man arrive and wiped the tribes out by a variety of means, the good spirits departed with them. The next day continues as usual, and they reach a place the Cherokee called Strawberry Hill, again steeped in ancient legend.

Dan discovers a small engraved stone, and an unsettled feeling sets in. That night, and each time she sleeps following, Zoe has bizarre nightmares of being trapped and tortured, intertwined with her childhood. The following day, Brian falls terribly ill, and Drake’s aggressive behavior escalates. Zoe, Cheese, and Dan tie Drake up before he hurts anyone. However, the only one able to walk for help is Zoe, and Drake the only source of navigation. Zoe leads Drake through the woods in search for help, discovering that something happened on Strawberry Hill only they remember. As they put the puzzle pieces together, Drake and Zoe find the horrific truth about the ancient legends, and are thrust into the midst of something they cannot hope to understand. The group’s fate is taken from their control, stripping them bare. 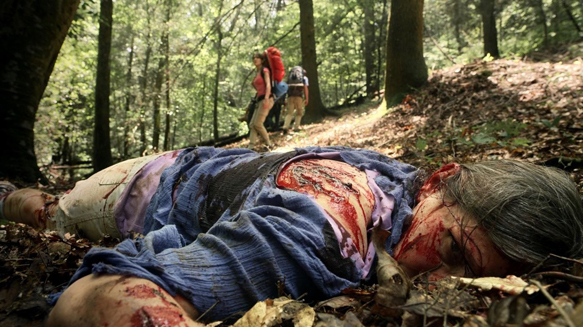 Beacon Point has well-developed characters covering a general gamut of social norms, realistic reactions and dialogue. There are plenty of amazing twists and turns, the intricate storyline captivates the audience, and an open ending leaves them begging for more. While the title sequence may seem cliche, five minutes into the movie, the viewer realizes they are in for a hell of a ride. The small cast does an outstanding job of carrying the storyline, while portraying intensity and depth. It is difficult to predetermine the ending, which is a rarity in Horror these days.

As for the visual aspects of Beacon Point, the special effects are brilliant, blending in and scaring the crap out of the viewer. In addition, the cinematography by Jim McKinney (Pepper’s Place 2014, MTV’s 52 Bands 52 Weeks TV series) is equally edgy and gripping. For a low budget VOD, no aspect of production has been spared by Blue’s brilliant touch. With that said, both Beacon Point and Blue are must watches. After watching Beacon Point many will be eager to see a sequel, and for this, CrypticRock.com gives this film 5 out of 5 stars. 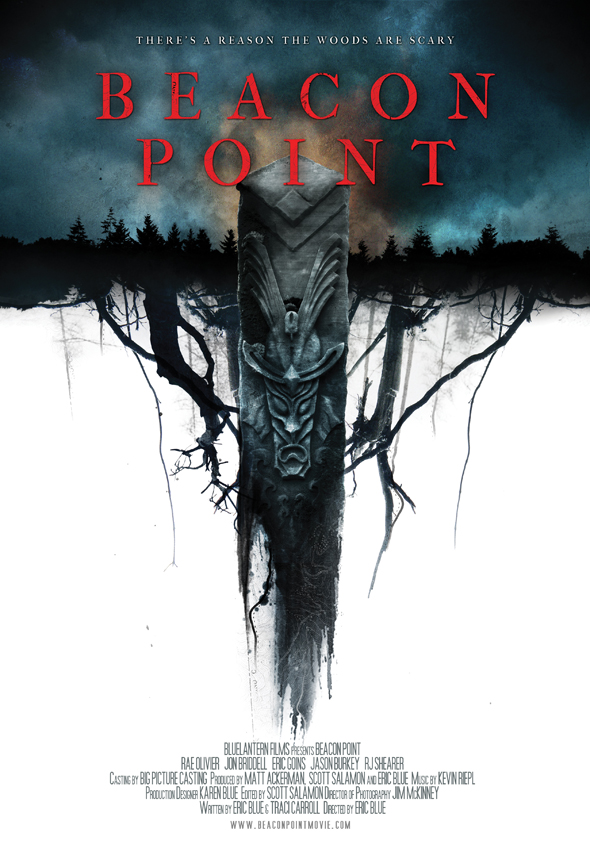