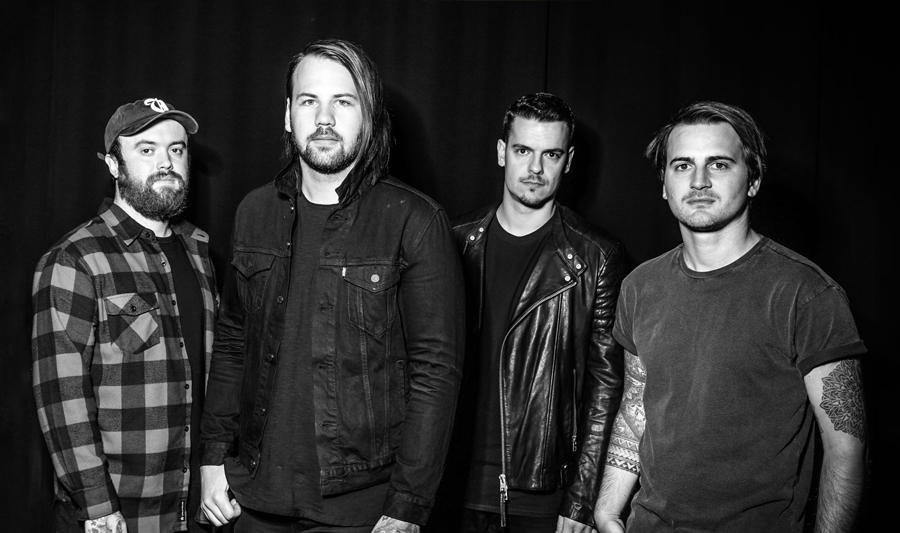 Dominating the scene with their Hardcore sound and insane talent, Columbus, Ohio’s Beartooth jumped right into success with their determination and overpowering sense of belonging. Back in 2012, when Vocalist Caleb Shomo was already sharing his talents with Attack Attack!, he had plans in mind of creating a different band in which he was already engaged in writing new music for; the name of this project was initially said to be Noise, but when Shomo found the title was already taken, Beartooth came to life. Never really planning on getting the band off the ground, once Shomo took a step back from his former group, the pieces aligned and his focus was mainly put on new music. Gathering a couple of musicians to play live shows with, this upcoming band put the spotlight right on themselves while playing a handful of local shows and earning a spot on Vans Warped Tour 2013; the following year they were asked to play the entirety of the tour, which gave them their well-deserved countrywide recognition. The following years brought more touring, a record deal, and their debut album, Disgusting; a pathway to their positive feedback.

With their current lineup consisting of Shomo, Taylor Lumley (guitar), Kamron Bradbury (guitar), Oshie Bichar (bass), and touring drummer, Connor Denis, Beartooth has come a long way for such a short amount of time. With several lineup changes, a full list of live shows under their belt, and a wide range of clear musical talent, Beartooth never seizes to let down fans, or better yet, themselves; proving this with the release of their second full-length studio album, Aggressive, out to the public June 3th, via Red Bull Records.

This jam packed album kicks off with the title-track, “Aggressive,” an intense introduction to Beartooth. With their heavy instrumentation and completely energy-induced vocals, listeners are sure to be hooked right off the bat. With growling undertones and a complex breakdown, they are surely sticking to their Hardcore roots with this album. Slightly more upbeat than the last, “Hated” is a favorite off of Aggressive; entirely enticing, this is a track that is going to be demanded for live shows. Definitely being the tour de force of the album, this piece is cleverly written and well mastered; a perfect pick for a single, getting fans more hyped with each listen.

Having the same feel as the track before, “Loser” is just as exciting. Sticking with an upbeat tempo, and intricate instrumentation, which flawlessly blends into the vocals, this song has a mind of its own; with lyrics “I was born just a little bit different,” it seems to completely sum up this piece. Continuing on with track number four, “Fair Weather Friend” is a song about letting go; setting the mood with their overall tone, this piece is sure to be relatable to all those who listen.

One of the heavier tracks of the album, “Burnout” is intense and grueling, yet once again relatable to listeners. Fast-paced and intense, this song is all about living free and always staying true to yourself. The climax of the song takes place with a heavy breakdown leading back to the memorable chorus, while still fully intriguing listeners. Still staying true to their overall sound, “Sick Of Me” builds up with a heavy introduction leading to catchy melodies that get better with each subsequent listen. Taking another stab at an overall substantial track, “Censored” can be described as a song that is perfect for the pit. With lyrics “No one’s ever gonna censor me” that builds into a breakdown, this track is distinguishable from others.

Another extreme piece, “Always Dead” is definitely the heaviest track of Aggressive. This track completely channels negative energy and anger and puts it into a whole new light. With a harsh sound and vigorous vocals as well as orchestration, this track is one for the books. Calming down slightly, “However You Want It Said” begins with an almost Pop sounding introduction then, almost immediately, jumps back to their initial sound. Clearly grasping Punk influences, this track is utterly memorable; being another favorite for all fans. Getting close to the end of Aggressive, “Find A Way” is another track that channels intensity with Shomo’s heavy vocals, alongside instrumentation that transforms the overall sound of each song.

Showing Beartooth’s clear passion for music, “Rock Is Dead” is and insanely upbeat and noteworthy track. Being completely about their love for music, listeners are sure to connect with this piece; “If Rock and Roll’s dead you can kill me right now.” Closing out Aggressive with “King Of Anything,” Beartooth raises the bar for any music that has yet to come. Starting out with a somewhat gloomy and daunting sound, this track pulls listeners completely in for one last time.

Creating music with hopes of just having a good time is all any artist could hope for, but with the success and overwhelming response Beartooth has gotten over the past couple of years, there is no chance of stopping anytime soon. The absolute perfect tracklist for all Hardcore music listeners alike, any one of their songs is sure to be a hit for longtime and coming fans; full of hard work and pure energy. CrypticRock gives Beartooth’s Aggressive 4 out of 5 stars. 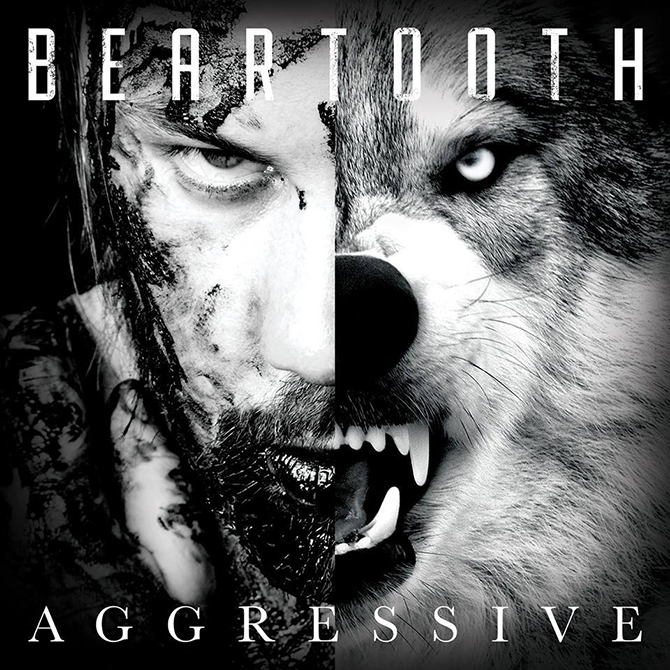