Beastmaker – Inside the Skull (Album Review) 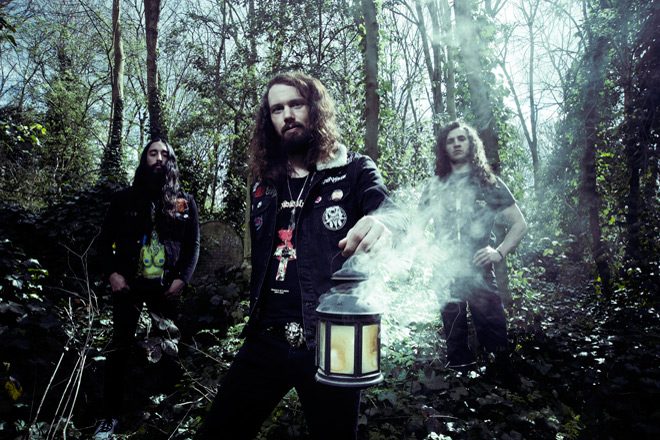 The stagnant pool of bat-eating days and Hitchcockian nights has been surreptitiously summoned beyond their infamous decade. With a Doom slathered reincarnation of the (non-negotiable) best years of Heavy Metal and Stoner Rock, Beastmaker tease the odds of past perfection with their May 2017 release of Inside the Skull. If by ‘tease’ listeners decipher: this-is-the-best-thing-since-the-Prince-of-Darkness-himself, then please, continue reading.

Quick on the heels of such acclaim, 2016’s Lusus Naturae was met with nothing less than the cult following they so deserved. Commonly compared to Doom greats Pentagram or Bedemon, old-school dissonance and macabre themes ooze prominent undertones throughout the band’s discography and certainly makes up for that whiny-teen phase known as early 2000’s “Rock.”

Set for release on May 19th via Rise Above Records, Inside the Skull boasts an organic connection of space to sound; searing layers of rigid acoustics to a crackle-and-fuzz marred excellence. Recorded in a studio they built themselves, Beastmaker’s latest creation demands the pillars of music be resurrected.

Opening track “Evil One” is a face full of super-Sabbath, sweaty, soul-sucking sludge. Those first few riffs are a shiver-inducer and reveal the arsenal that Beastmaker has squirreled away for just the right moment. Following Tucker’s weighty bass line, Church’s gritty vocals skewer the haze and for exactly four minutes and seventeen seconds, listeners are lounging on the ripped brown couches of a 1970’s garage show. The hypnotic ebb of “Evil One” rises and falls with the slow-motion thickness of swaying limbs and nodding heads. The ultimate chill pill. The cap to another nine-to-five. The simple truth: “Evil One” is gooooood.

Sharply slicing into “Heaven to Hell,” Saldate lays big emphasis on a beefy beginning. Church and Tucker tightly wind the rising climax and take an unexpectedly-slow turn, letting a new voice delicately stitch the dirty shreds. Lucifer’s Johanna Sadonis veils the ominous tones with her guest vocals, giving “Heaven to Hell” an acid-dipped eminence. This track is the “Heathens” of Inside the Skull. Instant favorite.

“Psychic Visions” is the inbred offspring of a Danzig/Mastodon one-night-stand: dark and lumbering and…a prodigy. Luring listeners into the mind of a black widow, “Psychic Visions” is a lyrical tempest. Tangling her victims with “eyes like a mirror/to see the future clearer/she holds the keys to death/knows how much time is left.” Much like the song’s mesmerizing protagonist, Church lets his guitar taunt the very words he sings. Saldate’s shrill cymbals collide in massive unison with Tucker’s quaking bass. Don’t mess with a psychic woman.

While all ten tracks are of notable worth, the aptly titled “Inside the Skull,” “Give Me a Sign,” and “Night Bird” are also not to be missed. Paying homage to the past is a risk most certainly associated with death by comparison. In the decade of synth, pushing the pretty-colored buttons is all it takes to “create” some “music.” Yet, Beastmaker has proved that such comparisons are worthless when done by the right bands. Their original, always-live sound and grandma’s garage fuzz are right up there with attending the Kill ‘Em All tour—once-in-a-lifetime greatness (Hint-hint Metallica?).

Inside the Skull is a sludge-slaying beauty that Beastmaker should brag about all over town. Catch them supporting Zakk Sabbath (Zakk Wylde’s Black Sabbath cover band) on their North American Tour through June 10th and be sure to pick this album up. CrypticRock gives this album 5 out of 5 stars. 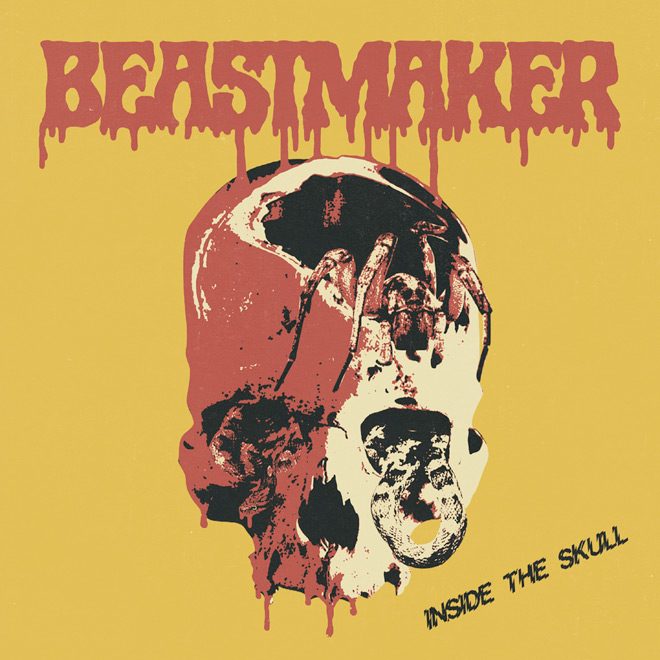 Asking Alexandria – See What’s On The Inside (Album Review) Wolfheart – Skull Soldiers (EP Review)
Like the in-depth, diverse coverage of Cryptic Rock? Help us in support to keep the magazine going strong for years to come with a small donation.