The name The Beastmaster might mean a lot more to people who used to watch cable television than it does anybody else. After all, the 1982 film was never a huge commercial hit, not at all helped by the fact that it was in as niche a genre as one could get. While the theme of dungeons and dragons may have been gaining popularity in such other films that year as The Sword and the Sorcerer as well as Conan the Barbarian, its appeal was far from mainstream, and the shameless fantasy of The Beastmaster had limited mass appeal. 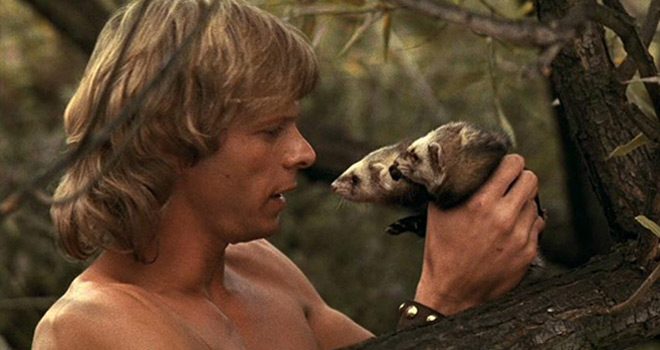 Premiering in theaters on Friday, August 20, 1982, it was initially released in 16 cities on 165 screens before opening in 8 more cities and on 66 more screens the following week. Up against other big films at the time, including Friday the 13th Part III and Mad Max 2: The Road Warrior, it still managed to come in fifth place in opening week grossings. Fighting for its place in box office rankings at the time, The Beastmaster only attained approximately a third of the estimated $9 million production cost. Thankfully there was the growing popularity of home video and cable television, and many would say these mediums give The Beastmaster new life. All the obstacles it faced make it an even more compelling story that the film has not been forgotten as it turns 35 years old.

Instead, repeated showings on aforementioned cable television such as HBO lead to the film growing far more popular with time, amassing something of a cult following. The film’s broad demographic appeal meant that television was precisely the right outlet for it to find its audience – no matter your age or gender, if one was the sort of fantasy fan that might like The Beastmaster, suddenly it was reliably available. In fact, it could be said that The Beastmaster is accidentally one of the early examples of a content production strategy now ubiquitous within the entertainment industry – the idea that media has a “long tail”, and that it is worth it to prioritize building a fanbase over time rather than focusing on a single release event.

Directed and co-written by the Phantasm franchise Creator Don Coscarelli, The Beastmaster‘s cast featured Marc Singer (BeastMaster series, Arrow series) as Dar, aka The Beastmaster, Tanya Roberts (Sheena 1984, A View To Kill 1985) as Kiri, Rip Torn (Men in Black 1997, 30 Rock series) as Maxx, John Amos (Coming to America 1988, Die Hard 2 1990) as Seth, and of course an Eagle that named Sharak, a pair of thieving ferrets called Kodo and Podo, as well as a black tiger whom is named Ruh. Featuring a simple story about a child who is stolen from his mother’s womb by a witch, the child becomes Dar, having the telepathic ability to communicate with animals. 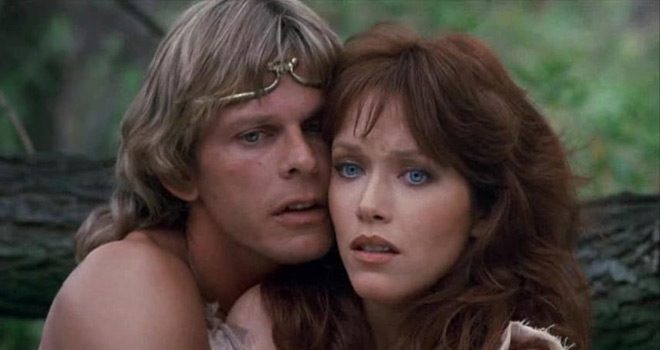 This relatively simple premise only helped it become a cult hit because it is easier for word of mouth to spread when the idea is easy to follow, and even easier to pick up the basics of the plot if you happened to jump in after the beginning. In fact, the film’s set-up is simple enough that it closely mirrors that of a multitude of adventure-based video games, where the intricacy of the story is deprioritized in an effort to put the experience of the player front and center.

As stated, the film’s main character Dar can communicate with animals and grows up in a village that teaches him how to fight – when said village is razed to the ground, he sets off on an adventure to avenge it, and so begins an earnest story steeped in a language of common mythology that made it accessible to just about anybody.

What many are not aware of however is that The Beastmaster is not an original property at all – instead, the film is adapted from a 1959 book by Andre Norton. However, it is important to note that the two works ended up being markedly different, with the screenplay going through years of drafts before the final product was put to film. After the film’s lackluster blockbuster showing, most in the production assumed that that was the last they would ever hear from the film. As stated before however, The Beastmaster is an early example of a film with a long tail – after nine years of cable viewings finally established enough of a fanbase, a sequel, Beastmaster 2: Through the Portal of Time, received limited theatrical release nine years after the original in 1991.

The audience that the original had cultivated allowed modest success for this first sequel, which paved the way for the 1995 television movie sequel, Beastmaster III: The Eye of Braxus. Both films featured Mar Singer returning as Dar, though further film sequels were decommissioned from there on out due to the dwindling returns. What is notable however, is that the property went on to receive a syndicated television series in 1999 under the name Beastmaster: The Legend Continues. 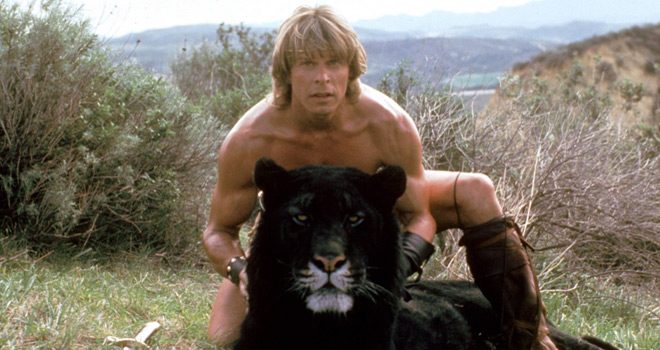 That all said, in some ways, the television show is the original’s true legacy, finding new success with a new generation of viewers, inching the series closer and closer to becoming cemented in the annals of pop culture. In other ways, the success of The Beastmaster shows that it may have always been better suited to be a television show – it was a media creation that worked when it was allowed to pick up speed incrementally rather than as any sort of flash-in-the-pan box office spectacle.

Even if its plot, its characters, and its production never raise to creative heights that would earn it a place in film history, The Beastmaster is still certainly notable. For real movie geeks, if you are perspective you will see the film’s original movie poster was parodied a year after its release in the movie poster artwork for National Lampoon’s Vacation.

All this said, The Beastmaster is notable for the story that surrounds the property, for how it showed media executives that a brand could pick up steam with time, and for being an early beneficiary of the fanbase culture that would explode in the new millennium. 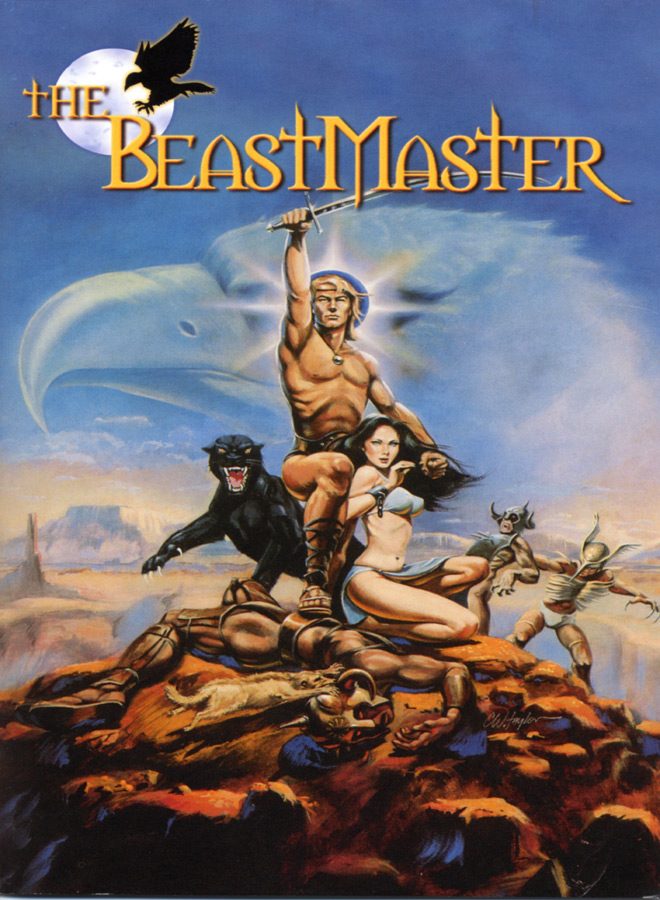