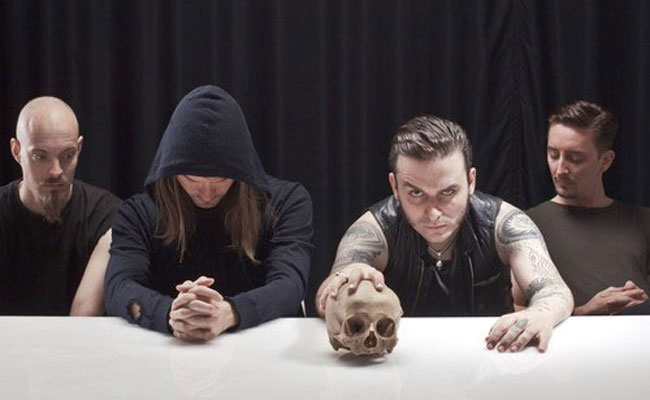 It is a foregone conclusion that the music we listen to affects us very deeply.  Some bands we love, while others leave no trace on our psyche, and still others outright repel us.  The number of new bands capable of truly blowing our doors off seems to lessen as we age.  This is the inevitability of experience – a sort of sensory “been there done that” which even the least cynical of us must face from time to time.  Suddenly amid this sprawl of predictable music there springs Climax, the debut album from a band known as Beastmilk, and just like that our wilting spirits are cleansed and renewed.

Formed in 2010 in Helsinki, Finland, Beastmilk is comprised of Goatspeed (guitarist and songwriter), Arino (bass), and Paile (drums).  Vocal duties and arrangements are handled by one Mathew McNerney, a British expat transplanted to the Finnish capitol.  Better known as Kvohst, the man behind the mic for such divergent, avant-garde acts as Code, Dødheimsgard, and Hexvessel; Beastmilk is a surprising project for a man known more for black metal and Satanic neo-folk than the self-appointed “apocalyptic post-punk” on offer here.

With Climax, Kvohst and company have captured the spirit of old Misfits, Joy Division, Echo & The Bunnymen, and early Christian Death, distilling their influences into a product that is all their own.  The opening trio of “Death Reflects Us”, “The Wind Blows Through Their Skulls”, and “Genocidal Crush” hit you with an immediate, medicated catchiness.  Echoes of the more groove laden moments of Sisters of Mercy massage your tympanums into a hypnotic haze of pure enjoyment.  Fittingly, the next track entitled “You Are Now Under Our Control” continues the smooth bass-lines and New Model Army-esque strut before the pace slows with the evocative “Ghosts Out of Focus”.  This song’s vocal lines are akin to Kvohst’s more eccentric leanings, as those he employed in in the band Code.  “Nuclear Winter” and “Fear Your Mind” ratchet up the Misfits worship, but these songs hold so much more gravitas than even Glenn Danzig’s famous outfit could muster.

It is clear that Goatspeed, who met Kvohst purely by accident, shares the latter’s musical pedigree.  His choice of guitar riffs and interesting tonal shifts speak of a history steeped in black metal and dark industrial.  The aforementioned “Fear Your Mind” is one of the album’s finest anthems; haunting gothic punk soaked in the spirit of Ian Curtis, rendered for life in the 21st century.

Beastmilk’s ability to craft superb odes to death and love continue without a hitch on Climax.  The quality of “Love in a Cold World” and “Surf the Apocalypse” ring out like the invigorating future classics they are.  They deliver us all too soon to ghostly album closer “Strange Attractors”, a brooding six minutes that flows through our veins like a loaded syringe of diazepam.

It is worthy to mention that this amazing album was produced by Keith Ballou of Converge, a man who knows his way around a mixing board.  If most new music leaves you feeling indifferent and unsatisfied, Beastmilk’s Climax is the light at the end of the tunnel.  CrypticRock gives this album 5 out of 5 stars. 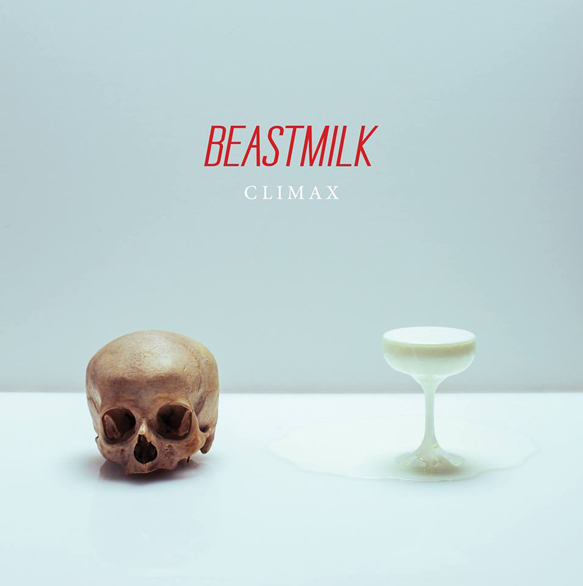 Review written by Nicholas Franco
Like the in-depth, diverse coverage of Cryptic Rock? Help us in support to keep the magazine going strong for years to come with a small donation.
Print page
0 Likes