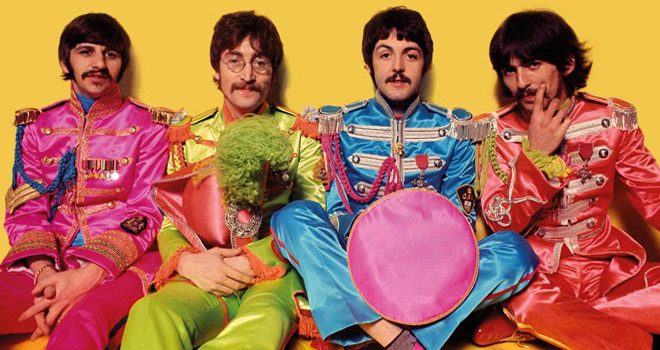 It has been 50 years since the Beatles released one of the most iconic albums of all time, Sgt. Pepper’s Lonely Hearts Club Band, and the album, like essentially all of the Beatles’ music, elicits just as much joy today. The eighth studio album from the lads from Liverpool, released on June 2, 1967 in the United States, was an immediate critical and commercial success, sitting comfortably at the top of both the UK and US album charts for 27 and 15 weeks, respectively. It also sold a reported 2.5 million copies by August of 1967 in the US. These sort figures had not been matched up to that point, and for the Beatles, it would be a career game-changer.

But, beyond its accolades, which included four Grammy awards in 1968, including the first Album of the Year Grammy to be awarded to a rock album, Sgt.  Pepper’s Lonely Hearts Club Band was revolutionary. It was released during a time of change when mind-altering drugs and psychedelic music were an escape from the surrounding tensions and conflicts of the late ‘60s.

There was also a degree of artistry that went into the album that had not really been done before. The album cover, which iconically depicts famous figures from history and Pop-culture like Marilyn Monroe, Shirley Temple, and Edgar Allan Poe, among others, resulted in designers Peter Blake and Jann Haworth receiving a Grammy for Best Album Cover, Graphic Arts, which was also the first time a woman won in that category. Along with the famous cardboard cut-outs, the Beatles sported mustaches, which reflected the Hippie style of the time. Both the music and the cover art were a significant transition for the Beatles. It was a purposeful shift from being regarded as a floppy-haired, teen-adored boy band to reinventing themselves as innovative artists.

All this in mind, it was obvious the Beatles had showed growth and maturation on previous albums such as 1965’s Rubber Soul and 1966’s Revolver, but visually and artistically, Sgt. Pepper’s Lonely Hearts Club Band broke the mold that everyone had become accustomed to. Wth that, it allowed the Beatles to explore their sound and experiment with traditional music format in extending the length of their tracks from the existing standard.

Furthermore, as the tide of Rock music began to change with the onslaught of hallucinogen-inspired work from artists that included Pink Floyd, some critics thought the Beatles era was over. But, after touring in 1966, the Beatles went on hiatus for the first time in their career. It proved to be the best thing for the band. During their time off, John Lennon wrote “Strawberry Fields Forever,” which became the first track recorded during the sessions for the Sgt. Pepper’s Lonely Hearts Club Band’s album, but did not actually make it onto the album after EMI demanded an appetite-whetting single. It was issued in advance of the LP as a double A-side with “Penny Lane,” two of the Beatles’ most treasured songs and a major regret for Producer George Martin.

Sgt. Pepper’s Lonely Hearts Club Band was ultimately the brainchild of Paul McCartney, who came up with the idea to create alter-egos on his flight back to London from traveling in France and Kenya. He was tired of the boy band label and thought of reinventing the Beatles as a band of alter-egos with very spoofy uniforms to boot. After the release of the “Sgt. Pepper’s Lonely Hearts Club Band” song, McCartney suggested the band release an album as the made up Sgt. Pepper’s band, which would essentially allow a rebirth as they could experiment with their sound, adding layers and textures that would not normally be associated with Pop or Rock music.

While celebrated by the majority, some felt Sgt. Pepper’s Lonely Hearts Club Band was the antithesis of Rock. Its conceptual nature of a fabricated band, the lush and ambitious soundscapes, and the production’s use of new technology, including the Mellotron, did not equate to true Rock-n-Roll, according to purists who believed their music should be guttural. Is that not the point though? This was the Beatles’ method of self-expression in a time where the mind could wander into the ether.

It was also a creative surge for McCartney, whose ideas dominated the album. He wrote more than half the album’s content, while also becoming more involved at the production level. The band was able to spend much more time on the album, taking a reported 129 days and a total of 700 hours to record Sgt. Pepper’s Lonely Hearts Club Band as opposed to 1963’s Please Please Me, which took a little over 9 hours. The result of this new approach and creative process was a collection of tracks that equaled one of the most influential albums in history.

Filled with memorable tracks, it is fascinating to think about how certain techniques elevated the compositions on Sgt. Pepper’s Lonely Hearts Club Band, whether it was the use of aleatoric composition with a 40-piece orchestra, modulations, or falling chromatic scales. Up for a new challenge, the Beatles wanted to create something different than anything they had done before, and they succeeded. Songs like “Lucy in the Sky with Diamonds,” which many speculated spelled out LSD with the first letters of each of the nouns, was actually inspired by an illustration by Julian Lennon, is the epitome of a dream world. In addition, “Within You Without You” and “She’s Leaving Home” have an underlying sense of hope, and “With a Little Help from My Friends” triggers a sense of warmth and fills your heart, especially if you grew up with Joe Cocker’s version watching The Wonder Years. Lastly, the album concludes with  “A Day in the Life,” arguably one of the best Beatles songs ever. Here they end the album on a very odd note where a 15-kilohertz high-frequency tone is heard. Directly following is backwards laughter and random incoherent speech. If looped backwards, Lennon can be heard saying, “been so high,”followed by McCartney’s saying “never could be any other way.” Odd, but this is coming from a visionary band like the Beatles.

Everyone knows the Beatles are music royalty, but even they faced a time when they were doubted. Sgt. Pepper’s Lonely Hearts Club Band was an opportunity to evolve the way they chose to. It not only cemented their status but defined an era, encapsulated the mood of the times and influenced the future of music even 50 years later. 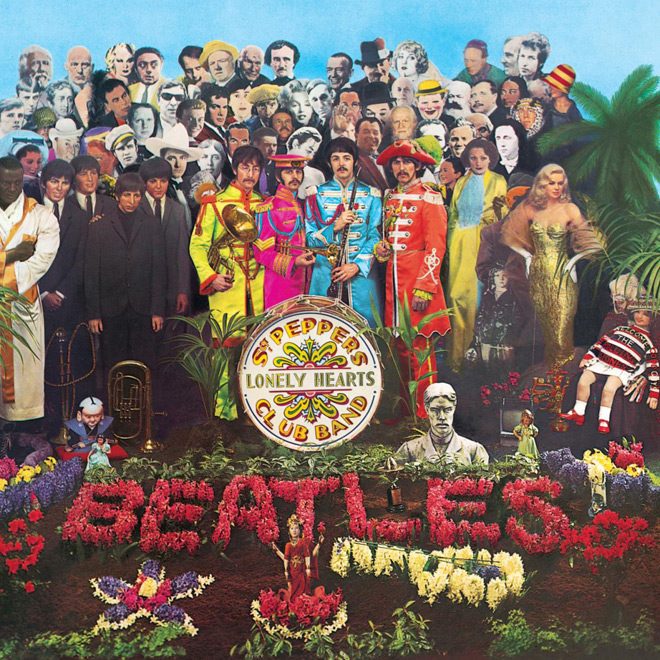