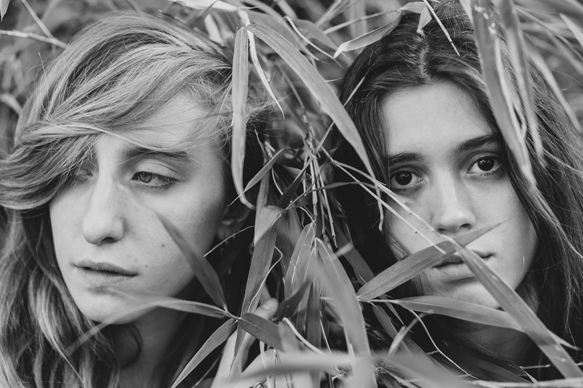 New York City based Beau began as two young teenagers writing music about their daily struggles in school. Their early songwriting process involved using drama at school to write quick songs, when the two members were only thirteen years old at the time. Heather Golden and Emma Rose Jenney, best friends and songwriting partners, have been known to make an effort to maintain their “East Coast” sound, which definitely stands out on their debut full-length album, That Thing Reality. Released on March 11, 2016, their Folk-Rock sound carries the album with waves of upbeat jams in between morose ballads, featuring soulful vocals akin to American classics such as Nancy Sinatra.

Even up until the release of That Thing Reality, Beau has flown relatively under the radar when it comes to popularity, which seems unjust for the well-produced, energetic music that they offer. This energy is first heard in the builds of the album’s opener “C’mon Please,” where listeners are also introduced to the powerful vibrato in Golden’s vocals. Then, “Jane Hotel” is a look back on an adventurous ex-lover. Here, Jenney’s guitar plays with the same drunken vibrato as some slower songs from the Arctic Monkeys, whom Beau’s music shares a great resemblance with. Perhaps if the Arctic Monkey’s were women, and had picked up acoustic guitars instead of electric.

They quickly regain their energy with the upbeat “Mosquito,” a Pop-like jam showcasing some of Golden’s best vocal work as she slides up and down the scale with playful grace. The first single from the album, “One Wing” finds Golden desperately finding reasons to be with someone, in a way that almost seems like her begging them to stay with her. Then comes the powerful acoustic ballad “Oceans” with lyrical themes of the intense feeling of a failing relationship, described by comparing the feeling to that of drowning, as Golden sings, “We drowned in the water where the tides just came harder, the waves were crashing through and the water was seeping in.”

Keeping the music extremely personal, Golden addresses her personal demons in her beautiful falsetto on “Leave Me Be,” another slow-moving acoustic ballad. Showing more diversity, Beau embraces elements of Surf Rock on “Soar across the Sea,” which is a fast, fun tune describing a long distance relationship. The funky bassline on the song gives it an almost Beach Boys-like vibe. Then the album sadly comes to a close with “Lullaby,” one final acoustic ballad. No form of percussion is present in the track, which helps it live up to its name, and makes it a calm and wistful closer.

Beau’s first effort is a strong one. Musically, That Thing Reality progresses while constantly transitioning from slow, soft tracks to upbeat, classic American Folk-Rock songs. The vocals are incredibly well-done throughout, and fit in well with the choice of instruments. The album’s faults to some may fall primarily within the lyrics. It is not to say that Beau did not do an exceptional job describing these situations, but rather that the inspiration may seem very similar to those listeners have heard before. Although, inspiration is objective and Beau stays true to what matters to them. Nonetheless, this talented duo has come forward with an impressive debut showcasing their musical skills and a lot of potential for their future work. Crypticrock gives That Thing Reality 3.5 out of 5 stars. 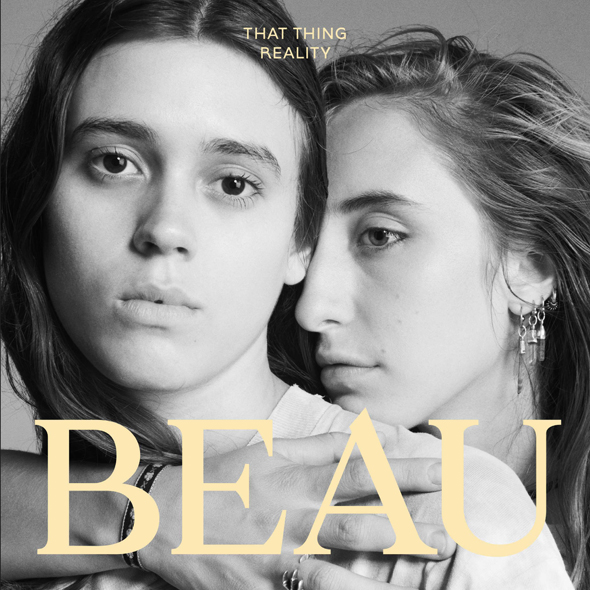