What happens when a loved one enters a coma? Do they dream? Are they brain dead? Directed by Joel Vallie and written by Vallie alongside Eric Machiela, Beautiful Prison touches on those questions in the Drama, Romance, Horror film released on July 12, 2016 via Midnight Releasing. Filmed in Mexico, with English language and occasional Spanish subtitles, Beautiful Prison takes the viewer on an emotional ride of what it is like dealing with past demons, fighting to focus on work, trying to be who one wants to be, and taking control of one’s situations.

Brother and Sister, Ben (Kaelin Stockwell: The Adventures of Mickey Matson and the Copperhead Treasure 2012, God’s Not Dead 2014) and Angela (Kristen Barrett: War of Resistance 2011, Return to the Hiding Place 2013), have been through a nightmare of a childhood. An abusive father (Liam Mathews: The Last Big Attraction 1999, Batman v Superman: Dawn of Justice 2016), witnessing the murder of their mother (Valentina Arnold: The Last Big Attraction 2010, Oblivion 2011), the suicide of their father, and the head injury that caused Ben to become mentally handicapped.

Fast-forward to when they are now grown up. Angela has married Chente (Ernesto D’Alessio: DKDA: Sueños de juventud TV Series, Under The Same Moon 2007), the boss in a factory that Ben has been given a job at. Chente is asked to pay Ben’s bills, to his dislike. Angela also seems to favor Ben by bringing him a special lunch and enlisting Jerry (Benjamin Chamberlain: Endless Bummer 2009, Ovation 2015) to help Ben grocery shop. Seeming like the only true friend Ben has, Jerry tries to cover up for Ben’s mistakes on the factory line and help him focus.

Ben passes his time watching re-runs of a TV series starring Jubilee (Leila Garza Stockwell: Roommates TV series, ISRA 88 2016); something that is very special to him. As his condition causes many arguments between Angela and Chente, it only seems as if it is a matter of time before something drastic happens. After Jerry being fired over one of Ben’s mistakes, Ben confronts Chente during dinner, which leads to Chente throwing Ben out of the house and into the street. After an altercation, Ben stumbles into the street to where he gets hit by a passing vehicle. Rushed to the hospital, where they perform surgery to try to save his life, the story of Beautiful Prison begins to unfold.

Ben seems to have made a miraculous recovery. Waking to find he can understand Spanish, has an improved intelligence, and can move objects, among other abilities, he begins his new life. But, things are not what they seem. Soon, Ben begins to see demons, some of which are people from his past memories, experience his arm gushing blood, and people coming to visit, yet not making sense when they speak to him. Ben becomes confused and scared, as anyone would be. Is this all a dream as he lays in a coma, or is it reality? In a fight to come to terms with his past and his future, he soon comes to the realization this is, in fact, a fictional world all inside his head. In this world, he must confront his father and what has happened to him in his life. He must also make a decision to go back home to his real life, or live in his fantasy world where he built a relationship with Jubilee. What will his decision be?

Although a slow start to build the story, with mediocre to well-done acting, Beautiful Prison is well-written with a unique take on a storyline that makes up for everything else, and warrants a must-watch for the answer to this question. Camera use was inventive to complement the dark moods that are reflected in the lighting and tone of the movie. In addition, humor and romance are also interjected to give those who scare too easily a little fun and enjoyment. Above all, Beautiful Prison taps into a series of topics that are still unknown about individuals suffering brain damage or in a coma. What is reality? What is right, what is wrong? What essentially gives someone the most resolve in their complicated lives?

Vallie is one to keep an eye on for future projects. His talent is obvious and can only improve with experience and exposure. With the surprise ending of Beautiful Prison, one has to wonder if a spin-off or sequel may follow since Angela has her own demons as well. For inventiveness, originality, a good mix of humor, romance, and horror, CrypticRock gives Beautiful Prison a 3.5 out of 5 stars. 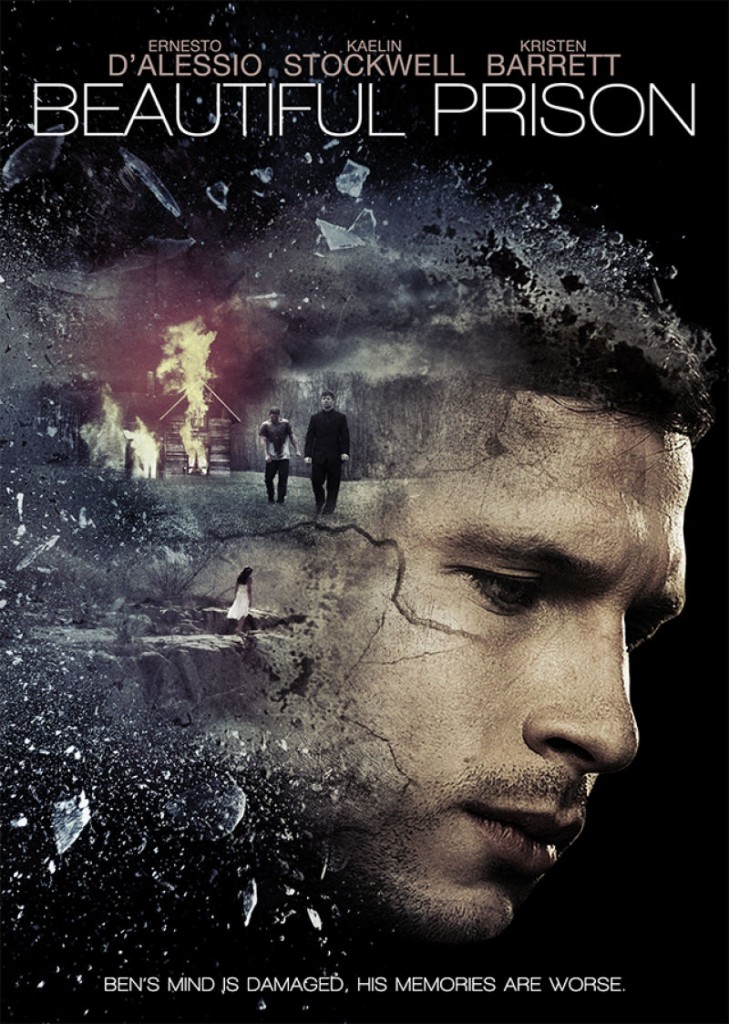