Beauty and The Beast (Movie Review)

Disney has been remaking many of its classic, animated features as live-action films for almost a decade now, and their most recent reboot puts a fresh spin on a tale as old as time.  Sweeping its way into the hearts of the world on March 17th, 2017, Walt Disney Pictures and Mandeville Films released the newest version of beloved Musical classic Beauty and the Beast. Directed by Bill Condon (Dreamgirls 2006, The Twilight Saga: Breaking Dawn, Part One 2011), the film was adapted from the original by writers Stephen Chbosky and Evan Spiliotopoulos. It debuted worldwide to gross over $350 million in its opening weekend, breaking numerous records. 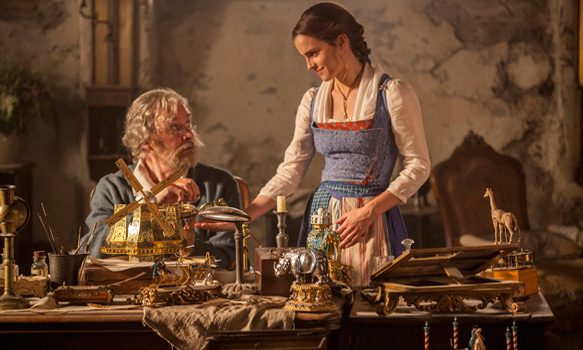 Emma Watson (Harry Potter films, The Perks of Being a Wallflower 2012) plays titular Belle, with Dan Stevens (Downton Abbey series, Legion 2017) opposite as the Beast.  The remake remains mostly true to the 1991 animated classic, following Belle as she strives to break free of her provincial life while the Beast struggles to regain his humanity. Luke Evans (The Hobbit: The Desolation of Smaug 2013, Furious 7 2015) plays the vain, machismo man Gaston, while his loyal lackey LeFou (Josh Gad: Frozen 2013, Pixels 2015) suffers under the painful secret of his own crush.

The film invited a plethora of A-list actors to be its guests: Emma Thompson (Nanny McPhee 2005, Saving Mr. Banks 2013) is the fabulously fun Mrs. Potts, and Ewan McGregor (Star Wars: Episode III: Return of the Sith 2005, Fargo series) stars as the heavily-accented candelabra Lumière, among many others.

The stellar cast of performers bring a level of Broadway majesty to the film and perform with both enthusiasm and charm. Evans and Gad are especially brilliant in their parallel storyline; the pair play off one another in a fun, colorful fashion and allow the audience easier access to their humanity than in the original film.

Watson is a competent Belle with a clear, beautiful voice; her performance is at its best when she taps into Belle’s playful, inquisitive side and allows the role to take over. As confident as she is, however, she does not seem to fully embrace what it means to be a Disney princess. No one desires a vapid, dreamy princess anymore and Belle in the animated version has a passionate, almost reckless disregard for the world around her.  Watson interprets the role as more determined and subdued – yet still independent – but missing some of the sense of wonder and release that is present in the original. 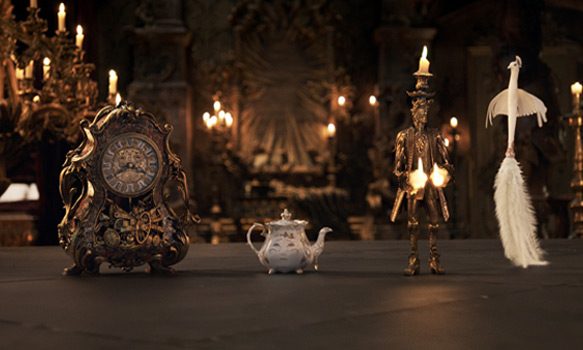 The live-action film follows a similar vein to the original and we are introduced to characters and a somewhat darker world of fairy tale in the first half of the film, though it feels somewhat forced. Although once all of the characters have been established, the groundwork is laid and Belle is in the castle, the movie beautifully recaptures the nostalgia and whimsy of the past.

One of the best sequences is set to the song “Something There” – where Belle and the Beast are getting to know each other – and the movie would have benefited if those scenes were longer. Despite this flaw, the sets and effects are gorgeous, with exquisite attention to detail throughout the film.

On the subject of the music and musical score, some may consider the film’s treatment a touch too Broadway but it never overwhelms the story; Condon manages the balance well and the songs serve only to enhance the gleam and heart of the movie.

Alan Menken returned to write several new songs for the live-action version, all of which felt natural. Stevens provides a brilliant performance of new song “Evermore” that resonates with the film’s themes of love, yearning to belong, and finding oneself.  The only exception to the above is Thompson’s rendition of  the theme song “Beauty and the Beast,” which while beautiful, could never surpass Angela Lansbury’s original. 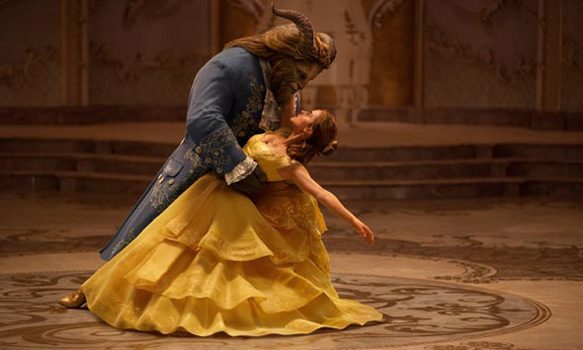 Ultimately, the film is successful on a variety of levels and it accomplishes a live-action version that feels authentic instead of distracting; it captures the nostalgia but refreshes the classic in small but meaningful ways.

The controversy about an “exclusively gay moment” is overblown and if it had not been mentioned in the media repeatedly, most people would miss it entirely. Besides, Beauty and the Beast is a film specifically about inclusion and finding your way in this world: it is about love, humility, and being decent human-beings.  Another triumph for Disney and their many, many fans, CrypticRock gives Beauty and the Beast 4 out of 5 stars. 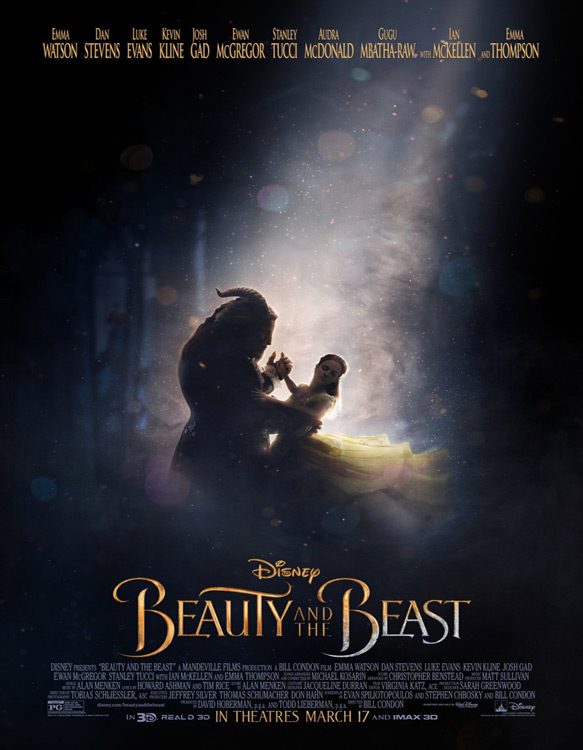