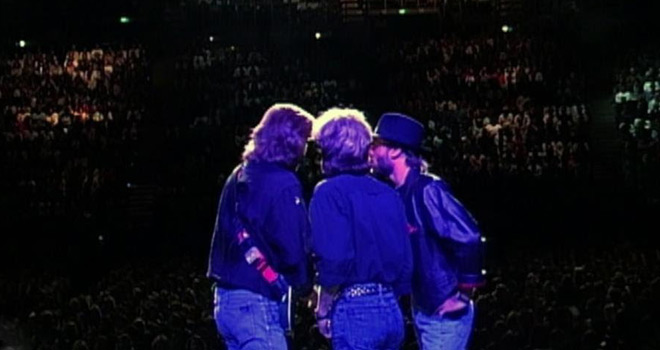 The story of the Gibb brothers is quite an interesting one. It dates all the way back to 1955 when twin brothers Robin and Maurice, along with their older brother Barry, formed a band called the Rattlesnakes. Little did they know within a few years they would go on to form one of the biggest bands of all-time, affectionately known to the world as The Bee Gees.

With a great deal of success in the 1960s, showcasing a Folk Rock sound, through ups and downs, over a decade later, The Bee Gees took their songwriting talents to a new level, re-inventing themselves and dominating the charts during the peak of Disco craze. There re-emergence was most evident in 1978 when they were responsible for writing and/or performing 9 of the songs in the Billboard Hot 100. Key contributors to the 1978 Saturday Night Fever film soundtrack, the album has sold more than 40 million copies worldwide, making it the 9th best-selling album of all-time and etching the Gibb brothers in the history books as an elite act.

All this in mind, anyone who doubts the importance of The Bee Gees to the history of Rock music, only Elvis Presley, The Beatles, Michael Jackson, Garth Brooks, and Paul McCartney have out sold them. That is why it is important to look back on the history of this epic band, and what better way to do so than to indulge in a live performance.

In most cases we judge the talents of an artist based on their live performance because that is when the music truly connects with us on a deeper level. Such is the case with The Bee Gees’ 1989 world tour in support of their eighteenth studio album One. Their first global tour in a decade, they visited the US, Europe, Japan, and Australia. Speaking of the land down under, fortunately for their fans, they documented a night in November of 1989 at The National Tennis Centre in Melbourne. Now this special piece of audio/video history, Bee Gees One For All Tour Live in Australia 1989, is set for release on DVD, SD Blu-ray, and digital via Eagle Rock Entertainment on Friday, February 2, 2018.

So why should fans purchase this concert video for their collection? Well, the reasons are endless, but let us start with the importance of it to the overall story of The Bee Gees. For one, the 1989 One For All Tour came a year after the tragic death of the band’s younger brother Andy Gibb, no doubt leaving them in emotional distress. Additionally, they were faced with a great deal of change internally as they prepared to record One, including bringing in new players for the first time in 20 years.

If this was all not enough, The Bee Gees had something to prove, if not for the masses, but for themselves that they could still produce a hit single. Tremendous songwriters, much like decades past, they adapted to the changing times and produced a top 10 single once again in the USA with One’s lead single and title-track. Riding high on various emotions, they took to the road in support of One and bravely embarked on documenting their first live concert on tape since Here at Last… Bee Gees… Live in 1977. Naturally one would think the band may be a little nervous, but the Gibb brothers have been known to rise above any turmoil thrown their way.

Additionally, it also seems that choosing Australia as the time and the place to record a show on the One For All Tour was a great decision for several reasons. As most of us know, a world tour can be a huge undertaking, and in most cases the first few shows are a good way to get the kinks out. We also know that sometimes at the tail-end of a tour performers can become exhausted and worn down. That in mind, the Australian show landed right in the middle of the tour schedule, assuring that The Bee Gees were in prime form.

Performing in front of a packed house of fans, they certainly put on a delightful performance that not only concentrates on the One album with songs such as “Ordinary Lives,” “One,” “Tokyo Nights,” “It’s My Neighborhood,” as well as Maurice taking lead on “House of Shame,” but also mixes in classic tracks from years prior. Of course there are limitations when picking a live set and not every song can make the final cut, but it safe to say the song selection for Bee Gees One For All Tour Live in Australia 1989 is superb.

There are favorites including “To Love Somebody,” “I’ve Gotta Get A Message To You,” and the beautiful “Words,” a rendition where Barry playfully interacts with the audience. Then there are other memorable songs including “New York Mining Disaster 1941,” “Holiday,” and “Too Much Heaven.” They even mix in some tracks they wrote for others, yet never recorded themselves, including “Heartbreaker,” made famous by Dionne Warwick, as well as “Islands in the Stream,” made a hit by Kenny Rogers and Dolly Parton.

With an extensive set, ranging over an hour and a half, there are too many special moments to name each and everyone, but standouts of course including “World,” “Spicks and Specks,” a heartfelt tribute to Andy Gibbs as the Brothers Gibb team up center stage for “How Deep Is Your Love,” before “I Started A Joke,” “Massachusetts,” “Stayin’ Alive,” “Jive Talkin,” before concluding with “You Should Be Dancing.”

Beyond great music and a equally great performance, the restored sound quality of Bee Gees One For All Tour Live in Australia 1989 is superb – both crisp and clean, yet strong and potent. It is also highly recommended to experience the concert in 5.1 surround sound if you have the means. This will allow you to truly pick up the essence of what it may have been like to be there live in the flesh.

There are so many reasons this concert has significance to the story of The Bee Gees. Most of all, it really shows how amazingly talented of a band they truly are. From the harmonies, to the songwriting, to their ability to adapt to change. Sadly, in 2018, the only surviving brother is Barry, with Maurice passing on suddenly in 2003 and Robin in 2012 after battling illness. Fortunately, at 71 years of age, Barry is still very active, releasing a new studio album as late as 2016, entitled In The Now. 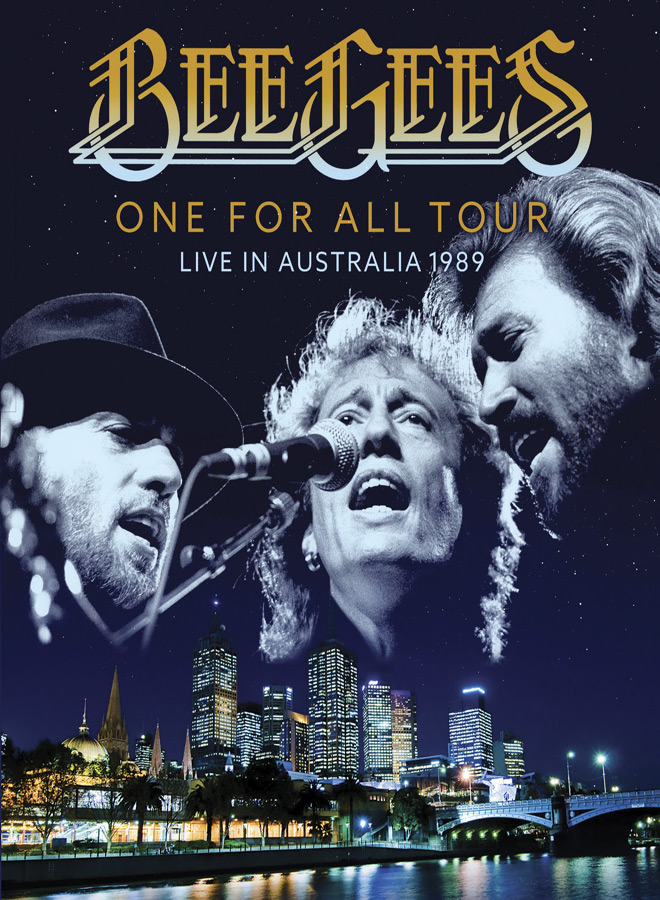 Purchase Bee Gees One For All Tour Live In Australia 1989: