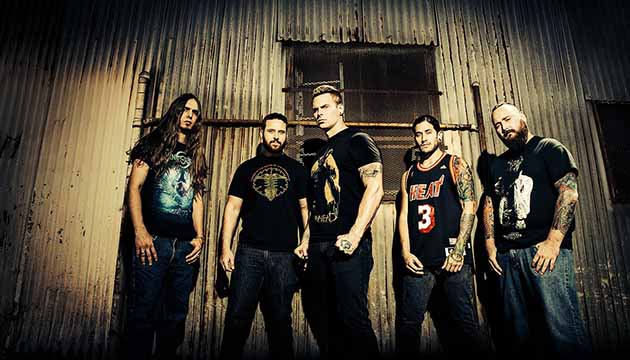 On Valentine’s Day 2012, the modern Metal band by the name of Before the Mourning was born in Los Angeles, California.  The brainchild of Drummer Phil Gonyea, sustaining some lineup changes, the band is completed by Vocalist/Lyricist Adam Ryan, Bassist Paul McBride, along with Guitarists CJ Cussell and Jeff Stevenson. With a broad range of influence from Metal bands like Pantera, Katatonia, and In Flames, Before the Mourning’s vision of melody, darkness, and brutality come together in their own style. Spending two years finding their way, fine-tuning, and honing their sound, in 2014 Before the Mourning was ready to be released on the world.  Through the first part of 2014, Before the Mourning cut their teeth and paid their dues on tours such as HellPop II with In This Moment and Butcher Babies as well as performing at renowned venues such as The Roxy and The House of Blues with the likes of All that Remains.  Their reputation preceded them, thus, Logan Mader, the former guitarist for Machine Head and producer of Gojira, Five Finger Death Punch, and Fear Factory, looked to work with them. Now in 2015, their anticipated debut record co-produced by Mader entitled Etherial End is set for release on August 21st via Street Smart Recordings.

Eleven tracks in all, Etherial End is a high-octane soundtrack of raw emotion.  For example, the first track, “The Deception,” contains a melodic intro that is deceptively Alternative Pop akin to Sheryl Crow’s “All I Wanna Do.” Then, Goynea’s speedy drums kick in, accompanied by Cussell and Stevenson’s guitars as McBride’s bass hovers around, swooping in throughout the track. Meanwhile, Ryan’s screams tell a story of saving a girl in a bad relationship, evident by lyrics such as, “I know everything about you/I’ve heard everything you’ve done…Take a look around/you’ll see your life has turned to shit/You’re too busy crying over who to blame for it…She’s in danger/He will break her/someone save her.”

Next is “Raised by Wolves” with an ethereal beginning turning to an upbeat percussion piece…albeit a tad slower than the previous song.  This track shows off a little more of the guys’ harmonized vocals while retaining the searing riffs and John Bonham-speed drums as Ryan talks of living life different from the norm of dog-eat-dog, expressed in words of, “I’m not one of the weak…It was the wolves that raised me/to feed on the sheep.”  A power ballad follows in “Honesty,” a melodic riff-laden piece that harkens to Breaking Benjamin and tells of past experiences jading one into not believing anything, as Ryan sings, “How long will it be/before you notice/everything we had is gone.”

Following is Before the Mourning’s first single, “Another Sleepless Night.”  This track tells the story of the dissolution of Ryan’s relationship and subsequent self-medication to cope, bringing the listener back to the balls-to-the-wall Metal as the guitars burn and drums beat, followed by the lyrics, “Another sleepless night alone/An empty, broken home.”  Continuing with the broken relationship theme is the short “Continuum,” which tells of the unpredictability of life with its melodic Thrash intro as the Gothic-style vocals slide in with accompanied screams of, “I can’t help the way I felt/the love we made/it blew away.”

Moving onto “A Devil with No Name,” the pace slows down a bit with an airy intro before riffs break in and carry throughout with Goynea’s drums. No less hard-hitting, the drums are keyed down in pace as Ryan’s vocals alternate between melodic and screaming in this story of selling out and redemption.  More hard-hitting is on the menu for “The Black Day,” a track of tight, blistering riffs and Before the Mourning’s patented hyper percussion led by Ryan’s story of getting sucked dry by toxic people, as he sings,“Things never work out the way we want them to.”

A Funk/Thrash intro brings in “No Redemption” before the growling begins, metered by drums and bass. Then the Gothic vibe returns in the intro of “The Hidden” when the drums kick in containing a melodic underscored riff carrying throughout the track, speaking about the psyche we try to keep hidden, but it always threatens to boil over. Showcasing all of the band’s musical talents, “Etherial” is a genre-bending blend of Electronica and modern Metal/Thrash with a smorgasbord of lightening fast riffs and beats with a message about life after death.

Just as the feelings expressed in Etherial End, Before the Mourning is precise like a striking cobra with the elegance of a panther, musically and vocally.  With a bit of misdirection in some of the intros, each track is like Christmas; as they unfold, the beauty within is seen.  It will be interesting to see what the future holds for Before the Mourning as they continue to grow.  The band will be on tour with Fear Factory, Once Human, and The Bloodline from August 23rd through mid-September in support of the record as they build their fanbase.  CrypticRock gives Etherial End 5 of 5 stars. 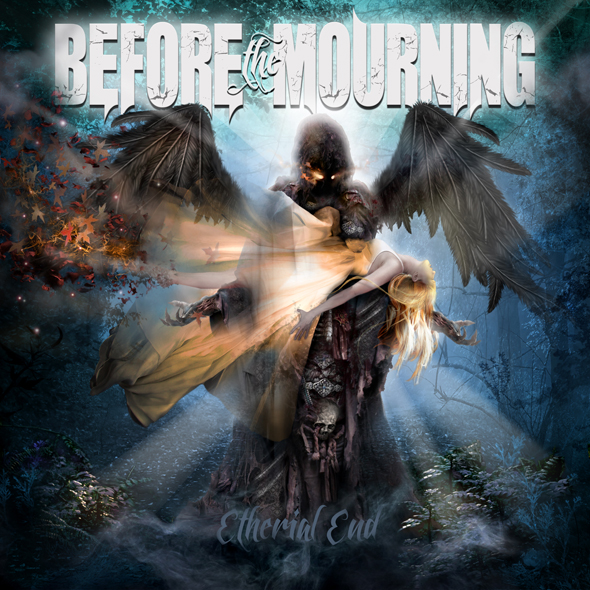