Before We Vanish (Movie Review)

Kiyoshi Kurosawa’s Before We Vanish is many things at once. Originally titled Sanpo suru shinryakusha, it mixes a bit of humor, some spooky themes, a few nods to traditional Japanese Horror, and, of course, alien invasion. It is not, however, your typical alien invasion packed with CGI and too-many explosions. Instead, Kurosawa painted a touching tale that asks what it means to be human. Arriving in theaters Friday, February 2, 2018 through Super LTD, Before We Vanish plays on the 1958 classic Invasion of the Body Snatchers brain-stealing trope with a charming-yet-creepy twist in Kurosawa’s thoughtful twentieth feature. 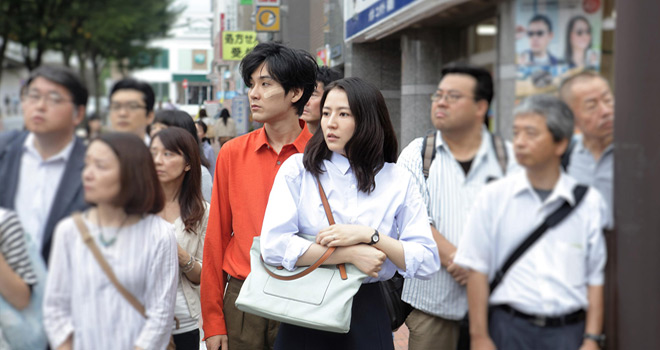 Presented in Japanese with English subtitles, the film’s gruesome opening scene sees a young girl, Akira (Yuri Tsunematsu: Sakurada Reset Part II 2017, Haruchika: Haruta & Chika 2017), in a school girl’s uniform, coated in blood, and surrounded by bodies before she takes a gleeful, bloody stroll down the middle of a busy road. The scene calls back to classic Japanese Horror flicks including films like Kurosawa’s 1998 film The Cure, but it leads viewers to believe that Before We Vanish is an entirely different beast. The scene is far more graphic than anything else the film will offer up in its lengthy runtime, but it is an interesting juxtaposition to the hazy story that follows it.

In a seemingly unrelated tale, Narumi Kase (Masami Nagasawa: Crying Out Love in the Center of the World 2004, Godzilla: Final Wars 2004) struggles with her husband, Shinji Kase (Ryûhei Matsuda: The Great Passage 2013, The Raid 2 2014), and his abrupt personality change. The viewer quickly discovers that Shinji, like Akira, are alien invaders sent on a reconnaissance mission to evaluate the human race before their species comes to invade the planet. Where once the couple constantly fought, Shinji is now entirely dependent on Narumi. Shinji asks Narumi to be her guide as he learns more about the human race by taking their “conceptions” and installing them into his own conscious. He soon realizes that when he takes these “conceptions” from others, they are removed from that person’s being. Narumi must come to terms with Shinji as the two rebuild their relationship from the ground up. 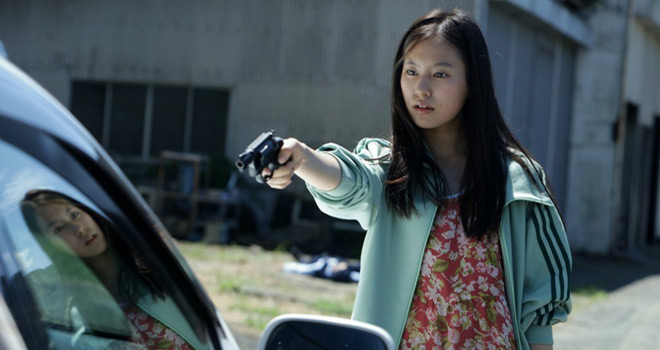 Akira eventually teams up with her “comrade” Amano, and they recruit the embittered journalist Sakurai (Hiroki Hasegawa: Shin Godzilla 2016, Second Virginity 2011) to be their guide as their story unfolds into a delightful devil-may -are exploration of the human consciousness. While their main goal is to meet up with Shinji and send the signal that will trigger the end of humanity, Shinji’s journey of discovery takes him on an entirely different path.

As far as alien invasion movies go, Before We Vanish is extremely low-tension, and yet that is why it succeeds. If you are on the hunt for an action-packed thrill ride, look elsewhere. Before We Vanish is a hushed story in which events unravel at a drawling pace. It plays out more like a slice-of-life tale—sometimes it truly is—but the dark Science-Fiction elements never quite allow the film to be as idyllic as its visuals might lead you to believe. Occasionally its scenes outstay their welcome; the film may have benefited from tighter editing (its runtime is a lengthy 130 minutes), but then viewers might have missed out on its most human moments.

As breadcrumbs of details are dropped as the viewer learns more about both the human and alien characters, it is difficult to know who to root for. On the one hand, the aliens are so nonchalant and charming about their plans for invasion that they hardly seem like a threat, but on the other, you are supposed to root for humanity… right? 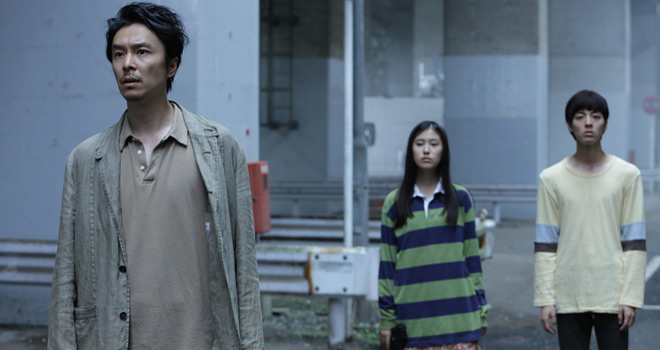 However, the aliens sometimes prove that humanity might be better off without certain concepts. Narumi’s predatory boss flits around his office gleefully tossing blueprint paper airplanes after losing his concept of “work,” and a young man plagued with anxiety is freed from a hermetic life of anxiety when Shinji takes “home” from him. But there are darker sides, too. Narumi’s fun-loving sister suddenly turns at the loss of “family,” and Amano left his parents as little more than glassy-eyed zombies after taking innumerable concepts from their conscious. Small details like these are where the true conflicts of Before We Vanish are hidden.

What is the concept of love? And what happens if love is taken away? These are the questions at the true heart of this film, and its ending is sure to surprise the viewer. For its moving, thought-provoking, and intricate story, CrypticRock gives Before We Vanish 4 out of 5 stars. 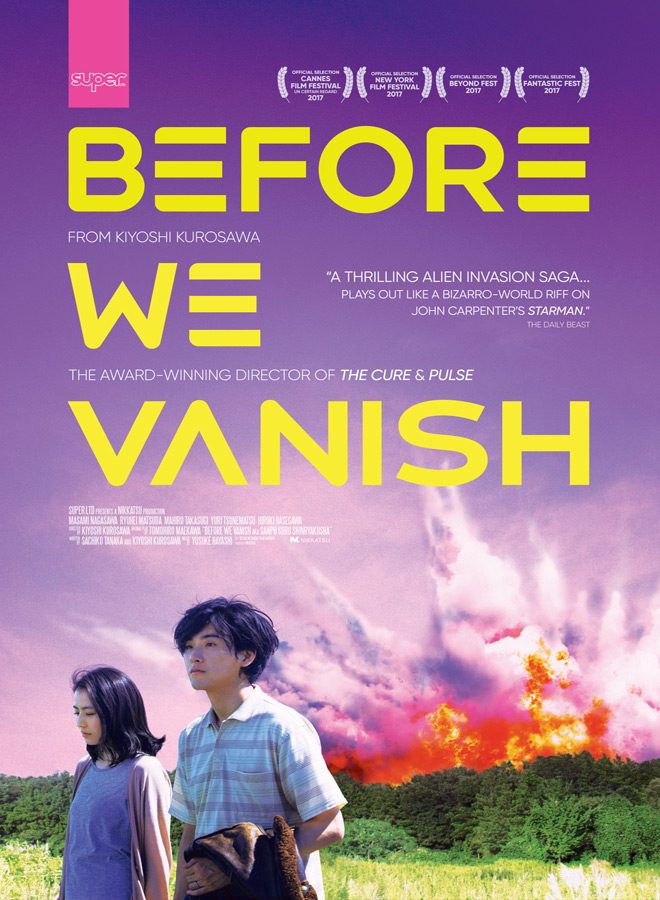