Released in theaters on June 22nd, and scheduled for release on DVD/VOD as of July 11th via Indican Pictures, comes the new Comedy Thriller A Beginner’s Guide To Snuff. From the minds of The Butcher Brothers – Director Mitchell Altieri (April Fool’s Day 2008, Holy Ghost People 2013) and Writer Phil Flores (The Hamiltons 2006, Holy Ghost People 2013), their award winning latest film stars Joey Kern (Cabin Fever 2002, Bloodsucking Bastards 2015) as Dresden and Luke Edwards (The Wizard 1989, Little Big League 1994) as Dominic, two brothers trying to make it big in Hollywood with a bold new movie venture. Unfortunately, when that venture crosses into the territory of simulated snuff, they soon find themselves trapped in a cycle of violence that is never easy to climb out of… 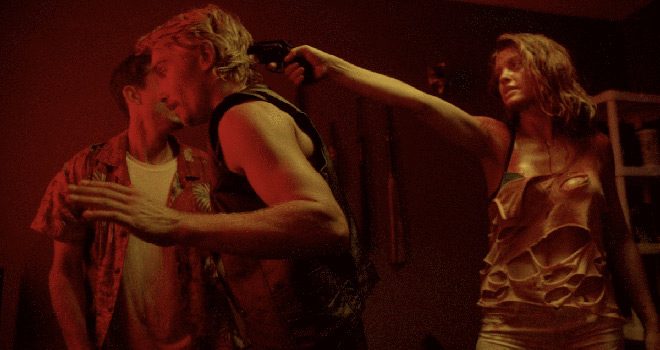 There were two broad ways the people behind a film like A Beginner’s Guide To Snuff could go for the material, and at least conceptually they chose the one that is more interesting. The material is dark, and so it is more interesting to present the material in a light manner. It goes for surreal and broad humor, styling itself as a Dark Comedy rather than a gritty Crime Drama. However, what A Beginner’s Guide To Snuff does struggle with is in marrying such a surreal tone with its fatal subject matter; it is not that it is wrong to present this material in a light-hearted way, it is that doing so sometimes undercuts the possible strength of the material.

There are moments of A Beginner’s Guide To Snuff that could have been far more impactful than they ultimately end up being because it plays too far into the surreal, which stops the film from really establishing stakes. Comedy does not have to be without stakes – it can be weighty and memorable while being funny, the key is in walking that tonal tightrope. This does not inhibit the humor of a film like this…in fact, having more believable characters would actually make the film funnier, as the audience would have a stronger emotional anchor from which to bounce off. 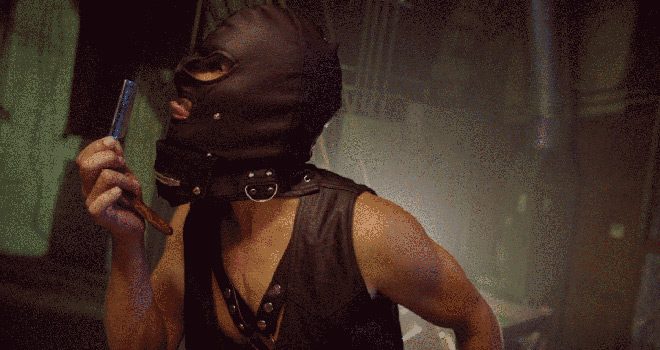 The performances are the case in point here, just a little too calculated towards playing caricatures, even when you throw in some of the twists the movie throws in with regards to character motivations. The actors cannot be faulted too much on this score though, as the dialogue has the same problem – when you put all this together, things simply seem too artificial.

However, if viewers get past these points, there is certainly a lot to enjoy about A Beginner’s Guide To Snuff. It is a good send-up of spectator culture, weaving the protagonist’s goals with a commentary on just how much everyone craves the extravagance they are subjected to, and is very willing to buy into it. To this end, the film employs something of a retro ’80s feel, peppering in huckster self-help videos on old TV screens and a synth soundtrack that sometimes sounds like it would mesh better in 1982’s Tron than this film. The music in particular becomes more other-worldly as the film progresses, which is an effective way to mark the manner in which the characters move further and further away from their initial narrative set point.

Generally speaking, A Beginner’s Guide To Snuff is a film that relies on its dark comic energy – the characters are not quite multilayered enough to really be fascinating, so instead it employs a quick pace and fast edits to keep things zipping along. This is not a slight against it – it works fairly well at keeping interest up, it just could have worked well with some more substance put into the area’s of the film that would stick around in the audience’s head afterwards. 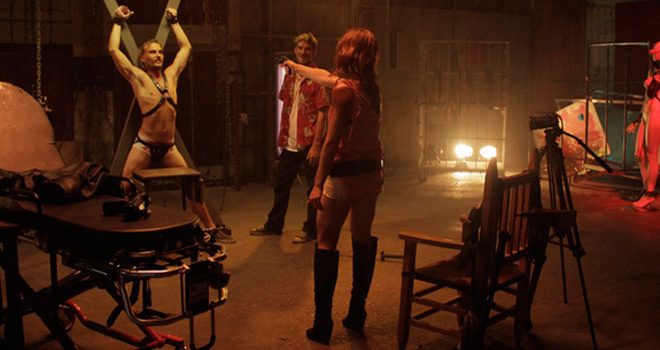 Even the shooting style is relatively pedestrian, outside of a few found-footage flourishes designed to tie into its gonzo filmmaking theme, and thus unfortunately does not add much that is not already in the script. Relatedly, when the script does try to build something deeper onto the foundation of the story, it has a real issue of telling rather than showing. There is one monologue in particular in the third act that is extremely didactic, and would have worked more effectively weaved through the action of the film instead of delivered in the chunk that it is.

All this said, there is one area that deserves particular praise though, and that is how well the film photographs the murky heat of an LA summer. Although the shooting style may generally be just functional, they focus in on the sweaty, damp humidity here in a manner that does a lot to convey the feel of each environment. In these moments, A Beginner’s Guide To Snuff feels like a film that is really come out of a living, breathing world. For these reasons, CrypticRock gives this movie 3 stars out of 5. 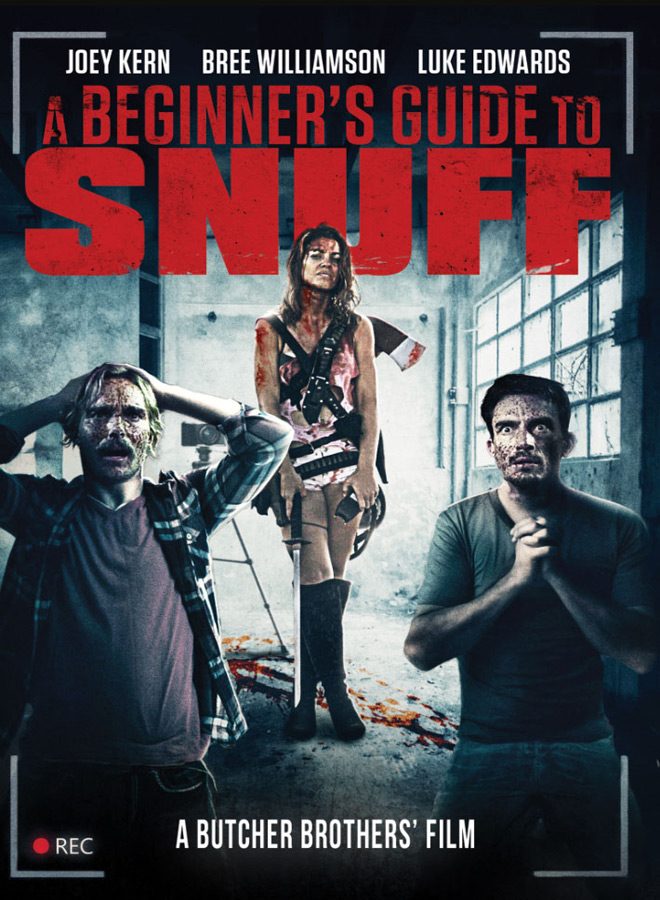