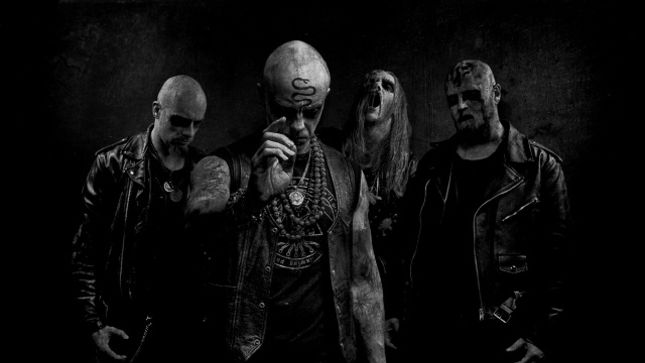 Black Metal as a genre has experienced the usual waxing and waning of trends, offshoots, and emanations that any manifestation of art endures. There are, however, entities within this spectrum which remain unwavering in their consistency. Erupting out of Tampere, Finland back in 1996, Behexen has kept the black flame of Satan burning these twenty years, expressing both musically and visually the orthodox ideals of the archenemy of Christendom. Boasting four ever-improving full-length albums to their name, Behexen has just secreted their fifth full-length work, named The Poisonous Path, into the world, doing so through Debemor Morti Productions. The work of Marko Saarikalle, known beneath the sign of Behexen as Hoath Torog, (vocalist and guitarist) along with Drummer Jan Rekola (aka Horns), there has never been an ounce of compromise or experimentation in their work or their message, and no reason to expect any with this latest fist of sonic Christ-hate.

Knowing how many bands of this ilk are currently practicing the Dark Arts, what stands out about Behexen? What can The Poisonous Path offer fans of Black Metal in 2016? The answer is delivery, production, and heart. The album begins with the title track, an ominous tone giving way to hyper-blast. Hoath’s voice is perfectly pitched, cavernous and abyssal, timed well amid the tumult, as the guitar work from he and second Guitarist Wraath weaves perfectly into Horns’ superb battery. The lyrics speak of the wisdom of Eden that God tried so desperately to hide from his human creations.

In between the thunderous verses and percussive blasting, there lies creative leads interwoven with some ominous keyboard tones, all beautifully balanced into the mix. This again is what makes an album with such ferocious intent remain cohesive and memorable. On The Poisonous Path, the songwriting dynamics are a step above many bands of this ilk. Its not easy to keep fury up over the length of an album, as much as that is the aim of so many bands out there in Extreme Metal. Behexen know how to dole out punishment and they know how to let a song breathe. “The Wand of Shadows” is a prime example, with its magnificent slower parts rendering a blackened beauty to the proceedings, like claws briefly caressing flesh before total evisceration. It is this nimble handling of dynamics – something you cannot teach – which elevates Behexen and The Poisonous Path above many of their peers.

There are of course moments where fans will pick up influences from Death Metal, such as the beginning of “Sword of Protean Fire.” The Black-n-Roll riffs are reminiscent of Khold or even Darkthrone. “Umbra Luciferi,” placed in the middle of the album, hits as hard as the opening track, a perfectly elucidated Black Metal tune guaranteed to have those hands in the air, clutching invisible fruit as the waves of black power emanate through the listener’s body. This song is an album highlight, with some circle pit inducing sections mixed in for good measure. Again the guitar work conveys pure emotion, gorgeously woven amid Hoath’s gravel-pit vocals around the 1:45 – 2:00 mark. There is no let up for fans to grow bored with, as “Tyrant of Luminous Darkness” and especially the vicious “Gallows of Inversion” keep the sword pressed into the flesh of the listener with zero mercy.

“Rakkaudesta Saatanaan” closes the album. It features one of the more haunting Black Metal guitar solos one will ever hear, around the 5:00 minute mark, as the song transitions from plodding introspection to a faster conclusion. If there is a formula for Black Metal in 2016, only a few bands seem to understand how to conjure that elixir. Behexen is one of those few. They do not rush albums out, which could be a reason that their quality has become so stratospheric. The Poisonous Path reeks with triumph, from first to last, and not only sits proudly beside their earlier works, but ensures that Behexen will be leveling many contemporaries in their path for years to come. CrypticRock gives this album 5 out of 5 stars. 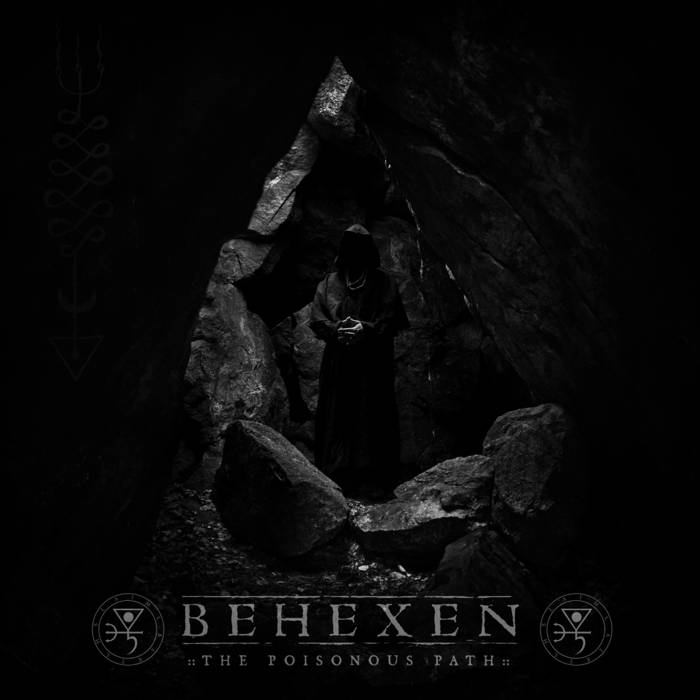