It is quite a rarity in cinema history that a film can effectively capture audiences of two or more genres. Combining elements of grisly gore with adrenaline-pumping suspense, written by James Gunn (Slither 2006, Guardians of the Galaxy 2014) and directed by Australian Filmmaker Greg McLean (Wolf Creek 2005, The Darkness 2016), The Belko Experiment marries both the Thriller as well as the Horror genres almost seamlessly. Originally premiering at the 2016 Toronto International Film Festival on September 10, 2016, The Belko Experiment was rapidly picked up by Blumhouse Tilt and Orion Pictures for distribution in the USA. Finally, on Friday, March 17th, it hit theaters across the country as one of the more talked about Horror films of 2017. 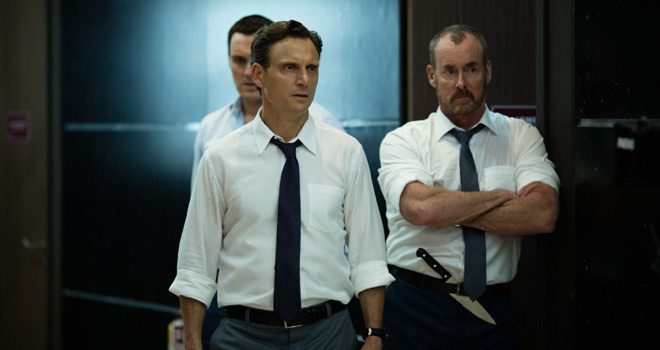 The film commences by introducing its main character, Mike Mitch (John Gallagher Jr.: 10 Cloverfield Lane 2016, Hush 2016), an employee of Belko Industries. The vague non-profit company, based in Bogota, Colombia, may look like an everyday office building, but there is more than meets the eye. In fact, a tracking device is implanted in the base of every Belko employee’s skull in case they are kidnapped, which definitely raises some red flags.

Mitch notices some local staff gone missing one day and, with that, armored shutters suddenly seal off the outside walls and doors to lock them in. A voice on the intercom then instructs them to kill two of their number, or else more will be killed at random. Will it be too late before this wicked game, or experiment if you will, snuffs out all involved? 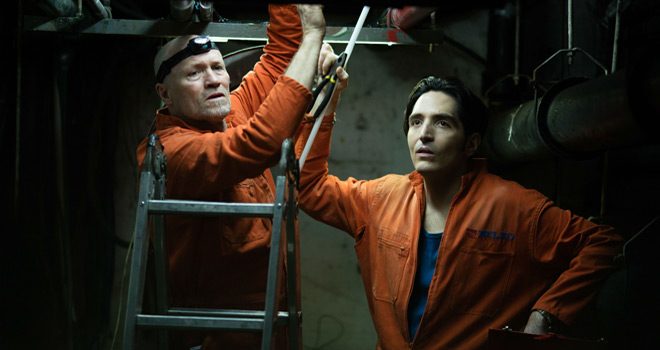 The majority of The Belko Experiment is based upon watching quasi-innocent employees beg for their lives before being butchered. That said, it is a dark, ugly, twisted film, but it says a lot about humanity at its core; that when pushed into a corner, most will act in their own self-interest. A sad reality, Gunn brings it to life in a frightening matter while working side by side with McLean.

If anything, The Belko Experiment should be applauded for attempting to string together a clever and original plot while maintaining comedic elements. In fact, this film of elaborate elimination arguably represents McLean’s finest work since his debut feature Wolf Creek. In regards to the plot itself, Gunn definitely ventured outside of his comfort zone. While growing as a director through the years in the Horror genre, including his 2004 remake of Dawn of the Dead and fan-favorite Slither, with The Belko Experiment, he gives audiences a M. Night Shyamalan-like twist. In addition, any fan of Slasher or Psychological Horror will devour this movie, if not only for its similarities to the infamous Stanford Prison Experiment. 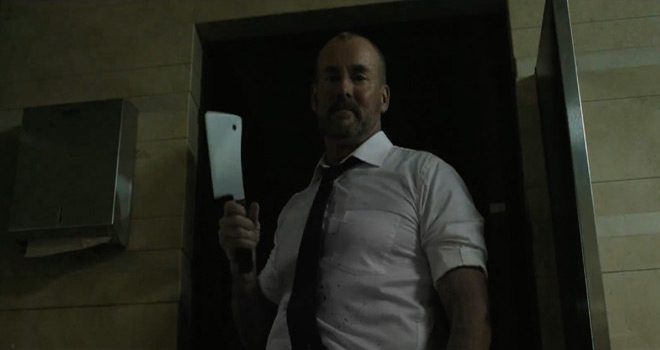 Complete with a strong cast of actors, including the award winning Tony Goldwyn (Ghost 1990, The Last Samurai 2003), John C. McGinley (Se7en 1995, Scrubs series), Michael Rooker (Henry: Portrait of a Serial Killer 1986, The Walking Dead series), as well as Adria Arjona (True Detective series, Emerald City series), this film has plenty of appeal. Gory, yet aggressively cynical, The Belko Experiment unities a Suicide Squad-like setup with a Saw-esque tortuous plot, providing a fun ride for both Thriller and Horror lovers. For these reasons, CrypticRock.com gives The Belko Experiment 4 out of 5 stars. 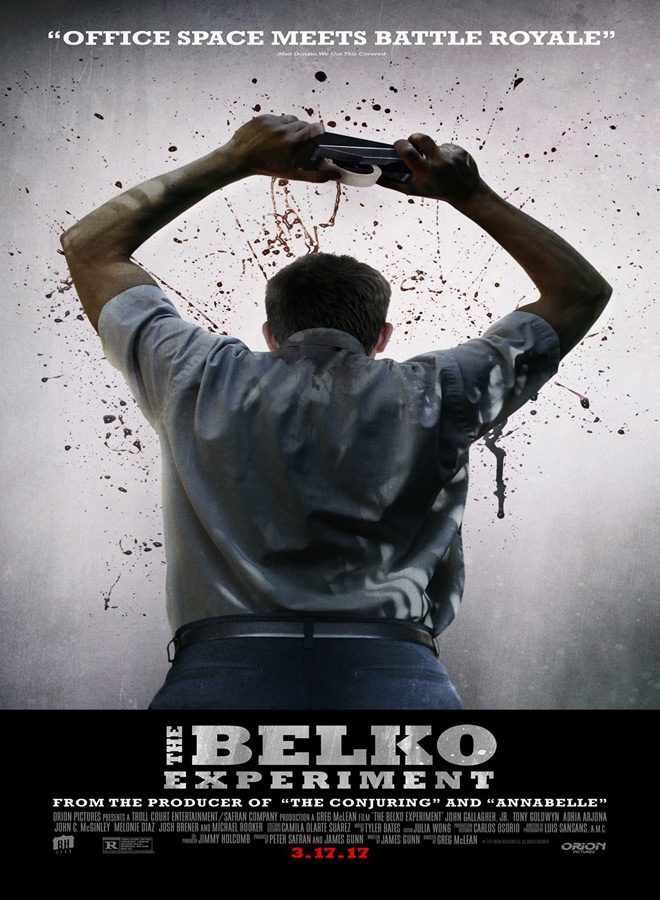