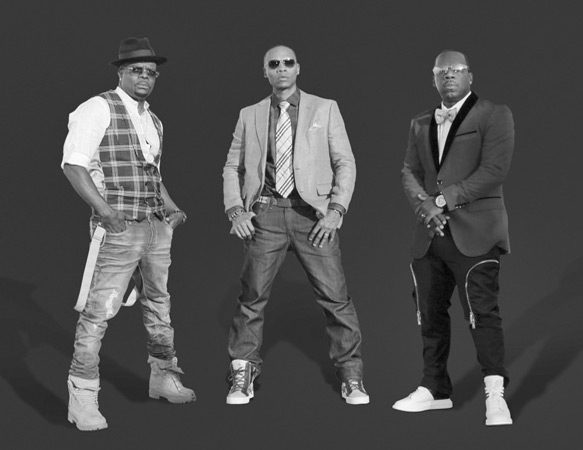 From the ashes of New Edition arose Bell Biv DeVoe, comprised by three members of that 1978-formed, Massachusetts-based, American R&B/Hip-Hop group. A year after their formation in 1989, the trio – Ricky Bell, Michael Bivins, and Ronnie DeVoe – released their debut album, the certified quadruple-platinum Poison.

Two more albums followed suit, 1993’s Rap-rich Hootie Mack and 2001’s Gangsta-inspired BBD. The music of the trio is an offshoot of that of their erstwhile group, albeit it treaded more in hardcore Hip Hop territories. Despite the absence of new materials by Bell Biv DeVoe in the ensuing years, they have remained active in the concert circuit. Now, about fifteen years after their last oeuvre, the trio unleash a new album.

Released on January 27, 2017, Bell Biv Devoe’s fourth offering, Three Stripes, opens with the short, celebratory applause of “Ready,” featuring the beatbox meister Doug E. Fresh. This is followed by the R&B groove of “Find a Way,” whose vocal harmony indicates the maturity in the trio’s ever slick and soulful voices; glazed with an over-the-top Rap line reminiscent of Kanye West’s “Diamonds from Sierra Leone.” Then there is the synth bass -driven choppy rhythm of “I’m Betta.” The tempo then flows on, seamlessly into “Hot Damn,” whose literally metallic percussive clicks make it a stand-out track.

The relatively slow-tempo track “Run” is certainly smooth and sexy; it will remind the initiated of Justin Timberlake’s similar excursions (“Future Sex Love Sound”). The energetic flair of the album then turns into something soft-sailing with the slow, soulful, yet Rap-filled ballad “All Dat There.” Following next, in the same romantic and reflective vein, is the haunting sound of the piano-led “Don’t Go,” whose echo-heavy backing vocals may recall any heart-rending Timbaland-produced powerhouse (“Apologize”).

Setting the mood to a much more relaxing disposition is the slow R&B standard “Finally,” which features the distinctive female voices of SWV (“Weak”). The penultimate song, “One More Try” is not only oozing with Dance Pop sensibilities, it also exudes ’90s credibility, for having the choral presence of Boyz II Men in it. Finally, Bell Biv DeVoe wraps up their latest, long-overdue output with the graceful breeze of the head-swaying and lip-curving “Incredible,” enough to send the listener to a sweet and satisfying swoon.

Bell Biv Devoe catapulted to popularity in the early ’90s with the strength of their Dance-oriented first album. However, by the middle of the decade, in spite of two worthy follow-ups, the trio inevitably got written off and swiped into the side lights, primarily because of the shifting stylistic atmosphere in that era, which favored Grunge, Alternative Rock, and Britpop. However, in the realms of R&B/Dance Pop music, the unfazed trio simply soldiered on, even if only with low-key performances; until they finally decided that the time is ripe to again enter the recording studio.

Certainly a return to the glossy and glittery rhythm and blues of Poison, but which is markedly adorned with the trio’s musical maturity and decades of experience, Three Stripes has not only that back-to-the-future bounce and beats enough to give Bell Biv Devoe’s old fans nostalgic goosebumps, but also a refreshing contemporary touch that will entice younger enthusiasts of R&B-flavored Pop to dig into, fall in love with, and dance to it. CrypticRock gives Three Stripes 4 out of 5 stars. 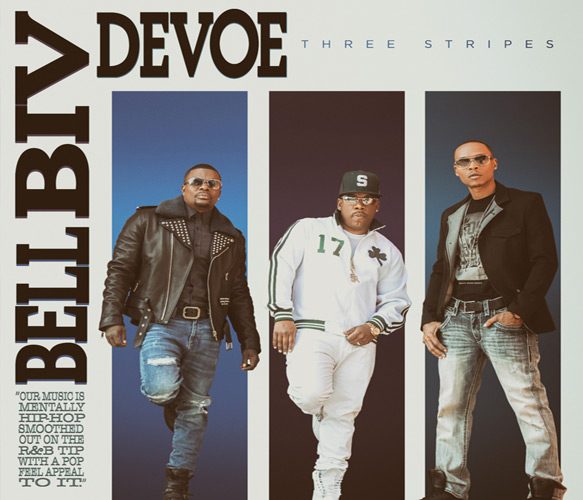