Ben Folds Five’s Whatever and Ever Amen 20 Years Later 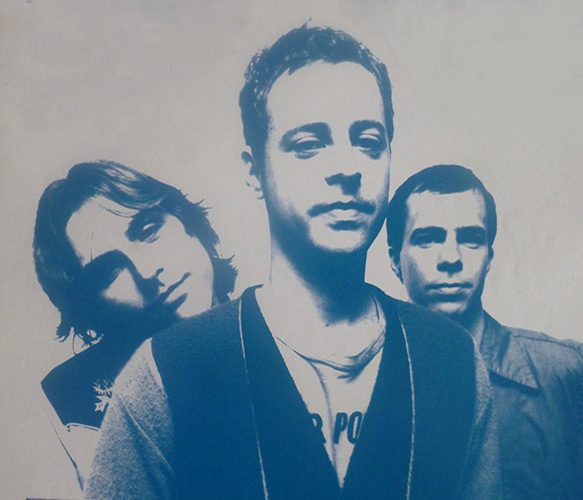 Twenty years ago, it all started with a black t-shirt and some money owed. On March 18, 1997, Ben Folds Five released their second studio album Whatever and Ever Amen on Epic Records. A genius collection of twelve tracks (and one hidden gem), this is one sonic roller coaster of epic proportions.

Formed in Chapel Hill, North Carolina in 1993, despite the fact that the band is, in fact, a three-piece, they named themselves “Ben Folds Five,” reportedly because Ben Folds felt it sounded better than “Ben Folds Three”. (The man is correct!) The group play what Folds has self-described as “Punk Rock for sissies”; their unique sound takes Billy Joel’s piano man routine and cranks up the Marshall stack with acerbic, biting wit and angst-filled lyrics all performed in the free spirit of Punk. During their first seven years together, the band released three studio albums, one collection of B-sides and outtakes, and eight singles. They also contributed to a number of soundtracks and compilations.

Whatever and Ever Amen was the sophomore effort from Ben Folds Five, released on March 18, 1997. Reportedly, the entirety of the album was recorded in a two-bedroom rented home in Chapel Hill. There was no need to attempt to create a Lo-Fi ambiance for the record: they had somehow managed to record phones ringing, band members laughing, an in-studio argument, and crickets chirping. Despite or perhaps because of these “flaws,” Whatever and Ever Amen was a ground-breaking album that spanned various genres and pulled in fans from across the board and totally rocked the suburbs. Perhaps the trio’s greatest opus to date, since its release, the album has gone Platinum in the United States, Australia, and Japan, as well as achieving Gold status in Canada.

The album title, Whatever and Ever Amen, comes from a line in first single/video, “Battle of Who Could Care Less.” Ah, sweet apathy had found her theme song in this brilliantly fun song about the ’90s trend of, well, enjoying being bored. A black-and-white video with use of selective coloring, it featured the three musicians performing and, while it showed off aspects of their goofy personalities, the video was minimalist to place emphasis on the brilliant track itself. Fans of avant-garde music had their attention piqued!

In the UK, this would be followed by second single/video, “Kate”. A song that, lyrically, discusses loving someone so much that you actually wish to be that person; “Kate” was an homage to a former girlfriend, a hippie chick who smokes pot while handing out copies of the Bhagavad Gita. The video featured the three band members in bed together, snuggling, and was supposedly shot in one take. It was minimalism that served its purpose and propelled the single to #39 on the UK Singles Chart.

The album’s actual first track but second U.S. single/video – perhaps the most Rock-n-Roll track of the collection – “One Angry Dwarf and 200 Solemn Faces” featured Ben Folds Five performing down the rabbit hole and some very perplexed voyeurs. Lyrically, this was a bitter up-yours tribute to those that had bullied a former 47″ tall Folds in his youth. Be careful who you pick on, kids, for they may grow up to be one very pissed-off former dwarf with a microphone!

“Brick” – the third single/video – was a big success for the band commercially, though a deeply personal, reportedly autobiographical tale for Folds. The story of a very young couple struggling with aborting an unplanned pregnancy, it was poignant, personal, sincere. The pain was evident when Folds’ sang the chorus’ main line, “She’s a brick and I’m drowning slowly.” It was yet another minimalist video that focused on the band performing the song, with some subtle, interspersed visuals to aid in the story-telling. “Brick” would go on to be on of the group’s biggest hits, making it to rotation on many major radio stations throughout the U.S. as well as charting internationally.

If you lived through the ’90s, you will likely never forget “Song For The Dumped,” after all, infectious piano-tinkling accompanied by Folds yelling, “Give me my money back, you bitch” was not easily forgotten. People took notice of the band’s fourth single/video and its unforgettable lyrics, while the video featured the band performing in a vibrantly-colored room amidst some twisted fun with Ken and Barbie. A raw, acerbic break-up song, “Song for the Dumped” had strengths that relied upon its raw aggression and rebellious Punk Rock approach. Folds is not messing around when he demands his money and t-shirt back! It was like no break-up song of that time and for that, “Song for the Dumped” was a truly memorable stand-out for any child of the ’90s.

Of course, any great album reaches far beyond just its singles, and Whatever and Ever Amen was no different in this respect. With inspiration from some vicious breakup headlines in the news, “Fair” proclaimed, through delicious melancholia, that all was fair in love. “Selfless, Cold, and Composed” was a bittersweet break-up song with the perspective of time: the emotion is still raw and emotional, but perhaps not quite so in-your-face as “Song for the Dumped”. “Smoke” burned the pages of a past relationship, while “Cigarette” was allegedly based on a newspaper headline about a man who wished to divorce his wife for having a brain tumor.

Folds’ friend came to town but he would not leave in “Steven’s Last Night in Town,” a woodwind-infected jazzy number about the friend that just will not go away. Inspired by a line in the film Patton, “Missing the War” turns toward a more civilian definition of the idea of missing something tragic, while the album’s closer, “Evaporated,” show a decidedly softer side of the Ben Folds Five, complete with cello and violin.

In 2005, a remastered version of the album would be released with additional content, including a covers of the Buggles’ “Video Killed the Radio Star” and a lounge version of the Flaming Lips’ “She Don’t Use Jelly”. Additionally, it contained four new tracks – “For All the Pretty People,” “Mitchell Lane,” “Theme from ‘Dr. Pyser’,” and “Air” – as well as the Japanese version of “Song for the Dumped”.

There is no denying the brilliant musicianship of Ben Folds Five and Whatever and Ever Amen: the album contains piano, melodica, drums, bass, stand-up bass, cello, violin, clarinet, trumpet, organ, and synthesizers. For its lyrical and musical prowess, the album would go on to inspire a generation of Piano Punks (Something Corporate, anyone?) as well as make the cut for acclaimed writer Nick Hornby’s essay collection, 2002’s 31 Songs, where the author muses about “Smoke,” in particular.

Whatever and Ever Amen is an emotional roller coaster of bitterness, sadness, loss and apathy from a truly brilliant three-piece. Much like all great works of musical genius, it must be truly devoured by each listener, and pieced together to fit the puzzle of their own life. Perhaps one listener will lean toward the apathy of “Battle of Who Could Care Less,” the emotional turmoil of “Brick,” or the raw ferocity of “Song for the Dumped,” but lean they shall for this epic, twenty-year strong release from this  brilliant trio. 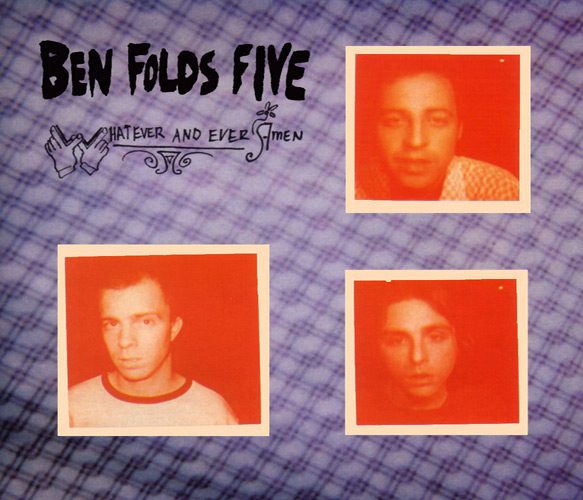 Ben Folds Five were last active as a band in 2013, before going on hiatus for Folds to focus on his solo work. Still touring and recording strong, Folds will hit the road in mid-April – with Los Angelino Singer-Songwriter Ryan Lerman as support – making a special stop at the John F. Kennedy Center for the Performing Arts in our nation’s capital to perform his critically-acclaimed concerto for piano and orchestra.  See BenFolds.com for dates and ticket information.

Purchase Whatever and Ever Amen: Amazon | iTunes