The tall, slender grass of the prairie is perfect for hiding secrets, secrets that lie dormant beneath the soil. Would you believe that Kansas was once the home of one killer family, settlers with a very dark secret? Bender tells the true tale of this bizarre quartet and it became available on HD VOD, as well for DVD purchase, as of August 1st thanks to Candy Factory Films. 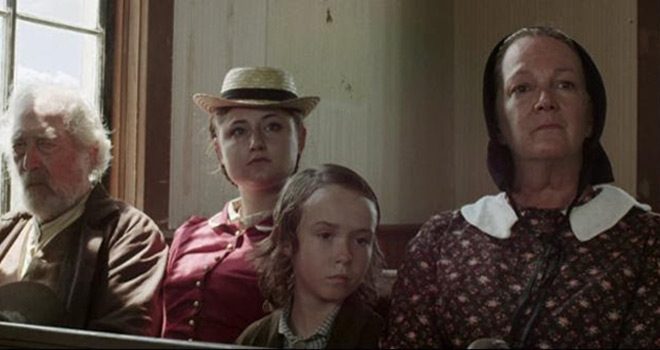 Based off the true story of one of America’s first known serial killing families, the bloody Benders of Kansas. Settling near the Great Osage Trail (which would later become known as the Santa Fe Trail) in the late 1800s, the Bender family built a one-room homestead. A curtain divided the building into two sections: the front, a public inn and store, with the back of the house being the family’s living quarters.

Many souls traveled the Trail, stopping off to partake of the Bender’s services. In a time when life was tenuous and survival was not guaranteed, many a man, woman, and child lost their lives on the Osage Trail – many simply disappeared.

In this film adaptation of their story, we stay very close to the historical record of the Bender family. Elderly Ma (Leslie Woodies: Jolly 2009) and Pa (James Karen: The Return of the Living Dead 1985, The Pursuit of Happyness 2006) own a one-room home along the Osage Trail, with a sign out front that advertises their small grocery shop. Daughter Kate (Nicole Jellen: Age Gap 2015, On Youth and Beauty: The Inner Life of Vanessa Rosegarden 2016) purports to be a seer and attracts attention from both near and far. The couple’s precious young son is merely referred to as “Boy” (Chance Caeden: MADtv TV series, Murder Among Friends TV series) and it is alluded that he is a product of incest. 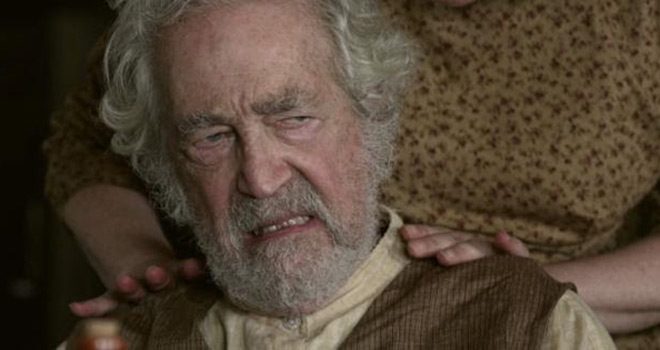 Mirroring the real-life tale, Doctor William York (Jon Monastero: Aaah! Zombies!! 2007, Age Gap 2015) of Independence, Kansas – concerned by the disappearance of a patient and his young daughter – heads out onto the Trail to look for evidence of their whereabouts. Stopping on the prairie one evening, he takes a bed at the Bender homestead and is never seen again. As his disappearance begins to draw attention from the local community, the townspeople call a meeting and begin the search for York and the countless others who have seemingly disappeared into thin air on this patch of prairie.

As York’s twin brother Edwin York (also played by Monastero) begins to raise questions with the Benders, it becomes abundantly clear that many answers are merely swaying in the breezes amongst the tall Kansas grass. A directorial debut for John Alexander and written by both Alexander and JC Guest, Bender clocks in at 80 minutes and is unrated. Not exactly a Horror film, Bender leans more towards a Historical Thriller or dark Drama. There is (minor) blood, there are allusions to incest – and some sexy ankles – but by and large this is merely a dramatic retelling of one truly morbid tale. 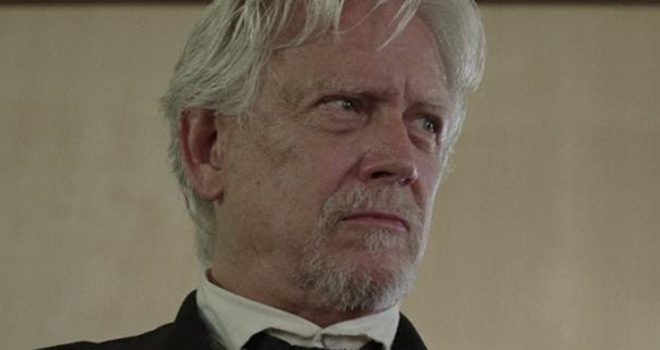 Bender weaves a tale that maintains a steady pace but should be considered slow, without any major action, adventure, or horror; which is to say that this is more a Historical Drama of the darkest proportions and not the next Silence of the Lambs (1991). The acting here is solid, the story is haunting, but the overall result is something that is watchable and yet ultimately forgettable. The Kansas scenery is gorgeous and the cinematography and costuming are lovely, but the bloody disturbing history here is what holds this entire production together.

As a directorial debut for Alexander, Bender proves that great things are on the horizon. As a 2017 Thriller offering, Bender is not bad at all, but it will absolutely inspire you to pick up a book and check out the real tale of terror that is the bloody Benders! For these reasons, CrypticRock give Bender 3.5 of 5 stars. 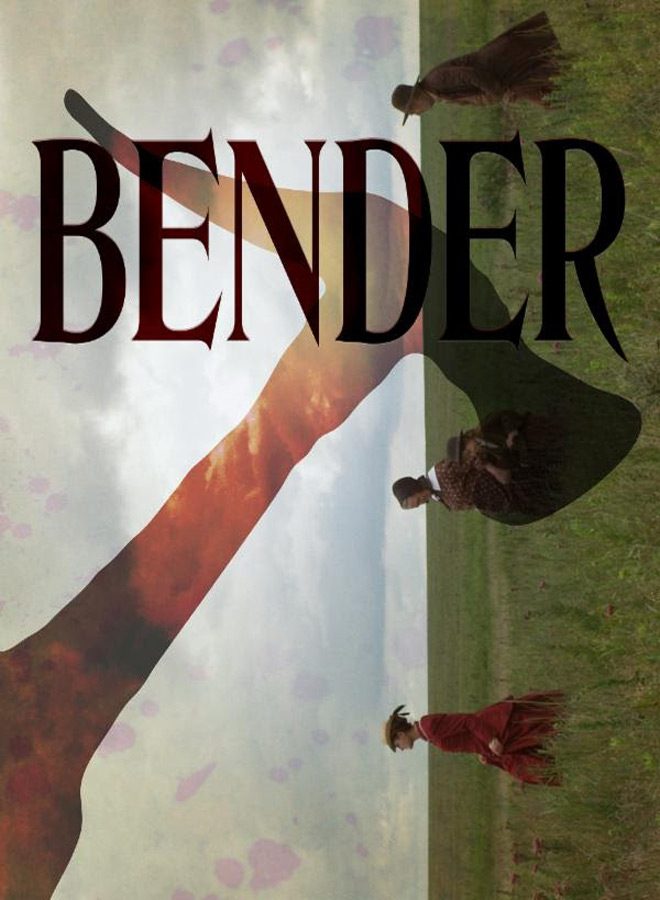