Travelling to a foreign country on your own can be both exciting and dangerous. Unfortunately for Clare, a young woman who travels to Berlin on a whim, played by Teresa Palmer (Point Break 2015, Lights Out 2016), she finds the latter in her journey. Such is the story in the latest Horror/Thriller film Berlin Syndrome written by Shaun Grant (SLiDE 2001, Janet King 2014), and directed by Australian Cate Shortland (Somersault 2004, Lore 2012). Nominated at both the Dallas International Film Festival and Sundance Film Festival, Berlin Syndrome saw a limited theatrical release on May 26th before the DVD release via Lionsgate on June 27th. 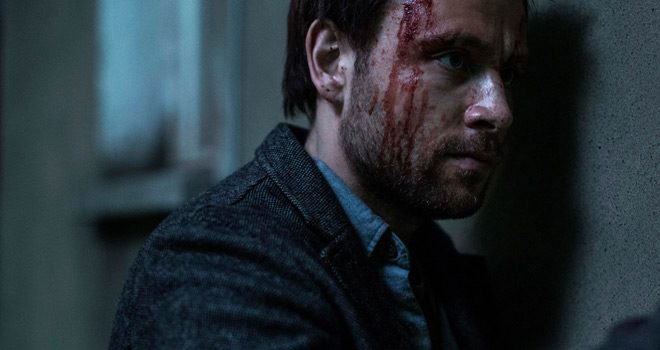 The story follows the aforementioned Clare, a young woman who has a keen interest in architecture. Discontent with her life, she quits her job, puts her stuff into storage, and backpacks around Germany. Eager to put her life behind her, while in Berlin, Clare meets Andi (Max Riemelt: Amnesia 2015, Sense8 series), an English teacher, and he shows her around. There is an instant attraction between them and after a one night stand, Andi goes to work, and Clare discovers she is locked into his apartment.

When Andi gets home, Andi tells Clare he simply forgot. However, after it happens again the next day, Clare suspects something strange is going on rather than a simple case of forgetting. It quickly becomes apparent Andi has no intention of ever letting Clare leave, despite acting like nothing is wrong and this is perfectly normal behavior. Andi even informs Clare he has contacted her mother and told her she was fine. After which, he keep the phone’s SIM card, annihilating Clare’s contact with the outside world. 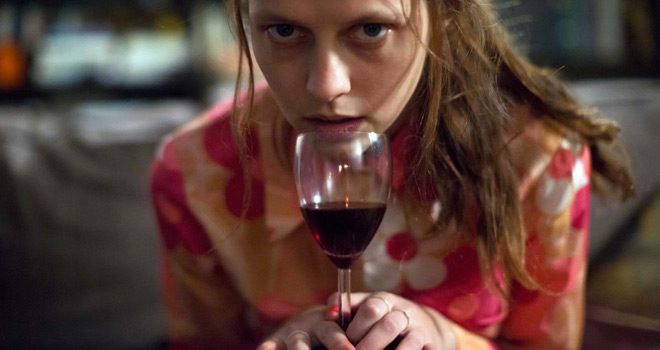 As days, weeks, and months pass, Clare goes through an array of emotions, and has numerous attempts to convince Andi into letting her go. When that does not work, she attacks Andi, leading him to restrain her on the bed while he goes off to work. Over time, Clare seems to lose her will to fight and reaches a point where she has to give in. Resigned to her life, she takes care of the house, cooking dinner, and willingly spends time with Andi. Soon discovering evidence she is not the first girl Andi’s held captive, Clare must somehow find outside help to escape before she becomes just another name on Andi’s list.

The talented Palmer completely absorbs herself in the role of Clare, allowing viewers to completely forgets her glamorous side and accepts her as a young backpacker in a foreign place. Not unlike Kevin Costner in 2007’s Mr, Brooks, Riemelt as Andi is incredible. He portrays a terrifying, yet quiet serial killer who goes about his days maintaining two separate lives with no one knowing. Interestingly enough, to further develop their characters, before filming, Palmer and Riemelt lived together for two weeks in a similar sized apartment to the one in the movie. 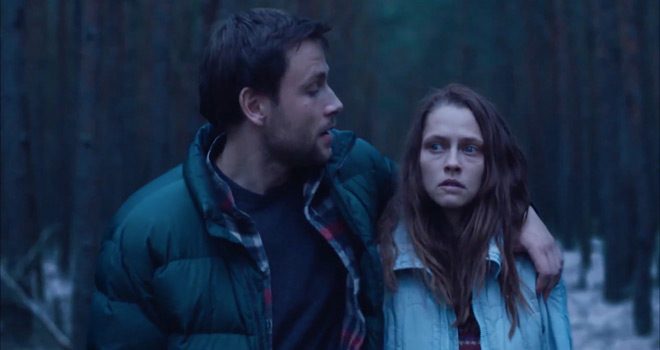 Complemented by a music score composed by Bryony Marks (Please Like Me series, Don’t Tell 2017) along with edgy cinematography by Germain McMicking (Gallipoli 2015, Holding the Man 2015), it places the viewer practically on Clare’s shoulder throughout the story. Filming initially took place in Berlin, as well as in Melbourne inside a re-created apartment, and Palmer has subsequently stated the project was both transformational and liberating. Palmer’s dedication to filmmaking aside Riemelt, and under the guidance of Shortland, results in a gripping, slow burning Thriller.

Based on the award-winning debut novel by Melanie Joosten, who backpacked around Europe at 22 years of age, she drew inspiration from ‘Stockholm Syndrome,’ a condition in which hostages develop a relationship or alliance with their captors, at times as a means of survival and others as a genuine bond. As a film, Berlin Syndrome is a psychological, gripping Thriller surging fear back into overseas travellers. For these reasons, CrypticRock gives Berlin Syndrome 5 out of 5 stars. 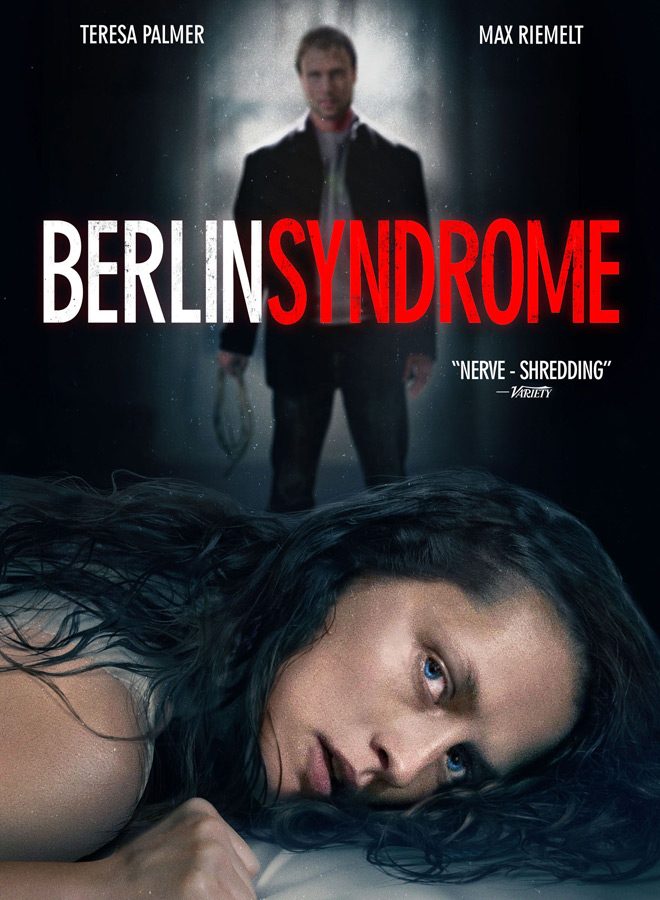