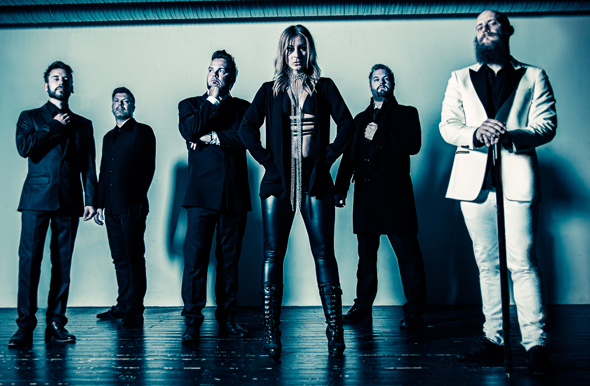 For the over twenty years, Beseech has been prominent in the Goth Metal scene. A project which began in the early 1990s, Beseech would release their debut album, …From a Bleeding Heart, in 1998, soon attracting a bigger audience with their 2000 effort, Black Emotions. Considered early pioneers of the male and female vocal harmonies, they continued on with their spearhead as they experimented and developed their sound with albums such as beloved masterpiece Souls Highway in 2002. With harmonies that sets them apart from other Goth Metal bands, Beseech proved to possess a predilection towards the beauty and the beast contrasting style of vocals. Add their harmonies to a semi-acoustic, Metal music and the result is a unique sound that is captivating. Sadly, following the release of their fifth studio record, 2005’s Sunless Days, Beseech would bid the scene farewell and put the band to rest.

A puzzling decision in the eyes of fans at the time, it seemed Beseech was gone forever. Then, in 2012, original members Klas Bohlin (Guitar/Vocals) and Robert Vintervind (Guitar) got back together to revive Beseech and discuss the direction they wanted to go with the band. Deciding to relaunch the band with a new lineup, they would recruit Bassist Johan Örnborg, Drummer Håkan Carlsson, and Vocalist Angelina Sahlgren Söder, while retaining long-time Guitarist Manne Engström. Then, going on to sign a deal with Despotz Records, 2016 sees Beseech return with their first full-length studio album in over a decade, entitled My Darkness, Darkness. A record which sees the new lineup working together for the first time as a unit, My Darkness, Darkness also sees Bohlin handling lead male vocals and is the first Beseech offering to have three guitarists. A celebrated resurrection in the eyes of Gothic Metal lovers, My Darkness, Darkness is an album that provokes much interest from a scene that has been in deep slumber for some time now.

Blasting away with a Heavy Metal sound, the album opens with “Beating Pulse” featuring the harmonic hallmarks for which Beseech is known. In addition, Vintervind and Engström compete to make their guitars stand out, running contrast to the harmonies of Bohlin and Söder. This is all while Carlsson drops the beats, adding an edge to the sound, and Örnbor keeps the sound together with his walking bass. Ethereal and haunting guitars, as well as pounding drums kick off “The Shimmering” as Bohlin takes the stage with his deep voice, while Söder provides the lighter textured backdrop, complementing his style. A emotion building track, Örnbor’s steady bass can be heard throughout, setting the mood with subtly varying tempos, while again, Vintervind and Engström display their technical skills with the guitar.

Flowing smoothly, My Darkness, Darkness continues with “Bloodline Fever,” which gets off to a quick and edgy Rock/Metal start, but the pace quickly slows when Bohlin’s vocals come online. This piece is an excellent example of the band’s unique style as the tempo switches between the harmonics and Bohlin’s slow solo vocals, building momentum towards the end. In addition, the eerie keyboards matched with Söder’s supporting singing is both well-placed and an organic sound. Then, the song “Mr. Uninvited” showcases the band’s experimental style with a intermittent psychedelic sound, adding a particular flavor to the album’s landscape. Complemented by a Vintervind’s keyboards setting the feel of a dream-like atmosphere in the chorus, Bohlin and Söder’s singing meet again for an almost Beatles-like harmony.

Keeping the album interesting, the opening sequence to the titular song, “My Darkness, Darkness” is reminiscent of some of the old Western movies of the ’60s with the acoustic guitar and galloping bass. The acoustic guitar is predominant throughout the song, with a Metal guitar emerging throughout. The tempo then picks up with a passionate sound, only to subside back to a melancholy sound as the band really puts on display their musical talents all throughout the piece, resulting in a memorable and appealing experience. This comes before “Atmosphere,” which features the beginnings of a shift to their Goth Metal roots, all while maintaining their clear vocal quality. Both Bohlin and Söder harmonize very well throughout as their ranges play off of and complement each other flawlessly. Another beautiful composition, Örnbor’s bass and Carlsson’s drums provide the meat to the sound as tingling melodies dance in the distance. Then, offering a cover of Jimmy Webb’s “Highwayman,” Beseech picks up where the previous track left off, delving deeper into those roots while transitioning towards a grittier sound.

Continuing the momentum, “The Ingredients” possesses an attitude in both sound and lyrics. It shines as an example of Beseech’s unique style, with the bass looming like an impending doom, and Carlsson dropping the steady beats. In contrast, “One Last Call” finds a switch in style towards more of a Rock sound with mellow vocals that is offset by a flare up of crunchy guitars. Winding down the album, Bohlin’s dark and Söder’s light vocals harmonize surprisingly well on “Darksome” as they maintain a mellowness that accentuates the Gothic lyrics. The dark and dreamy music completes the ambiance as acoustic instrumentation dominate the track. Just before the listener drifts away, Vintervind’s and Engström’s heavy Metal guitars sound in My Darkness, Darkness finale “The Symbol,” bringing things back into focus. Fading into the scene is Carlsson on drums as the guitars pick up the pace and the overall composition is compelling; sure to captivate the mind.

With eleven tracks at over 47 minutes, Beseech’s sixth album, My Darkness, Darkness, is a testament to the band’s tenacity, ambition, and talent. As the band has matured, so has their sound. Beseech is a band with ambition and a willingness to break tradition and experiment, redefine and hone their sound. Since their inception, they have faced many challenges, yet they persevered and are still putting out quality music. This album is no different, yet it maintains the integrity of Beseech’s musical identity. Making a comeback with this new lineup, they brought with them a new style while still managing to keep their core identity forged on records such as Souls Highway. Gothic Metal and Beseech fans rejoice, My Darkness, Darkness does not disappoint. CrypticRock gives this album 4 out of 5 stars. 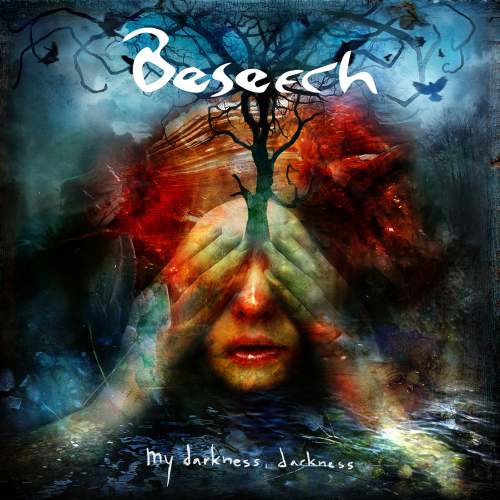