Living with an alcoholic mother pales in comparison to living with a psychotic one. That in mind, the newest Horror movie Besetment tells the story of Amanda, a young woman who flees one terrible life only to plunge into one much worse than one could imagine. Set for release on June 6, 2017 on VOD and on DVD September 5, 2017 via Uncork’d Entertainment, Besetment marks Brad Douglas’ debut full-length feature film. 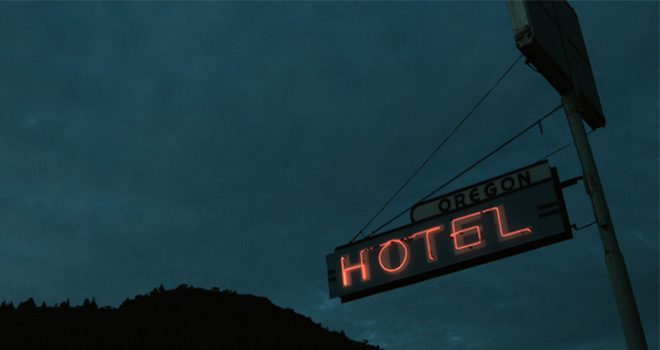 Desperate to find a job and leave her abusive, alcoholic mother (Lindsae Klein: Where the Flowers Fell 2015, The True Colour of Hunger 2015), Amanda Millard (Abby Wathen: The Bay TV series, Another You 2017), jumps at the chance to live and work at a remote hotel in Mitchell,Oregon for Mildred, aka Millie Colvin (Marlyn Mason: Dear Future Self 2016, Between the Trees 2017). Millie’s son Billy (Michael Meyer: Beach Blanket Frankenstein 2016, Homesick 2016) still lives at home with Millie and also works in the hotel. While her mother is angry by her daughter leaving, Amanda is excited to start a new chapter in a new place.

As soon as Amanda meets Millie, Millie almost becomes a foster mother to Amanda by taking care of her, offering advice and being kind. Amanda instantly settles in, and even makes friends with local Brad (Max Gutfreund: Impending Sale 2015, The Gravedigger’s Song 2013). Everything in Amanda’s world is wonderful – until the night Millie and Amanda have a few drinks and Amanda wakes the next day with no memory of the night before. 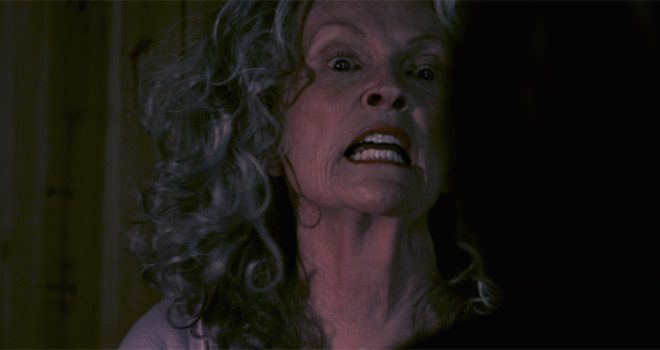 Amanda brushes aside strange fragmented memories and continues working until Millie’s behavior towards Amanda begins to change. No longer motherly, Millie become irrational and unpredictable. While he has some concerns about Millie, Brad believes her to be relatively harmless. Brad and Amanda see each other on a regular basis.

On another fateful night, Millie reveals she has a bigger problem than Amanda’s mother did. Not only is she crazy, Millie will stop at nothing to get what she wants from Amanda – a grandchild, which includes sewing Amanda’s mouth shut so she cannot cry out and tying her to the bed. With no compunction, sense of morals, or lack of perversion, Millie enacts her twisted plan. Not willing to be tortured at the hands of another mother, Amanda risks her life to free herself and find help. However, even with the assistance of Brad and Deputy Julie Nelson (Hannah Barefoot: Good Girls Revolt 2016, The Librarians 2016), Amanda’s happy ending may once again be tainted. 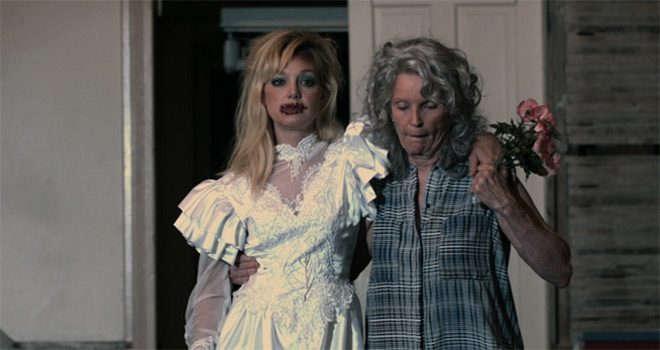 Overall, Besetment tells an interesting story with decent acting, and has good special effects alongside cinematography by Chuck Greenwood (The Long Way 2016, Zompocalypse: Dead End 2016). However, on the downside, there are some major cringeworthy scenes involving Millie and Billy, which might have been best left to the viewer’s imagination. The characters lack depth, which is passable if the story is solid, but in this case, it is a fifty fifty, and without it, there is not a lot of empathy felt for Amanda, her mother, or Billy.

Further, aside from Amanda’s mother looking the same age as daughter, which obviously diminishes the impact their relationship should have, the ending is completely out of the blue and does not connect with the rest of the story. Instead of shocking the viewer in a positive way, it almost makes a mockery of the rest of the film, which is a shame. While it is not a must watch, there is plenty to like about Besetment, and along with winning first place at the Rhode Island Vortex Horror Film Festival, it would adequately entertain on a rainy afternoon. For these reasons, CrypticRock gives Besetment 3 out of 5 stars. 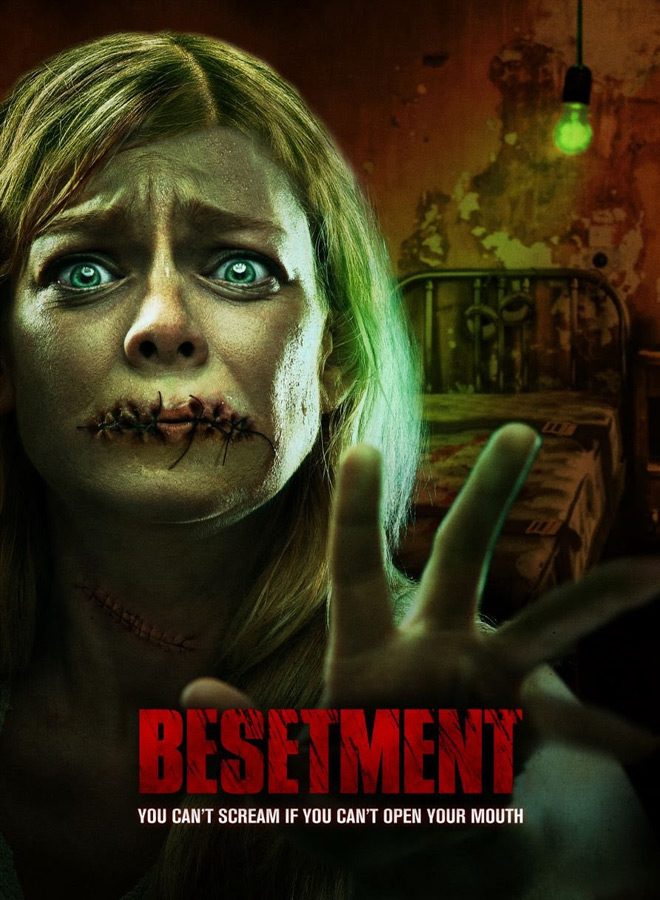