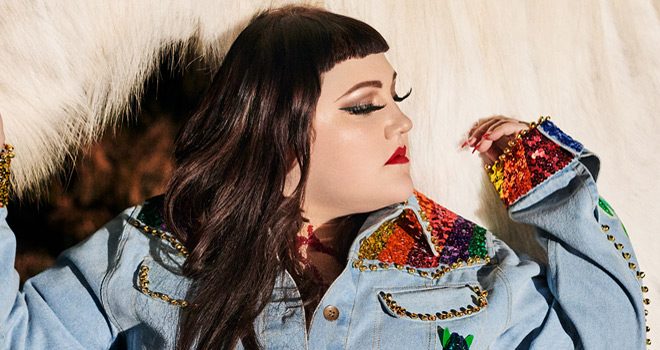 “I’m all over the place!” is a truly foretelling, blatantly honest lyric from the bold personality that is Beth Ditto, whose genre-bending antics show true sass and sophistication on Fake Sugar, available Friday, June 16, 2016 via Capitol Records.

One of the most phenomenally powerful voices in music today, throughout her career Singer-Songwriter Beth Ditto has been compared to some truly amazing women, from Etta James to Janis Joplin and Tina Turner. A woman who pulls no punches and always fails to self-censor, Ditto is a self-proclaimed “fat, feminist lesbian from Arkansas.” Yes, she did indeed grow up in the Bible belt, before escaping for those proverbial hills and fronting the Indie Rockers The Gossip (who would go on to simply be Gossip) for the past seventeen-years.

It has been five years since Ditto has released music with that now-defunct trio, now embracing the basics and flaunting her role as solo diva, Ditto releases her debut album, Fake Sugar, on June 6th through Virgin Records. Produced by Grammy Award-nominated Songwriter Jennifer Decilveo (Machine Gun Kelly to Melanie Martinez), the twelve-song collection crosses genres – from Pop to Dance, Disco to Folk – weaving a personal narrative that is always genuine and eternally entwined with her lush, incomparable vocals.

Fake Sugar opens to first single/video “Fire,” where Ditto channels her inner dive bar diva, complete with one badass Elvis-influenced satin suit. For its part, the video shows Ditto’s superb sense of humor, alongside her phenomenal vocal prowess. It is a must see! Much like “Fire,” many of the tracks on Fake Sugar possess an already “classic” feel full of glorious hooks: from the catchy nostalgia of “In And Out” to Disco-tinged “Do You Want Me To.” This is an album that feels like yesterday’s gold baking in today’s sunshine; a return to basics that does not feel kitschy or, worse yet, like Wisconsin cheese.

The Folk-infused album namesake “Fake Sugar” sees Ditto sounding like a sassy little angel, while she dials up the sass on the obvious stand-out, infectious dancer “Savoire Faire.” “We Could Run” could be a hit with Top 40 radio, though in truth it feels a bit vapid for this intelligent songstress. Her true strengths lie in tracks like the superbly funky good time that is “Ooh La La” or the ridiculously infectious dance-a-thon of “Go Baby Go.” While the downtempo dance number “Oh My God” offers echoes of the days of Disco, the beautiful ballad “Love In Real Life” allows Ditto’s vocals to absolutely soar.

One of the most immensely full sounds on the album is the epic “Lover,” a melancholic ode to a cheating lover that sees Ditto sounding like a sheer sunshine as she wistfully pays tribute to the dirty games that can crush our vulnerable hearts. “Clouds” wraps up the package with a wispy, white bow, cementing Ditto as a continued force in Pop music. Throughout the entirety of Fake Sugar, Ditto sounds like a good friend leaking musical confidences over tea; which is to say that she is personable, charismatic, someone that we’d all love to have as a confidante.

The truth of Fake Sugar is in the phenomenal vocal theatrics of Ditto, who requires no in-studio assistance or auto-tuning to provide a stellar product. Ditto is placed front and center throughout the album, with fairly-simple arrangements and a definite lack of lyrical labyrinths. Put simply, Ditto is a sorceress who evokes a mystical, sonic spell on her listeners with her marvelous voice. Fully submitting to the magically musical vibes, CrypticRock give Beth Ditto’s Fake Sugar 4 of 5 stars. 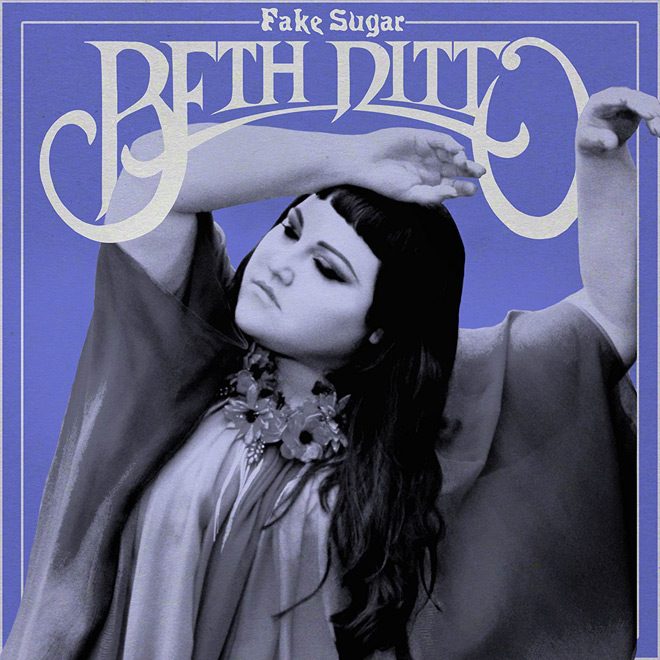