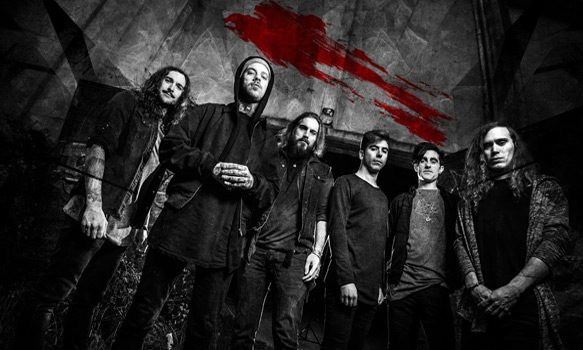 Those who never thought they would see the day that a Heavy Metal band would cover Destiny’s Child and “Let It Go” from the international Disney sensation Frozen, time to wake up and meet Betraying the Martyrs.

A French Deathcore band from Paris, Betraying The Martyrs formed in 2008 when arising from the ashes of three separate bands, Post-Hardcore act The Beverly Secret, along with Metalcore bands Black Curtains and Darkness Dynamite. Going on to release their self-produced, debut EP, The Hurt The Divine The Light, in 2009, it would go on to sell upward of 2,000 copies in France alone.

On the fast track to success, by 2011, the band had signed record deals with Sumerian Records in North America and Listenable Records for the rest of the world. Their debut, full-length studio album, Breathe In Life, hit shelves in September of 2011, and the band quickly took to the road.

Extensive touring brought the band to Germany, Russia, Poland, the Czech Republic, Switzerland, Austria, Luxembourg, Belgium, France, the Netherlands, and the United Kingdom. They have shared stages with a plethora of artists, including – but hardly limited to – Slipknot, Slayer, Anthrax, Whitechapel, Born of Osiris, Veil of Maya, Asking Alexandria, Motionless In White, Chelsea Grin, Dance Gavin Dance, While She Sleeps, Rammstein, The Devil Wears Prada, The Prodigy, and Queens of the Stone Age. Their second full-length studio album, Phantom, debuted in 2014.

A sampling to fans, “The Great Disillusion” was released in 2016 ahead of the album and has a video available on YouTube. A perfect representation of the album, in whole, those who enjoy the punishing growls, addictive harmonies, and crushing bass-lines here, will love The Resilient. Also released before the album, “Lost For Words” is actually the album’s opening track. With more synth-produced atmospherics and choral elements, this song has a video available online as well. The blistering bass and quick-fire drums with harshly confessional lyrics, “The moment that the pen hurt more than the gun is the moment that I lost my mind,” and a killer Rock-n-Roll guitar solo set a murderous pace for the disc.

Their impressive junior effort ranges across the board, from pleas for a return to the naivete of youth with the words “Take me back to when I still felt young, when I still had light in my eyes and sweetness on my tongue” in “Take Me Back” to anthemic, melodic album namesake “The Resilient” with its soaring guitars. Equally anthemic is “Won’t Back Down,” a track that begins with piano, quickly moves to brutal vocals, and is inspired by the terrorist attacks on Paris. Lyrically, Betraying The Martyrs take a stance against the rise of attacks, particularly in their native France. Stating, “Should we feel scared by all of this . . . or be screaming as we stand up?,” they inquire in this anti-terrorism anthem.

In their ‘lighter’ moments, the band are catchy with addictive hooks and melodic with synth-created atmospherics that bring a new level to their craft. Tracks like “Behind The Glass” and “Ghost” prove that the beauty of Betraying The Martyrs’ musical craft is their reliance on extreme contrasts: the biting growls of Matts versus the harmonies of Guillet; the heavy onslaught of rhythm section Hauser, Vigier, and Le Gal versus the often delicate work of Guillet’s keys.

From the very first scorching notes to the surprisingly dulcet finale, this is a disc not to be missed. Betraying the Martyrs are punishing in the very best of ways: pulverizing bass, darting drums, gnarling vocals, and clean, crisp harmonies. Their tour de force assault on the aural senses might not appeal to everyone, but to those who love all things Metal, they prove a fresh addition to the annals of Heavy Metal. Anyone who can listen to The Resilient and not headbang or not throwing up some Metal horns, may need to question themselves. For their impressive genre-bending compositions, intelligent lyrics and accomplished musicianship, CrypticRock gives Betraying the Martyrs’ The Resilient 5 out of 5 stars. 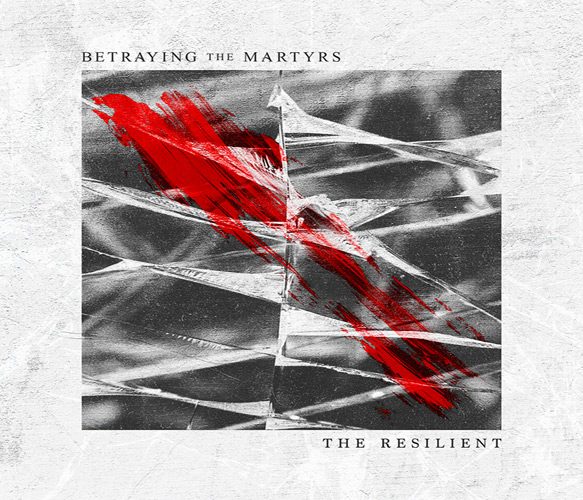