BETWEEN THE BURIED AND ME announce spring headlining tour!

December 6, 2013 BETWEEN THE BURIED AND ME announce spring headlining tour!

Between the Buried and Me (BTBAM) will be returning to the road in 2014 with a headlining tour of North America. Joining BTBAM on this trek will be Deafheaven, Intronaut, and The Kindred. VIP mega bundles are available now exclusively via SHOWstubs.com! Additional limited (25 per city!) VIP packages will be available beginning December 10th on SHOWstubs.com and general admission tickets will be on sale via your local venue’s box office on December 17th. The tour begins February 20th!

Between The Buried And Me’s ambitious concept album, “The Parallax II: Future Sequence,” was the North Carolina-based band’s highest Billboard chart position (#22) since their inception in the early 2000’s. The album also landed the #3 spot on Billboard’s Hard Music Album chart, as well as #8 on the trade magazine’s Rock Album Chart, at #5 on Billboard’s Indie Label Album chart and at #10 on the Billboard Indie Retail Album chart. Additionally, the album landed at #18 on Guitar World Magazine’s top 50 albums of 2012 list.

“Between The Buried And Me’s music is a beautiful thing, an amazing thing, and a very complicated thing, nowhere more so than on the new album. You stand there dumbfounded at the technical wizardry of it all, wondering how in hell they manage to assemble these devilishly difficult puzzles.” DRUM! Magazine

“Between the Buried and Me Continue to dominate progressive metal with Parallax II: Future Sequence, expanding on every already-top-notch aspect of its conceptual predecessor.” Alternative Press 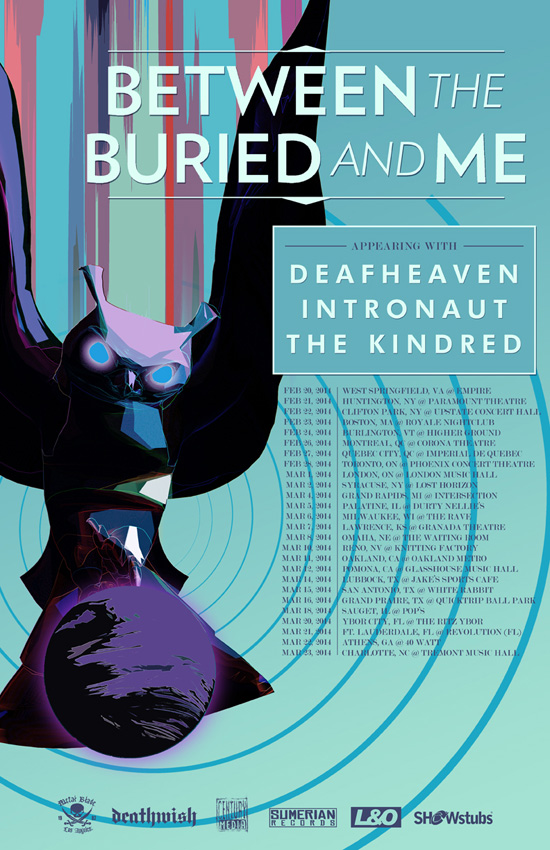