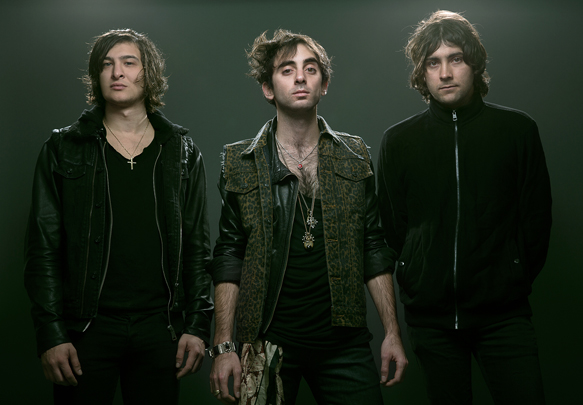 Beware of Darkness is an LA based rock-band founded in 2010 by chief-songwriter Kyle Nicolaides (vocals, guitar) along with Tony Cupito (drums) and Daniel Curcio (bass); who share a mutual respect and admiration for rock-n-roll, blues, gospel, and Motown music. Even if Orthodox is their debut full-length album, the band has honed their skills on the road opening up for acts like Social Distortion, Wombats, Tegan and Sara, Stone Temple Pilots, Bush, Smashing Pumpkins, Deftones, as well as being featured on the Uproar Festival in 2013.

Beware of Darkness provide a unique balance of fast moving rock songs with exploding key and rhythm changes, along with slow-cooked, sexed-up bluesy pieces. Imagine Bowie’s “Hunky Dory” with low, detuned, primal Zeppelin-esqe guitar riffs meeting The Beatles and Wolfmother. The album was recorded at the Sound Factory and Valley Recorder in Hollywood, CA.  Executive produced and mixed by Dave Sardy (Oasis, LCD Soundsystem, Nine Inch Nails), produced by Greg Gordon (Slayer, System of a Down, Slayer) along with production by Nicolaides,  proves that Orthodox has a lot of clout for a debut album.

Lyrically, Orthodox is partitioned into four chapters: Ignorance, Loss, Depression, and Enlightenment; which these emotions are processed musically as well. Nicolaides delivers scathing lyrical content in a snarling howl, tackling subject matters of depression, chaste women, pedophile priests, and post-modern paranoia. Incredibly potent and precise, these are lyrics meant to evoke reactions.  The opening song “Howl” starts with its creaking garage-blues sound in the best Led Zeppelin-manner, followed by “Sweet Girl” with a really nice guitar hook-line. The third song “Ghost Town” surprises with heavy and very dark strings, which seem to carry all the band’s displeasure.

There follows the absolute highlight, also the current single, “All Who Remain” where Nicolaides expresses all the despair of losing someone with the beautiful yet sad lyrics “When you leave this life, the world will be a darker place, for all who remain“.  The tone of the music and vibe of the song sounds somehow like the Beatles of the 21st century with its textured psychedelic guitars. The song definitely deserves the steadily-rising radio airplay to infect more listeners to its brilliance.

While more calm songs with piano and strings like “Life On Earth?“, “Salvation Is Here“, or  the final “Hummingbird” come into play to bring alternation, others like “End of The World“ or “My Planet Is Dead“  again deliver dissonant and clank guitars with typical Led Zeppelin hook-lines. Beware of Darkness understand perfectly how to bring 70’s Rock-style into a psychedelic and contemporary garb.

Orthodox is a cohesive outstanding rock album with old and modern influences which unite coherently in twelve varied songs. Rock fans of the sound mentioned above should keep an eye on Beware of Darkness and give this album numerous spins. Impressing and refreshing as Orthodox is, it may be unfathomable to believe this is a debut; but it is, and it can only get better from here.  CrypticRock gives Orthodox 4.5 out of 5 stars. 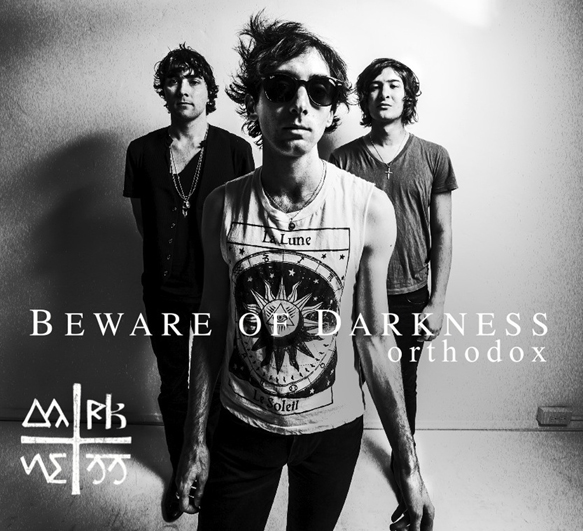