Every generation has its urban legends, but the current crop of teens and ‘tweens might be the first (and will hopefully be the last) to see an urban legend drive two young girls to attempted homicide. In her 2016 Documentary Beware the Slenderman (HBO), Irene Taylor Brodsky (Hear and Now, 2007) explores just such an incident. 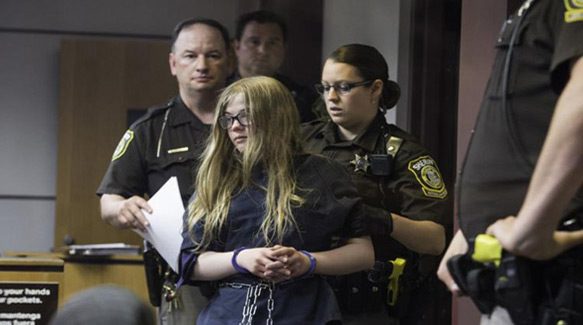 On May 31, 2014, Morgan Geyser and Anissa Weier, both twelve years old at the time, lured Payton Leutner, also twelve, into a wooded area in Waukesha, Wisconsin where they stabbed her nineteen times with a kitchen knife and left her for dead. Leutner crawled to the side of a road where a cyclist found her and called for help. She survived, but the wounds were extensive, requiring surgery and a lengthy recovery period. When taken into police custody, both Geyser and Weier were forthcoming about what they had done and why they had done it: they had planned and attempted to carry out the murder of their friend because Slenderman wanted them to do it.

More than two years have passed since the crime took place, but the girls have yet to stand trial, and questions surrounding the bizarre case persist. How could two seemingly normal twelve-year-old girls believe in an Internet boogeyman and attempt murder on his behalf? Where were their parents? Do the girls feel any remorse? In Beware the Slenderman, Brodsky offers some answers – though they might not be the kinds of answers viewers want to hear.

In an attempt to shed some light on this incident, Beware the Slenderman features interviews with the suspects’ parents, courtroom footage, and commentary from sources ranging from psychologists to Internet meme experts. Most chilling is the footage from the interrogation rooms where Geyser and Weier calmly recount how they planned and tried to kill their friend. During questioning, the girls also reveal their infatuation with Slenderman.

Slenderman is an Internet phenomenon that originated with a Photoshop contest on an online forum. User Eric Knudsen (known online as Victor Surge) created two black and white images of children on a playground with a tall, faceless entity with tentacled limbs lurking in the background. Accompanying captions implied that this entity, which Surge named “The Slender Man,” was responsible for the (fictional) disappearance of the children pictured in the photographs. The images and story delighted fans of spooky fare and quickly became a widely-spread creepypasta (a scary story or image that is frequently copied, pasted, and shared). 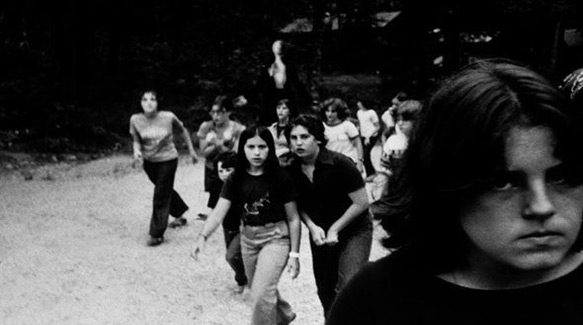 As the Slenderman myth spread, so did the media in which it was presented, inspiring everything from fan art to video games to a YouTube series. Beware the Slenderman provides an in-depth investigation of the meme with insightful commentary from Pop-culture experts and psychologists, and a picture emerges that might explain how two somewhat isolated girls might actually believe in the myth: Morgan Geyser and Anissa Weier belong to the first generation that has video and photographic “proof” of its urban legend.

Among the most compelling aspects of the film are interviews with Geyser and Weier’s  parents. (Leutner and her family only appear in courtroom footage, presumably because they declined involvement with the Documentary.) The girls’ parents are just as baffled and distraught by their crime as anyone else, and their pain is apparent. As they reminisce, speculate, question, and cry their way through the film, one gets the impression the Geysers and Weiers have agreed to participate in the Documentary because they too are seeking answers.

What is more frightening about these scenes than any Internet ghoul is that it is impossible to place the blame on these parents’ shoulders. They are not abusive, neglectful, uninvolved, or any of the other things one might expect a killer’s parent to be, and the fact that the child of a loving, nurturing couple is capable of acting in a manner so contradictory to her upbringing is truly frightening. This is not to say that these interviews are not revealing, particularly in Geyser’s case, but it is clear that the girls acted due to factors largely (if not completely) beyond their parents’ control. These interviews remind us that bad things happen to good people. 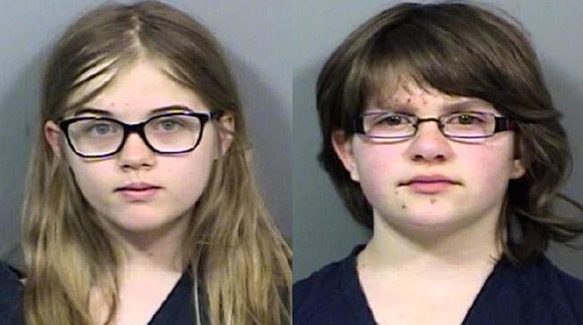 After making the film festival circuit in 2016, Beware the Slenderman premiered on HBO on January 23, 2017. Despite what its title might imply, it is not a Horror movie — but it is horrific. Fans of urban legends and Internet lore will enjoy watching experts analyze the Slenderman origin story along with his current place in Pop culture. Those who enjoy more aggressively creepy fare are in for a treat as Beware the Slenderman contains a sequence featuring scenes from the 1986 Czech film Krysar (The Pied Piper), a beautiful and bizarre stop-motion animation that resembles the work of Jan Svankmajer.

In general, Beware the Slenderman will appeal to anyone with a healthy sense of morbid curiosity. The film has strong pacing, and its subjects – the adults at least – are more relatable than one might expect – or want. The true horror of this film lies in the fact that no one can really protect their children or know what they are up to one hundred percent of the time and that tragedy can befall anyone no matter how hard they try. CrypticRock gives Beware the Slenderman 4 out of 5 stars. 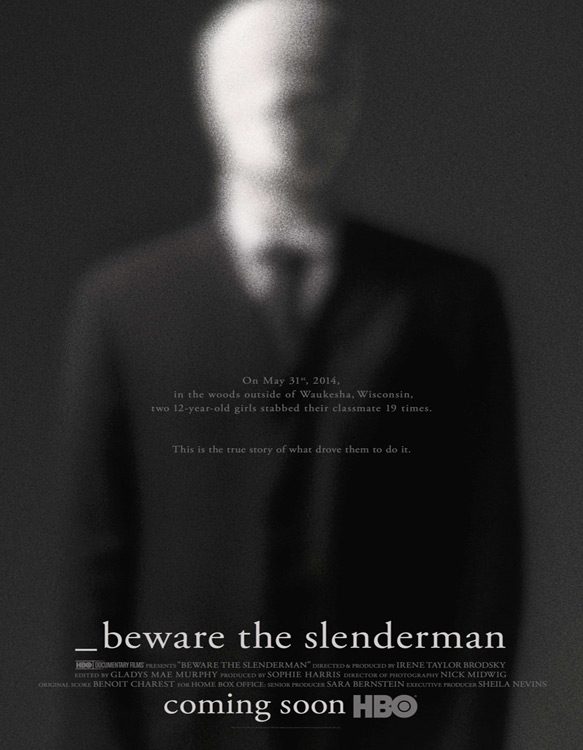