Beware, The Phantom of the Opera 90 Years Later

The Phantom of the Opera was directed by Rupert Julian (Naked Hearts 1916, The Cat Creeps 1930) and produced by an uncredited Carl Laemmle (Hiawatha 1909, Where’s Elmer? 1934) from a script by Elliott J. Clawson (Jane 1915, Skyscraper 1928) and Raymond L. Schrock (The Gentle Art of Burglary 1916, Gas House Kids 1946).  It was adapted from the harrowing novel written by Gaston Leroux with music by Gustav Hinrichs, which The Phantom of the Opera was his only film credit.  Jewel Productions produced while Universal Pictures distributed it.

Singer Christine Daae (Mary Philbin: The Blazing Trail 1921, After the Fog 1929) is a beautiful songstress, who is relegated to being second fiddle to the sub-par Carlotta (Mary Fabian’s only role) and her domineering mom (Virginia Pearson: On Her Doorstep 1910, The Primrose Path 1931) at the Paris Opera House. The Opera House is rumored to be haunted by “The Phantom” (Lon Chaney: Damon and Pythias 1914, The Unholy Three 1930), who demands, by way of letter, a salary and that box five be left vacant for his use.  Everyone has heard of him, yet very few have seen his shadow.  The Phantom acts as Christine’s mentor and, although she hears him in her dressing room, she has never seen him.  When her suitor, the regal Vicomte Raoul de Chagny (Norman Kerry: Manhattan Madness 1916, Tanks a Million 1941) comes to see her act, and woo her away, he threatens everything The Phantom lives for, which makes for an interesting love triangle.

The idea for the movie came about when the legendary producer, Laemmle and renowned author, Leroux, met in Paris. Laemmle dropped his admiration for the Paris Opera House, to which Leroux gave him a copy of his 1911 novel, The Phantom of the Opera.  Devouring the book, Laemmle bought the rights. With Lon Chaney Sr., also known as “The Man of a Thousand Faces,” on board, production was underway by 1924 on Soundstage 28.  The set was contentious at best between the cast, crew and director, as the first test screening proved with bad reviews.  The film was pulled from its original slot and ordered mostly reshot, with both Edward Sedgwick and Chaneyat the helm after Julian walked.  That version failed and a third go with a hodgepodge of Sedgwick’s and Julian’s footage was released.  This set The Phantom of the Opera’s course to immortality. 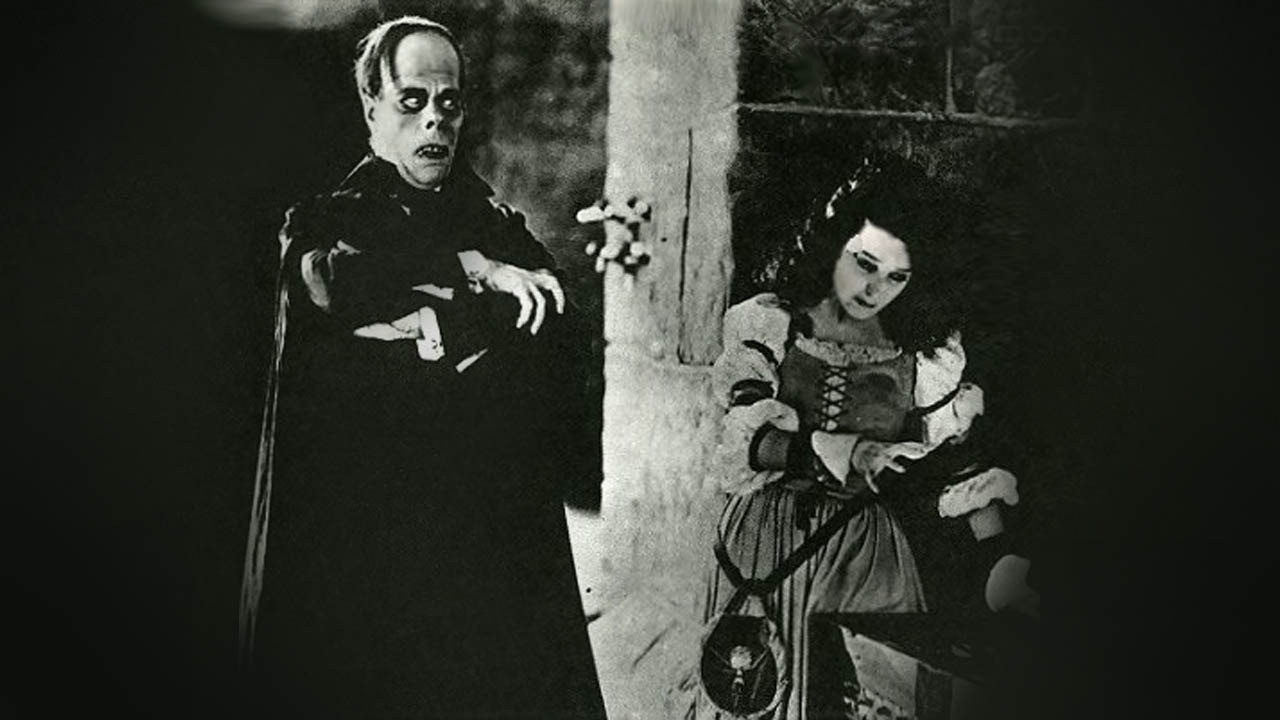 Leading man, Lon Chaney, made a name for himself starring and doing his own make up in 1923’s The Hunchback of Notre Dame as the tragic hero, Quasi Modo. For The Phantom of the Opera, he was given carte blanche.  He painted his eyes and nostrils black, pinned his nose with wire so that it would cut into his skin and wore jagged dentures.  His attention to detail was such that his incarnation of The Phantom is considered the most faithful to Leroux’s depiction.  When the big reveal happened, it was reported that people not only screamed, but fainted in the aisles.  The reaction seen on Philbin’s precious face is genuine, as she was not made privy to how Chaney was going to look.  To this day, Chaney’s Phantom is considered among the the most terrifying Horror characters.

Although The Phantom of the Opera is a silent film, Chaney’s subtle gestures and spectacular make up was capable of making audiences feel horror and pity in a matter of seconds.  The same goes for Philbin’s character, taking the audience along for the ride after seeing her go from doe-eyed hero worship to horrified realization.  The Phantom of the Opera was shot in black and white and a 2-strip Technicolor of blue and red, as well as sepia, for most of the film. This tones helped establish inside, outside, above ground, or in the catacomb, especially for the masquerade sequence and party atmosphere.  The Phantom’s death costume is exceptionally red to be noticed and threatening at the same time.

Soundstage 28 was a sprawling stage expressly built to serve as both the Opera House and the catacombs. The sets looked genuine with their own personalities and had depth. The Opera House was ornately decorated, lively, teeming with goings-on while the catacombs look musty and dank, practically smelling of the dead. Unfortunately, Soundstage 28 was demolished in 2014 after acting as host to a multitude of memorable films throughout its 89-year career. 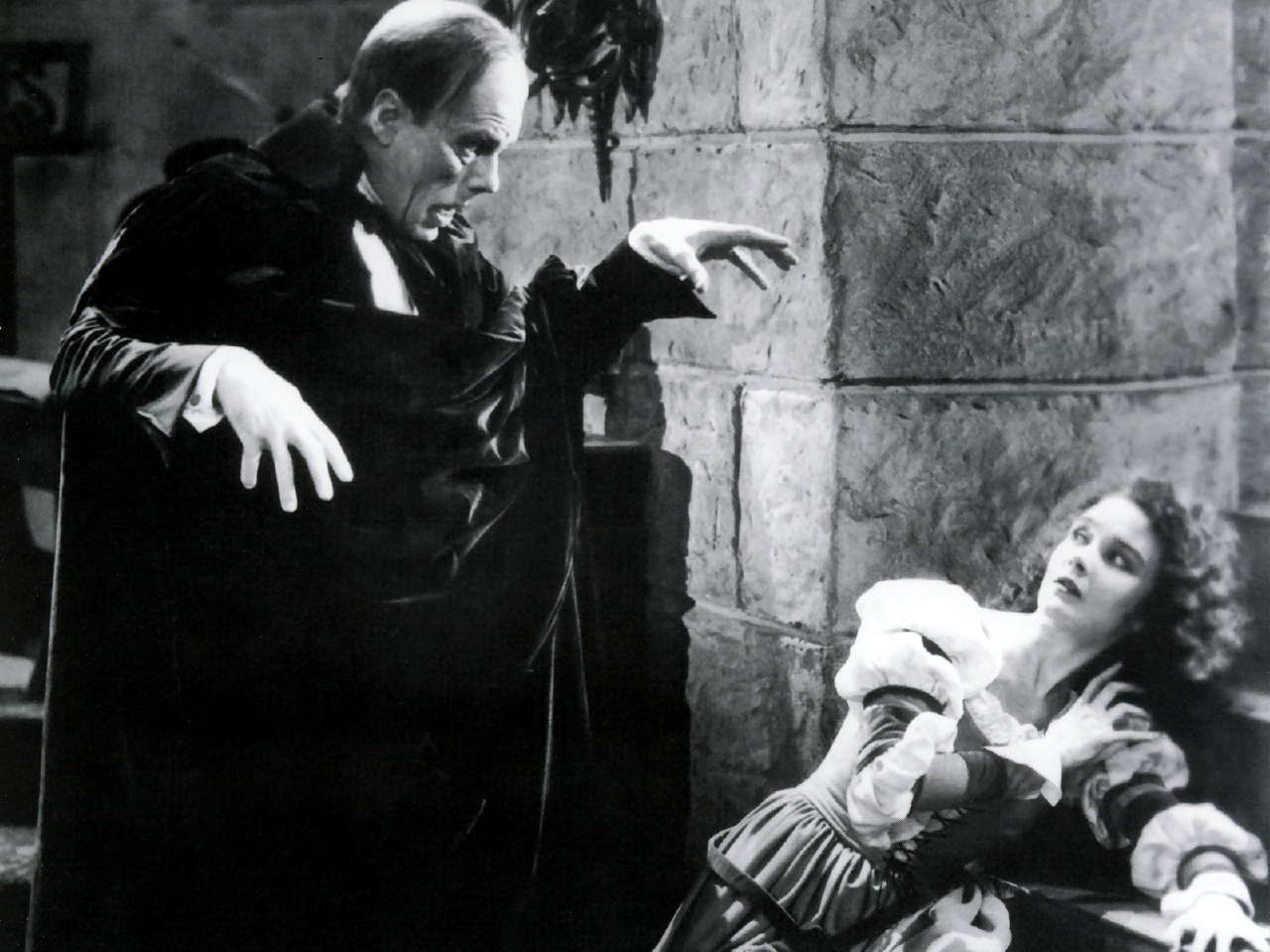 The Phantom of the Opera received positive reviews from critics and would go on to make an estimated two million dollars by the end of its run.  Five years later, a sound re-issuance earned the film another million dollars and spurred Universal to create its illustrious list of classic Horror monsters.  The film then received the highest accolade a movie could receive when  it was selected for preservation in the United States National Film Registry.

As with most successful films, The Phantom of the Opera has been referenced, paid homage, and spoofed throughout the years.  There have been eighteen iterations of The Phantom of the Opera, including the Broadway play, which is the longest running show to date. There is also a version that predated the 1925 version, while references range from 1950’s television show Sunset Blvd to the 2015 television show Shuriken School. It is clear, even ninety years later, that The Phantom will be lurking in the rafters and catacombs for all eternity. 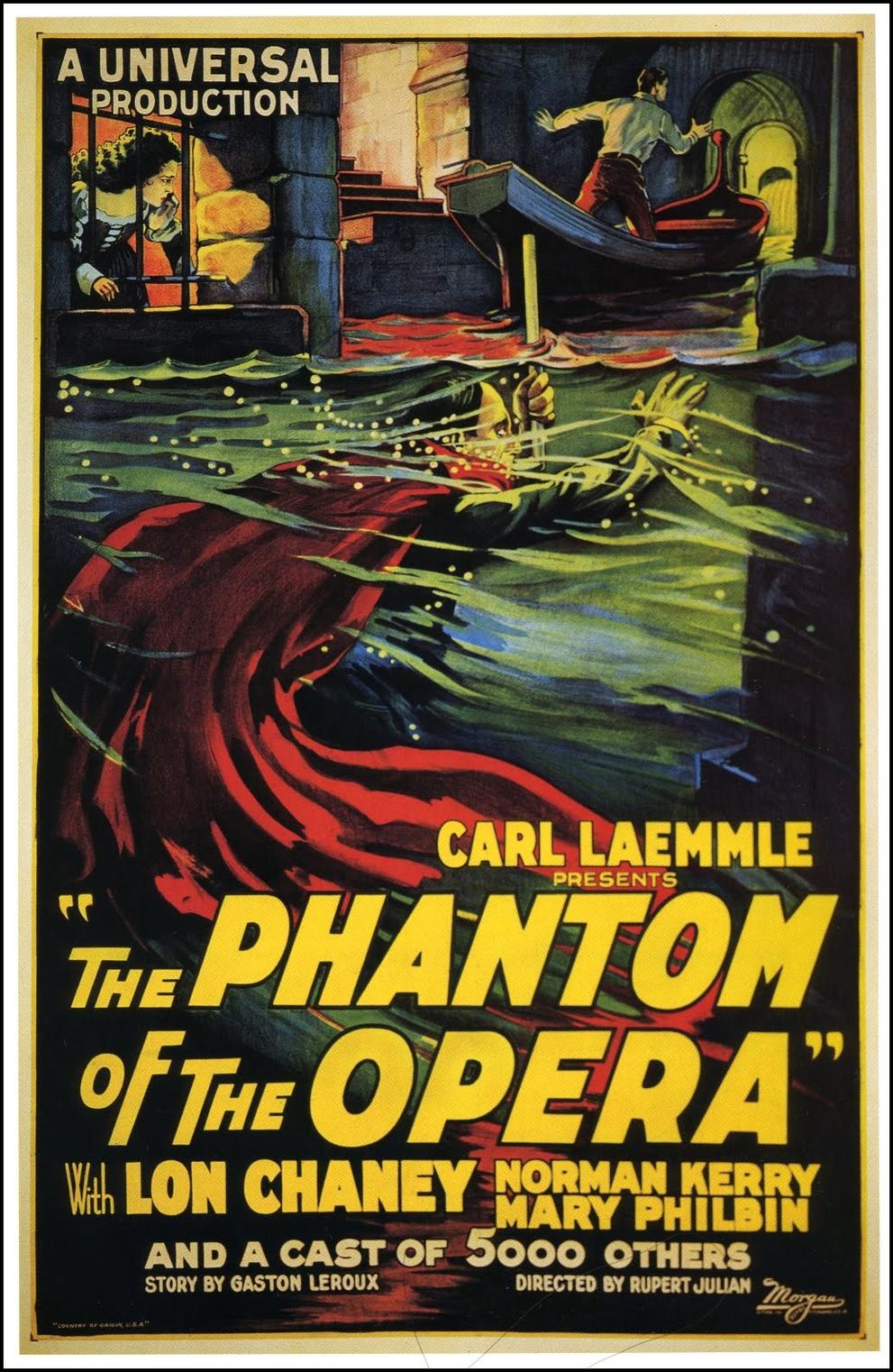