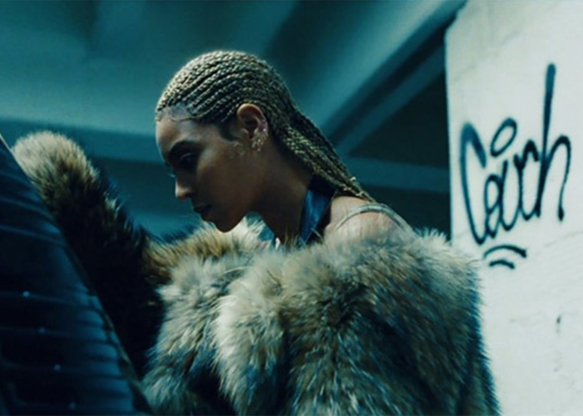 Not often does an album release create the response that American Singer-Songwriter Beyoncé’s Lemonade has done. In fact, Lemonade had all twelve tracks debut on the Billboard Hot 100, making Beyoncé the first woman to accomplish such a feat. Most are familiar with the backstory of Beyoncé; initially finding success a part of R&B group Destiny’s Child, then branching off for her debut solo album Dangerously in Love in 2003. A mega success, Beyoncé stood tall as an independent, bold woman ready to take on the world with a solo career. A record producer, songwriter, singer, actress, business woman, and philanthropist, there are few like Beyoncé.

Smashing streaming records, releasing her dirty laundry lyrically for all to analyze, the HBO Docudrama served up a pre-emptive explosion of speculation. Regardless of personal musical tastes, Lemonade could be art in its highest form. Directed by Beyoncé, along many others such as Kahlil Joseph, this visual album also showcased the talents of some A-plus directors and cinematographers. Neil Miller of Filmschoolrejects.com zoomed in on the cinematography squad that helped make Lemonade the masterpiece it is. Picking apart an archetypal real life, Lemonade is filled with bittersweet destruction, redemption, forgiveness, and acceptance. It consists of twelve songs featuring appears from artists including Kendrick Lamar, The Weekend, and James Blake. Above all, it is an album from a woman singing her truth. As a result, evaluating this art will prove it to be iconic for many reasons aesthetically.

“I’m not late on this,” Adele wrote a week after the album debuted in an HBO special and started streaming on Tidal. In addition, she told Time, “I’ve just been speechless. Beyoncé is the most inspiring person I’ve ever had the pleasure of worshiping. Her talent, beauty, grace, and work ethic are all in a league of their own. I appreciate you so much! Thank god for Beyoncé X.” Keep in mind, this coming from a white woman whose cultural experience is nothing like that of a black woman. Maybe they have sheer genius talent in common. That and that fishbowl previously mentioned. Opening with the track “Pray You Catch Me,” intuition brings to light the fact that more often than not, the truth is real, but it is also a fact. So we argue with reality, ignoring intuition. This paradox is called out with a glaring spotlight on this album.

Many fans first experience with Beyoncé’s Lemonade was through HBO and Tidal as of April 23rd. All these facts combine with the stellar songwriting of a woman coming to terms with her reality. The metaphor laden album avoids becoming cliché because many can relate, our own experience erasing economic, social, or gender differences. Is it because many consumers’ ears are pressed against the world of celebrities like Beyoncé, living vicariously through the narcissistic relationship that the public has with the fishbowl? Chance may have it that our mothers, sisters, brothers, or fathers are among this cast of characters, unceremoniously stripped raw and real. With that in mind, track 2, “Hold Up,” leads with lines from Somali-British poet Warsan Shire’s poem For Women Who Are Difficult to Love. The confusion. The fear. The desire to be that “other woman” to the point of being willing to wear her skin.

Next, cocksure “Don’t Hurt Yourself” blazes with Jack White swagger, anger, sarcastic, and antagonistic. The feeling of being left to bleed, offering up sex as some primal sacrifice to the gods. Realizing that there is no release other than the sound of that phallic staff breaking glass with demonic glee. The ebony goddess is a real human being. As a society, do we look at our part in the of celebrity spectacle? Then, “Sorry” bleeds apathy, and “6 Inch” paints a graphic and vivid sexual experience. We play a part. There is focus on the experience of the black woman as subservient to the god-man freeing her from bondage. But is gender, sexuality, or the color of one’s skin make the suffering less factual? Is that truth irrelevant? The death of Diana, Princess of Wales nearly nine years ago comes to mind, infidelity and a life in the fishbowl the catalysts for tragedy.

The past and the present merge to meet us here. Becoming accountable is part of growing up, or we remain victims of circumstance. The song “Daddy Lessons” is that bridge from the past to the present. Experience is the greatest teacher, but be careful not to fall into the hype machine. Decide for yourself what is good or bad, truth or deception. Trust your intuition. Remember your truth regardless of how big the fishbowl is. Remember that the baseball bat ready to smash open reality is branded with denial, heard in “Love Drought.” Reformation, forgiveness, hope, and resurrection culminate with the retrospective “Sandcastles.”

Later, on the anthemic “Freedom,” featuring Kendrick Lamar soaring, it is reconnection of a disconnected soul, which reverberates with the thunderous echoes of Anthony Hamilton’s song of the same name from Quentin Tarantino’s 2012 film Django Unchained. This comes before the warm love songs “All Night” and “Formation.” Featuring Outkast sampling, the two tracks close the album filled with metaphor and speculation.

Good art creates conversation, fueling a connection to that creation. NPR (National Public Radio) points out that the Mona Lisa is the most famous painting in the world because people believe there is something profoundly special about it, some quality so distinguishing that it deserves to be as famous as it is. Or is this simply a painting of a woman impishly smiling, only viewed as “good” because someone said it was? This poses the question what makes art successful? What creates that spark, capturing an idea of success? Is personal truth fact or just following the crowd? What version of reality can be observed by this slice of life Beyoncé presents?

Regardless of gender, race, or sexuality, the conversation as to why a connection is real here has anything to do with personal experience, or does it come back to the fact that we all hear some version of our Grandma’s voice teaching us how to make lemons into lemonade? Back to the fact that this is about of a piece of music, an art created as a result of personal history. No one knows each other’s history, Cajun and Alabama, or second generation white immigrant from Europe. In essence, the story is the same, but that statement will certainly create an argument. Possibly, it will just create more conversation of how are we going to lead our children into the future?

Lemonade is described as “a conceptual project based on every woman’s journey of self-knowledge and healing.” As with its immediate predecessor from 2013’s Beyoncé, it was released as both a surprise and a visual album. Unlike its predecessor, which featured a music video for each track, the Lemonade visual album took the form of an hour long film shown, and it will no doubt be one of the most talked about experiences of the year. CryticRock gives Lemonade 5 out of 5 stars. 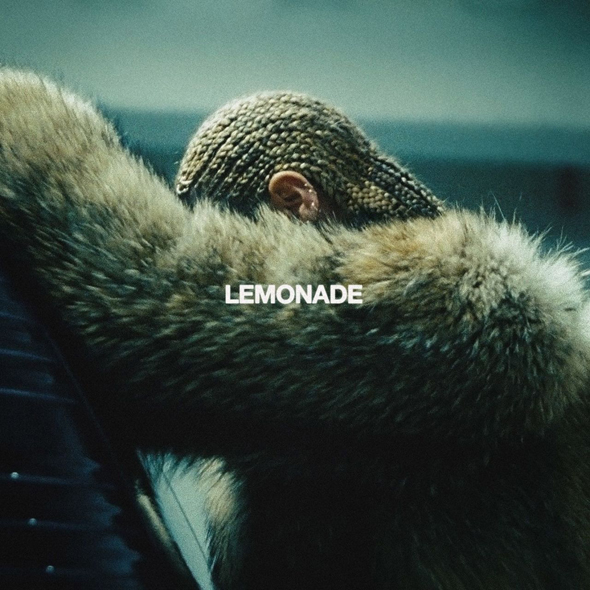