Shown at such film festivals as Toronto After Dark Film Festival in Canada and Horror Channel FrightFest in the UK, 2017 was a big year for Liam O’Donnell’s Beyond Skyline. A follow-up to his 2010 film, Skyline, Beyond Skyline received a limited theatrical release as well as VOD and Digital on December 15th, but thanks to Vertical Entertainment and Lionsgate, it receives a DVD/Blu-Ray release on Tuesday, January 16, 2018. 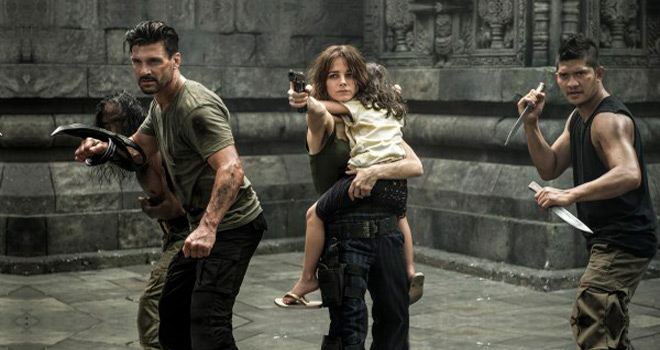 Receiving mixed reviews, Beyond Skyline takes the interesting concepts seen in the first film and attempts to develop them into a suitable sequel. That said, Skyline was a very well made film and a welcomed addition to the Alien genre thanks to a very unique ending. Unfortunately, Beyond Skyline may fail to deliver for Sci-Fi fans of the first installment.

Though the main characters are introduced in a semi-generic way, the first half of Beyond Skyline starts off strong. It follows Los Angeles police detective Mark Corley (Frank Grillo: The Grey 2011, Captain America: The Winter Soldier 2014) steadfast to free his son Trent (Jonny Weston: Chasing Mavericks 2012, Insurgent 2015) from being captive on a alien warship. From here, Mark leads a group of surviving humans, including Audrey (Bojana Novakovic: Drag Me to Hell 2009, Shameless series), in an attempt to escape the aliens. Will he locate Trent in the various portions of the alien ship, and what will be the outcome of the final battle? 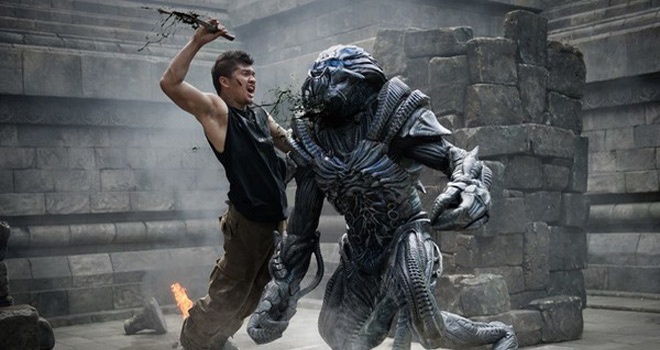 A simple enough plot to follow, it is really the tale of two films. Unfortunately, the problem stems right after the first half of Beyond Skyline where the momentum withers along the potential of viewer interest. Why? Well, the characters begin behaving in weird ways and the plot all together just starts to become underwhelming. Perhaps O’Donnell became heavy-handed in his delivery in the second half, resulting in the breakdown of what he worked so hard to achieve in its first half. Sadly, by the time viewers reach the last half of Beyond Skyline, all momentum is lost. The charm is lost now that the aliens are overwhelmed and defenseless. The aliens become a cannon fodder, which may be a bit of a disappointment for some. Simply put, the storyline becomes lazy, concluding in a rather unbelievable way.

On the bright side, it is when the audience gets into the alien ship that things really shine for Beyond Skyline. With an attention for detail, craftsmanship of the ship is astounding. Kudos to the special effects team for creating environments that really bring the audience into Beyond Skyline while guaranteeing to leave them utterly entranced by the presentation. 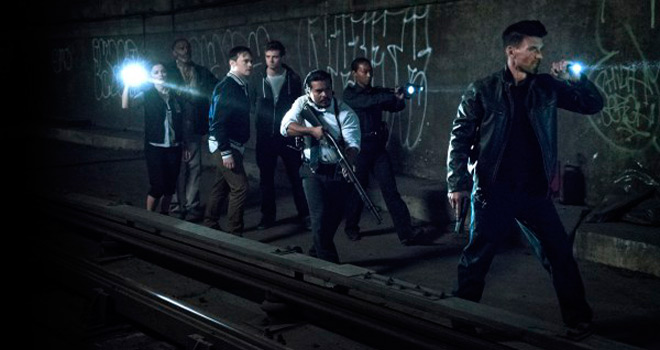 Those looking for action may think Beyond Skyline is as good if not better than Skyline. Quite entertaining at times, and while the production value is almost on par to that of most big budget Sci-Fi flicks, it would have worked out much better if the story had time to develop. The irony is that some viewers sincerely believe it is better than the original. What does that say? It says opinions are objective and what may entertain one may not the other. Truthfully, Beyond Skyline would have been light years better had it not felt rushed, because ultimately, everyone wants a developed story. Still worth checking out and devising one’s own opinion, CrypticRock gives this film a 3 out of 5 stars. 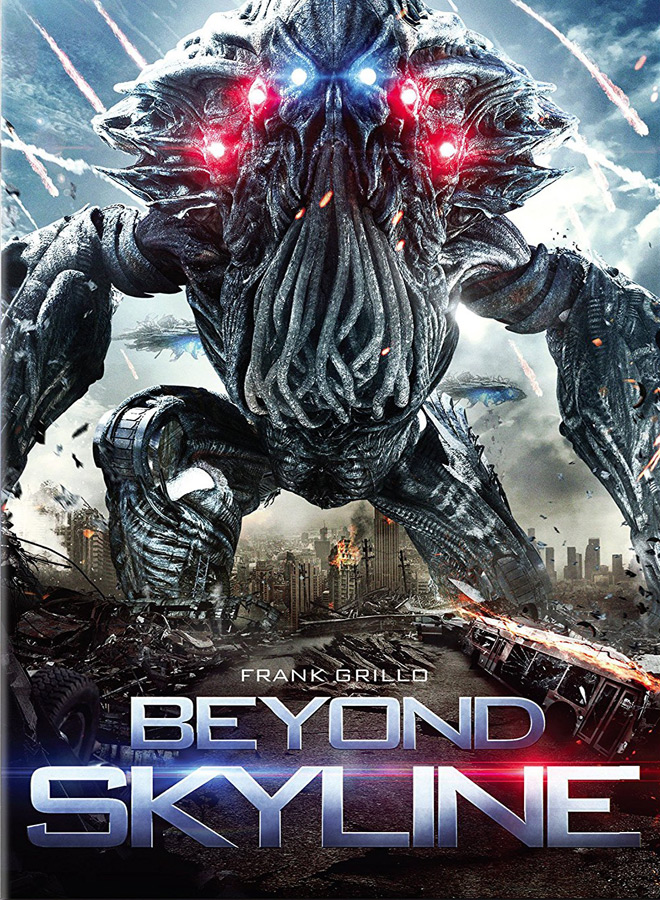