Now these “horrifying tales and visions of madness, death, love and God” have been adapted as a series for VOD platforms by X&Trick Motion Pictures and Bez Film Studio. But, did it make the jump to VOD successfully? Can it match the AMC Preacher TV series on the awesomesauce scale too? Or, will it be more like the 2003 Ben Affleck Daredevil than the Netflix Daredevil series?

Being honest, that is not a fair comparison. It is not really like those series. In its press release, it describes itself as more akin to Amazing Stories or The Twilight Zone, in that it is a mix of unrelated, stand-alone stories one after the other. Yet, that is not entirely accurate either, least as far as the latter is concerned. For one, The Twilight Zone’s stories lasted the full half-hour each. Bible Black’s stories last approximately 3-4 minutes each, give or take a minute or so. The exception to this is the adaptation of Lobster Girl, J. Morvay’s other graphic novel. It lasts longer, and has more narrative meat to it, but it has been split into chunks amongst the other stories. It could have been an episode in itself, but it would not be any better than the tinier tales.

With themes like God contemplating suicide, or titles like 666 House Street, they more closely resemble the entries on a creepypasta website than Rod Serling’s series. They certainly cover madness, death, love and God as it promises, but horrifying? Not so much. Edgy would be a better description. The beefier Lobster Girl instalments do not fare any better. They manage to be dark, but they do not inspire a reason to care. The strongest and most relatable tale of the bunch, Metamorphosex, could have the potential to fill a horrific half-hour if it had more development. Yet, considering how well it approaches topics like the Holocaust and domestic murder, it would likely require a different author.

So, what would make a better comparison to this than The Twilight Zone? Visually, it is more like a motion comic, with the illustrations showing slight movements before the page turns to the next story. The art, done by Michael Winkler-Krog, Anntti Isosomppi, and the Director and Producer James Neal, amongst others, gives the episode some atmosphere. The soundtrack is similarly commendable, with original tunes provided by J. Morvay himself, as well as some music by Story Narrator Jim Mola.

However, with the occasional quick and easy photo edits, alongside Free Play Music and Kevin Macleod tracks, it also resembles spooky story videos on YouTube. Cutting corners to stay within budget is not a crime, but the comparison does not do the film any favours. Especially when YouTube Creepypastas are free to watch online, and often have longer, more developed stories. The only edge Bible Black has over them are the motion comic visuals. Are they worth the cost on iTunes, Amazon Video, etc?

Ultimately, it is doubtful that they are, but only time will tell. The stories fail to linger long in the memory, let alone horrify. Its use of dark themes comes off weak compared to other sources. The visuals are good, and the soundtrack and narration are adequate. Although, it is not enough to make it worth recommending over ‘CreepsMcPasta’ or other online spooky storytellers, let alone Preacher. For these reasons, CrypticRock gives Bible Black’s Episode One 2 out of 5 stars. 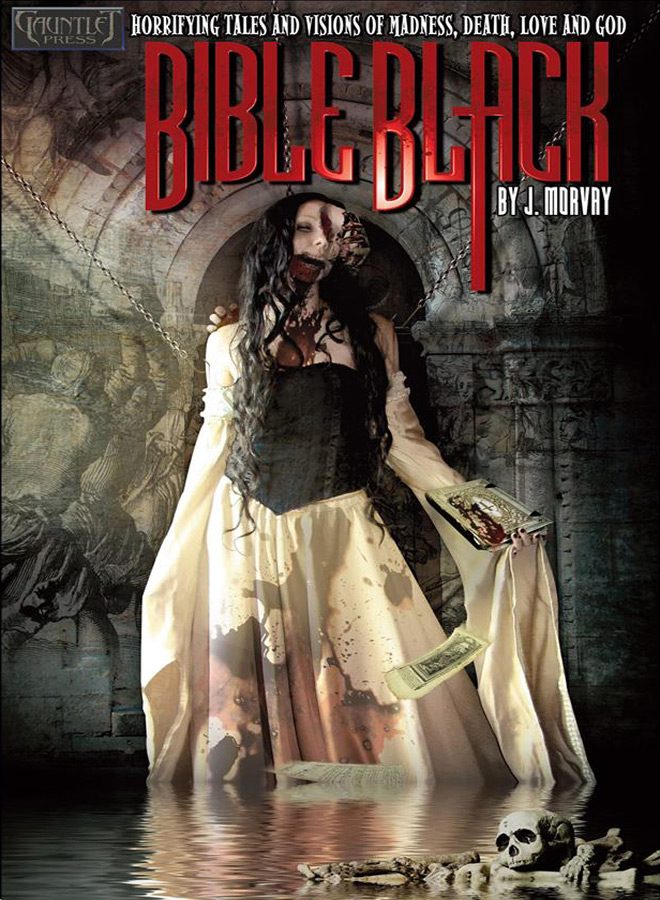