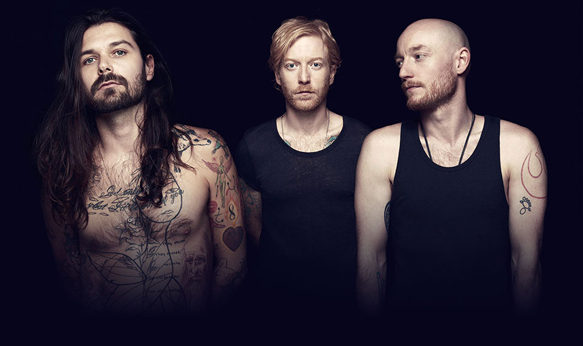 Considered one of the hottest bands in the United Kingdom, Biffy Clyro set out for Rock world domination. Winners of the 2013’s award for Best British band, Kilmarnrock, Scotland natives Biffy Clyro formed in 1995 and since have pumped out top-selling record after top-selling record. Reaching a peak with the platinum-selling 2009 album Only Revolutions, their 2013 follow-up hit, Opposites, hit #1 in the UK. Now in 2016, they look to up the ante with the release of their seventh studio album, Ellipsis. Released on July 8, 2016 via Warner Bros, in two short months, the album has already attained silver status and hit #1 in Scotland, Germany, Ireland, Switzerland, and the UK. Coining this album as the “best record we’ve made,” Ellipsis is bound to penetrate into the North American market in the coming months.

Made up of original members Simon Neil on guitar/vocals, Bassist James Johnston, and Drummer Ben Johnston, Biffy Clyro open the album with lead single “Wolves of Winter.” Debuting on March 21st on YouTube to a positive reception, it provides a strong backbone to the album as the band’s Post-Hardcore sounds blasts through the speakers. Fast-paced and rebellious, the song comes across as an anthem of sorts to those who stand alone and those who stand against what the band stands for. In addition, the mathematical Rock influence typical of the band is present, adding to the aggressive tonality of the track.

Next, “Friends and Enemies” booms with pounding drums. Fittingly named, the opening line establishes the theme of the song: “I see a choir coming down the hill, They’re singing devil songs a welded, twisted melody.” With catchy riffs and Pop Punk undertone, it finds a balance between upbeat and condemning. Then, “Animal Style” maintains a grungy vibe as the instruments gnash up chords, with a Rap style pacing to the lyrics that are raw and primitive. Making a change of pace, “Re-Arrange” slows everything down a bit with its dissonant underwater sound. A bit dreamy and melancholic, the track comes off as hopeful and lost at the same time.

In complete contrast to the previous song, “Herex” brings back the rebellion and Pop Punk sound the listener has been accustomed to on Ellipsis. This cut forewarns “Don’t lose what’s already lost;” a narrative that is complex and confused as it questions what true love actually is. True to style and very emotionally driven, the song keeps the pacing of the album smooth. Thereafter, on “Medicine,” there is light acoustic strumming, mellowing out the previously fast once again. Featuring only vocal and acoustic guitar, it is a breakup song to the core, focusing its intensive on the feeling of splitting apart, in the narrator’s own words, taking separate roads.

Taking a Prog-Rock turn, very suddenly, “Flammable” opens with jilted chords and expressive lyrics in the chorus: “All of your self control, denies you the light, puts you in a hole, how come that no-one knows, you have a heart? Do you have a soul?” Searing and truthful, this song is meant to call out someone who believes they know best and remain unwilling to open their mind. Moving forward, “A Bang” blares in aggressively, painting a colorful depiction that seems once again condemning and vengeful. A theme of Ellipsis, the angry song is a welcome addition to the playlist.

Dialing back to a gentler and hopeful sound, “Small Wishes” is a bit tongue-in-cheek; sardonic in its storytelling. The composition itself seems to have a prevalent feel of “don’t believe all you hear,” or something to that effect. With vague lyrics and a happy vibe, the words are open to interpretation and can fit many meanings. Reintroducing a Pop sound, “Howl” has a nostalgic edge before the eleventh and final track, “People.” Their last hurrah, “People” is an ending song that lives in the present, a more romantic edge creeping in to an otherwise bitter album.

Overall, Ellipsis raises intrigue, it bounces somewhere between revenge, judgment, renewal, and romance. With the band’s typical Math-Rock pacing and intricate mix of genres, it is an interesting sound they have established. It is important for a band to grow and transform, to try new things, and these guys have done it pretty well. CrypticRock gives Ellipsis a 4 out of 5 stars for its eclectic style. 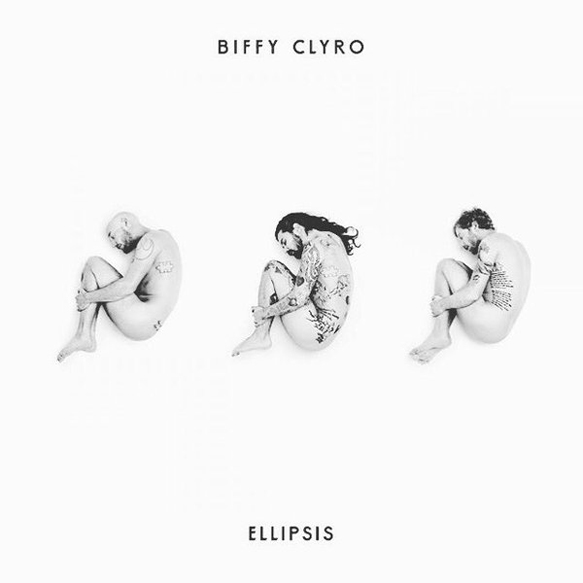