Alex Mathis (Greg Grunberg: Let’s Kill Ward’s Wife 2014, Underdog Kids 2014) is the Big Ass Bug Killer, and his specialty is spiders. On his day off he helps his friend Mrs. Jefferson (Lin Shaye: Insidious 2010, Insidious 2 2013); he is bitten by a spider and goes to the hospital to get checked out. While he is there, a body is brought in and the morgue attendant Carl (Ruben Pla: Cheap Thrills 2013, Contracted 2013) takes it to the Morgue. While examining the body he is bitten by a big spider that comes out of the body bag. His pleas for help to the Hospital Director Gordon Harris (Bob Bledsoe: All American Christmas Carol 2013, Jessie 2014) go unheard until Special Forces busts their way in, led by Major Braxton C Tanner (Ray Wise: Night of the Living Deb 2014, Malevolent 2015) and aided by Lieutenant Karly Brant (Clare Kramer: Road to Hell 2012, The Lost Tree 2014). 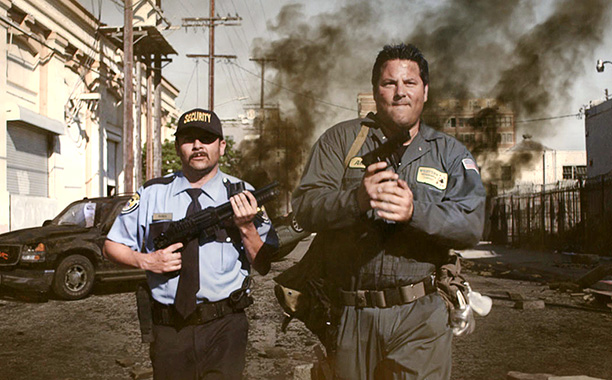 Big Ass Spider! was released by Epic Pictures and Wittgenstein Entertainment on the 12th of March 2013, written by Gregory Gieras (Beyond 2012, A Fine Step 2014) and directed by Mike Mendez (Lavalantula 2015, The Devil’s Convent 2015).  A Comedy/Horror, Big Ass Spider! takes a humorous look at a giant spider invasion. Alex is a bit of a loser, single, overweight, and over-confident. This does not stop him trying to hit on Karly and Nurse Lisa (Alexis Kendra: Girlhouse 2014, Mania 2014) while the Major and Doctor Lucas (Patrick Bauchau: Ich and Kaminski 2014, Everything Will Be Fine 2014) shut down the hospital after Carl has been bitten and the spider starts killing other patients. The spider is growing at a rapid rate and getting smarter by the hour. It has started hunting and trapping its prey, humans. Time is of the essence for the Special Forces to find the spider before it kills again and before it is unleashed on the general public. The Special Forces are keeping a dark secret and it will cost lives, maybe even their own. 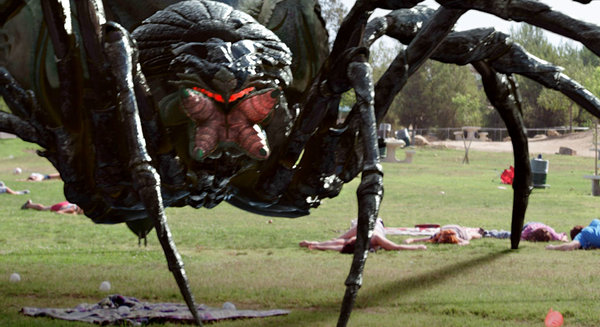 They cannot contain the spider for long and it starts breeding and storing web covered future snacks as it makes its way uptown. The spider is big and getting bigger, wreaking havoc all over town. It climbs buildings, instead of a massive gorilla, it is a big ass spider, and it is coming for you. The only one that can come close to it is Alex and his trusty side kick Security Guard, Jose Ramos (Lombardo Boyar: Film Pigs 2014, Dawn of the Planet of the Apes 2014). Alex says he can think and feel like a spider, get into its mind, and see how it thinks. He used this strange ability to hunt the killer spider through the city and deep down underneath its busy streets. Alex has to find an inner strength, and strong pesticide, to fight his arch nemesis, the spider, only it is really big and it spits an acid that eats a person’s face off. Apart from that, Alex’s day off is going fairly well, he may have even met the girl of his dreams, or two. 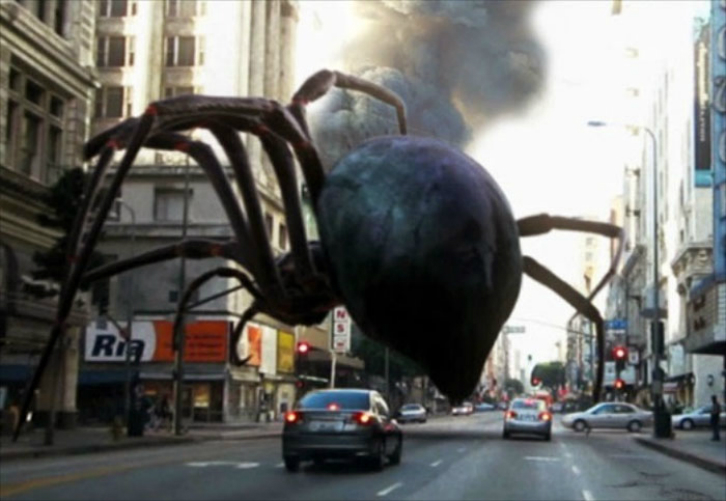 Can Alex save the day and win the girl? Or is he destined to be a lonely bug killer who could not save the city? Will the Special Forces be able to keep their secret before anyone finds out? Big Ass Spider! is a light entertaining film, which while it does not offer anything new, it does amuse with its simple, easy to follow plot. This flick is a well-acted film with sound special effects that pulls viewers along with the story. It has plenty of blood and gore to suit most Horror fans and it is funny enough to watch a second time. CrypticRock gives Big Ass Spider! 3 out of 5 stars. 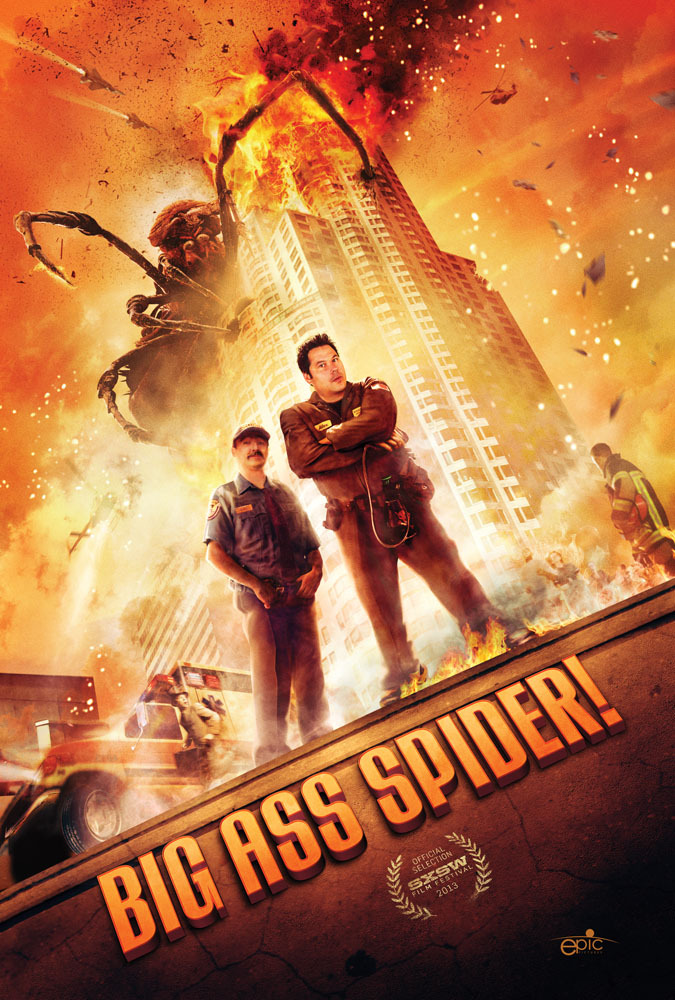 Purchase a copy of Big Ass Spider! on Blu-Ray/DVD on Amazon