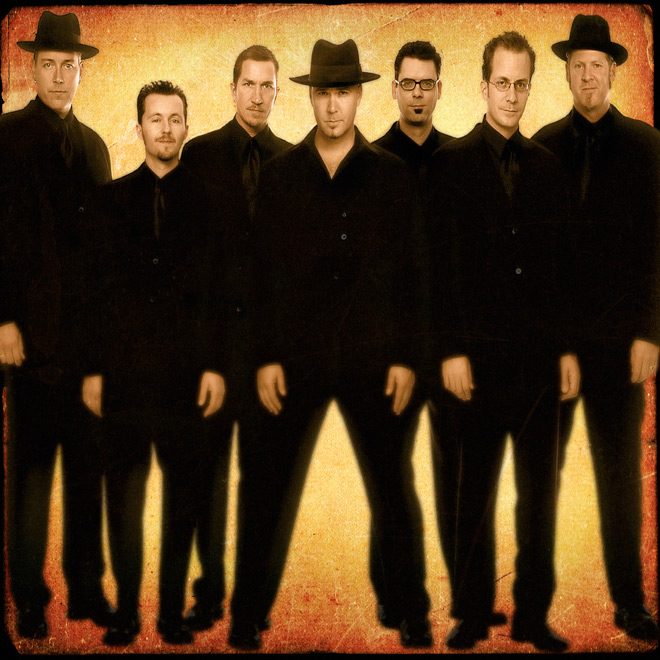 Get ready to go down memory lane swinging it with Big Bad Voodoo Daddy! Founded almost three decades ago, the modern Swing band are gearing up for the release of their latest album Louie, Louie, Louie, courtesy of Savoy Jazz on June 16th.

Their eleventh overall studio album, with Louie, Louie, Louie, the band single handedly created a tribute album dedicated to a stellar triad of Jazz musicians while seasoning each soundtrack with their unique brand of musical spice. These Jazz greats – Louis Armstrong, Louis Jordan, and Louis Prima – each adorn a branch on the evolutionary tree of the genre. Thirteen tracks in total, Louie, Louie, Louie reanimates the favorite tunes of a bygone era when Swing and Big Band sound were all the rage!

Multi-platinum selling, Big Bad Voodoo Daddy consist of Scotty Morris (lead vocals and guitar), Kurt Sodergren (drums), Dirk Shumaker (double bass and vocals), Andy Rowley (baritone saxophone and vocals), Glen “The Kid” Marhevka (trumpet), Karl Hunter (saxophones and clarinet), as well as Joshua Levy (piano and arranger). Together, they did a little gravedigging, or better yet an archeological excavation, to unearth these lyrical gems to resuscitate each one with the signature charm and vitality that the band is known for.

That said, it was no small feat to create a tribute album and fill the big shoes of these legendary jazzmen. Not surprisingly, Big Bad Voodoo Daddy did an amazing job at modernizing these slightly tarnished oldies but goodies. This Grammy-nominated band is definitely on top their game as the members skillfully recreate the timeless Swing and Jazz rhythms that evoke a visceral response that sets kinetic movement of the limbs such as foot tapping, head bopping, or body swaying.

Produced by Morris and Pianist/Arranger Joshua Levy, Louie, Louie, Louie is a compilation of the popular tunes that watermarked the genre of Swing Jazz and the current musical tastes of mainstream America from a forgotten era. It should be noted here that great musicians are given immortality by insightful bands such as Big Bad Voodoo Daddy who recognize the timeless beauty of these musical pearls that lay before them. They do not wish them to be hurled into the heap of forgotten treasures forever lost to future generations. The hope here was to fan the flame of interest so that others may learn of these musicians and possibly channel their creative genius into their own compositions. In this album, the musicians crafted the perfect combination of updated rhythms and instrumental solos to refit these relics from the past and simultaneously satisfy the musical palate of the modern Jazz enthusiast.

When listened to, these favorite songs lift the spirits and the lyrics themselves deal with themes that are as current now as it was back then. That in mind, the entire album is easy on the ears, playful, and make one want to get up and sway to the Swing beat. There really are no favorites here as each track was just as delicious to the ear as the one before it. However, a discussion of a few tracks is in order. The first track on the album happens to be “Dina,” a lively Swing piece that has one foot stomping to the fast-paced beat. Here is an upbeat ballad about a beguiling young woman. Then there is “’Oh, Marie,” another love ballad that embodies the unrequited love theme and has been a favorite of Louis Prima. Here, trumpet solos abound in this piece and are as melodious and interchangeable as a vocal.

Furthermore, the piece “When The Saints Go Marching” needs no introduction and has been deemed to be the unofficial anthem of New Orleans and it is still quite popular. It has been played numerous times by Jazz musicians everywhere and is part of their musical repertoire. Louis Armstrong made it his own by infusing the song with his signature bluesy sound that made his rendition unforgettable.

For those who wish to engage in a total immersion experience with Swing, Big Bad Voodoo Daddy are playing select shows now through November. Get your flapper dresses and Charleston Headband in gear for the next Swing revival! That is why CrypticRock gives Louie, Louie, Louie 5 out of 5 stars. 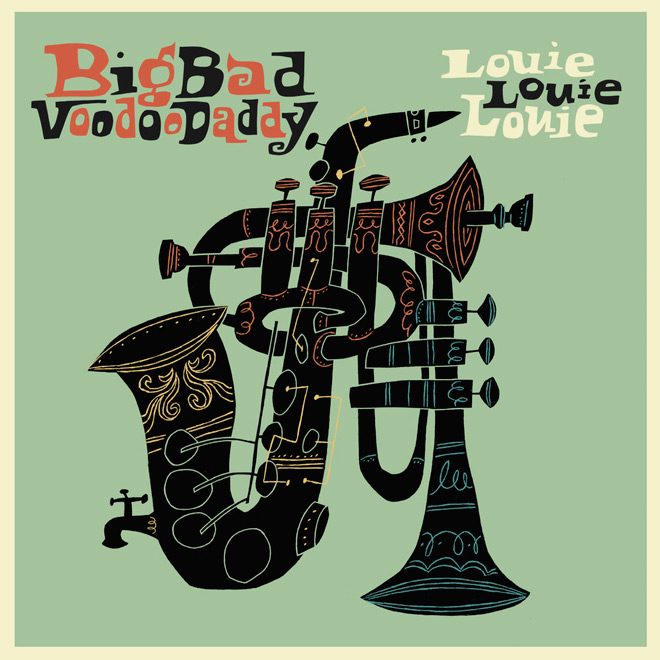