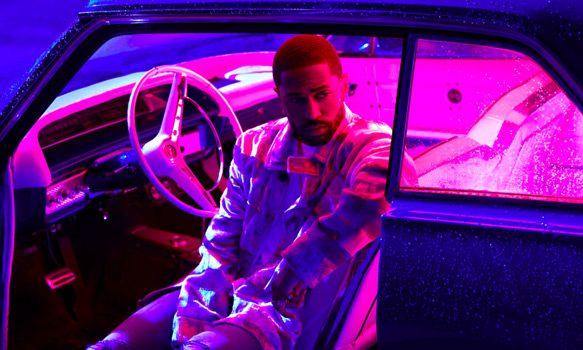 Breaking onto the Rap/Hip-Hop scene requires a certain level of motivation and drive, different than other genres of music. A difficult task, Lyricist Big Sean made it clear from his humble beginnings in Detroit, Michigan that he had exactly what it took to make to the top of the mountain.

Known for his moody work, not only has the 28-year-old musician put in the footwork and overtime to jumpstart his career, he forged the connections he would need later on when he signed to Kanye West’s GOOD Music. Once his position was stable with collaborations on his albums with Drake, Tyga, and Asher Roth, among others, Big Sean began dipping his toes into producing.

With a short list of albums released, Big Sean’s first official studio album, 2011’s Finally Famous, featured Chris Brown and reached a peak position at #2 on US Rap and Hip Hop charts. Next, 2013’s Hall of Fame offered up even more artist collaborations with a peak position at # 3 on the charts. Self-producing his third album, 2015’s Dark Sky Paradise is now certified platinum, proving Big Sean is here to stay.

Now, in 2017, he is back with his brand new album, I Decided. Dropping on February 3rd via GOOD Music and Def Jam Recordings, the new effort features production from a list of collaborators including Kanye West. A conception that challenges Big Sean as an artist, I Decided seeks to push past the boundaries of one size fits all style genre.

With a dramatic start, a brief intro opens the album up with heartbreak and regret right from the get-go. The documentary feel rolls into a relaxed vibe on “Light.” Featuring a guest spot from Jeremih, the raw lyrics of the track give strength and hope in a world filled with struggle. Next up is the dark and fast lead single “Bounce Back,” which is full of resolve while having modern nuances mixed in with older simplicity found on many older Hip Hop classics.

Continuing with collaborations, Eminem appears and leaves his mark on “No Favors.” Once again reaching for updated sounds meshed together, the track is a really solid work of art. Up next is the warping “Jump Out The Window” with an angry and frustrated tone. Deceiving, there is slower pace which relies on vocals to emphasis the stress. Going back to the vintage styling, the album’s second single, “Moves,” starts out like a writing session at a recording studio. Without speeding up, the tempo gyrates and feels faster with the lyrics.

Moving forward, dream-like R&B influences permeate “Same Time Pt. 1,” which features TWENTY88. Then, a unique subject matter touches on a lover turned rival with grace and sophistication with “Owe Me.” Keeping the lyrics interesting, the stress of a successful career is give an ode on “Halfway Off The Balcony.” This is before echoing vocals drive home “Voices In My Head/Stick To The Plan,” adding richer tones to the overall picture.

Hazy and lazy, “Sunday Morning Jetpack” is a track that is well suited to chill out in the sun while contemplative thoughts and feelings pass through a nostalgic cloud. Sliding right in with ease, “Inspire Me” is another laid-back cut. Shifting to a Horror film-esque mood, while utilizing various sound effects, “Sacrifice” features Migos. Dressed with simple beats, pure vocal talents show off the trials one often experiences through the climb from the down. Reaching back for heavy ancestral influences, “Bigger Than Me,” featuring The Flint, Chozen, and Starrah, concludes the album, returning the vibe to the documentary style emotion felt at the start.

Overall, I Decided is a well-rounded album full of deep emotion delivered in street packaging. Exploring different scenarios and situations, lusty and heavy beats combined with wider ranges and verses presented in early days of Rap and R&B make it a potent piece of work. At first glance, the album’s mood is deceptively dark and rough. However, fans will find messages of hope and resilience throughout. For this reason, CrypticRock gives I Decided 5 out of 5 stars. 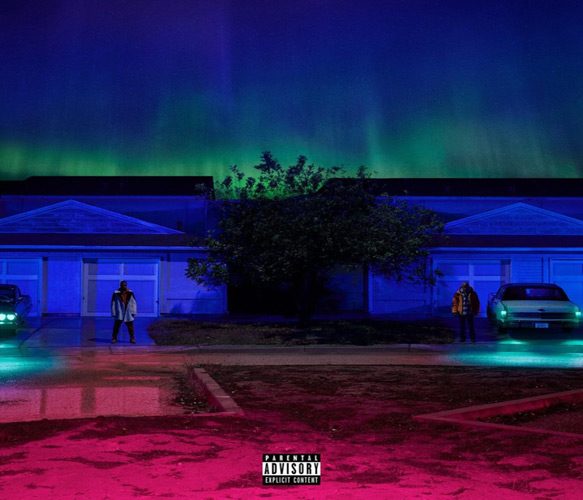