From Director Jorge Michel Grau (The ABCs of Death 2012, We Are What We Are 2013) and Writer Evan M. Wiener (Monogamy 2010) comes the suspenseful story of survival in the film entitled Big Sky. Produced by The Archive and Papagjika Salloway Productions, the drama that lasted an hour and thirty minutes became one of the most precious hidden gems available on VOD and DVD. With a limited release on April 14, 2015, Big Sky made a splash into a narrow audience across the US and was distributed by Entertainment One. Santiago Sanchez delivered an amazing cinematography worthy of an Oscar moment; the scenery and actors all help develop this film into what it is. Bella Thorne (Shake It Up! 2010, The DUFF 2015) as Hazel, Kyra Sedgwick (Gamer 2009, The Possession 2012) as Dee, Frank Grillo (Minority Report 2002, The Grey 2011) as Jesse, Aaron Tveit (Les Miserables 2012, Graceland 2013) as Pru, and François Arnaud (I Killed My Mother 2009, The Borgias 2011) as Clete help make this film a great success with one of the most intricate subjects to work with, Severe Agoraphobia. 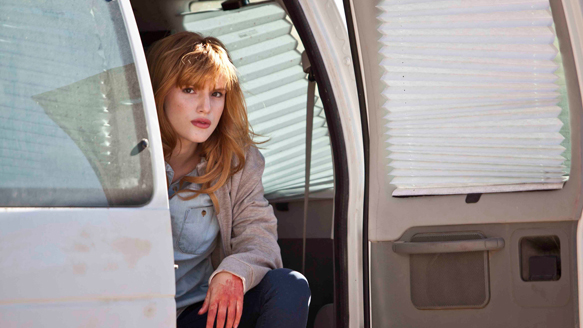 Hazel (Thorne) just turned eighteen and her father is forcing her and her mother Dee (Sedgwick) to drive off to a facility where they will be able to take care of Hazel’s sever agoraphobia. Reluctantly, they both agree and a van pulls up to pick them up. The van is accessible to Hazel’s needs; it has a back compartment only she can be comfortable in. On their way, the driver flirtatiously asks Dee what her story is and minutes later they pick up other presumably mentally ill people. Everything seems to be going smooth until one of the tires explodes and they are all left in a cloud of dust. In the next few minutes, two masked men, brothers Jesse (Grillo) and Pru (Tveit), start shooting people, starting with Dee. Their mission: to take an heiress, aka the kleptomaniac. They leave with her not knowing Hazel is in the box on the back of the van.

Realizing her mother is still alive, Hazel musters all her strength into helping her mom by going into the nearest town looking for help. She sets course by walking meter by meter, step by step. Wanting to burn the remains of the van, the brothers go back and find out Hazel is gone. Jesse goes to look for her and Pru stays behind, eventually standing still at gunpoint by Dee. Elsewhere, Hazel is visited by visions of her dead sibling; it all seems the events of how her sibling died is what triggered Hazel’s agoraphobia. She then meets Clete (Arnaud), a wild man that promised to help her but ends up being a little crazy; even by her standards. 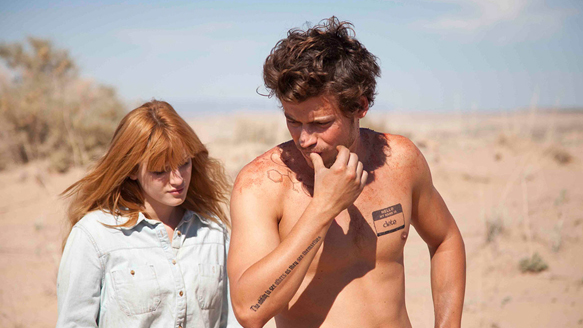 After fighting with Clete and being knocked down, Hazel wakes up in a trailer house owned by a lovely couple who promise to take her to her dying mother, and they do. A shady “helper” stops them in the middle of the road and he takes Hazel to her destination. Not trusting him one hundred percent, the couple follow them and soon discover he is not who he says he is. Will Hazel get to her mother on time or will she fail at rescuing her, thus endangering everyone else? It is a suspenseful ride with a Wild, Wild West duel-like lovers cannot miss!

There is always something engaging in survival movies that true movie-lovers love, and that is the ending. People love knowing what is going to happen to the main character after having surpassed all their problem expectations. Big Sky took a step further in this dilemma by adding agoraphobia into the mix. Trying to survive being killed by crazy people is one thing, but trying to survive it while at the same time being chained to agoraphobia adds even more stress to the situation. Bella Thorne evolved into being a good actress that started out on Disney Channel’s Shake It Up!, to an amazing performer on Big Sky. Kyra Sedgwick’s return to Thrillers made us believe that she should keep making these types of motion pictures and add to her already immense curriculum. Every other actor fulfilled the movie at its best. Grau made sure that things were impeccable and he really delivered in his promise. 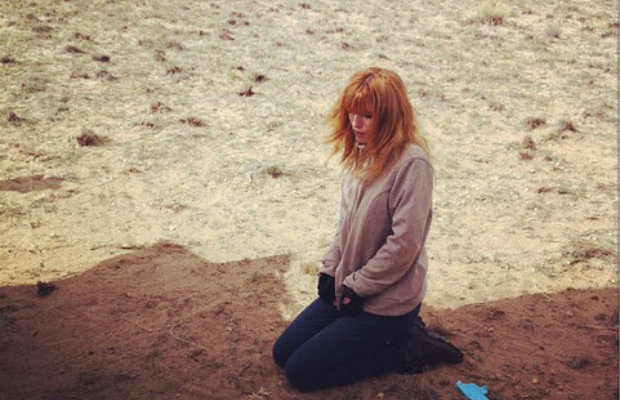 Though Big Sky has some minutes of pure fillers, they were all needed to understand the plot of the story and to tie everything together. Big Sky is one of those films that people come across it by looking into other movies of a similar genre but end up watching it instead because of how the synopsis captivates them. It is definitely considered to be a lucky find because once people watch it, they will be amazed at the good amount of work that was put into it. CrypticRock gives Big Sky 4.5 out of 5 stars. 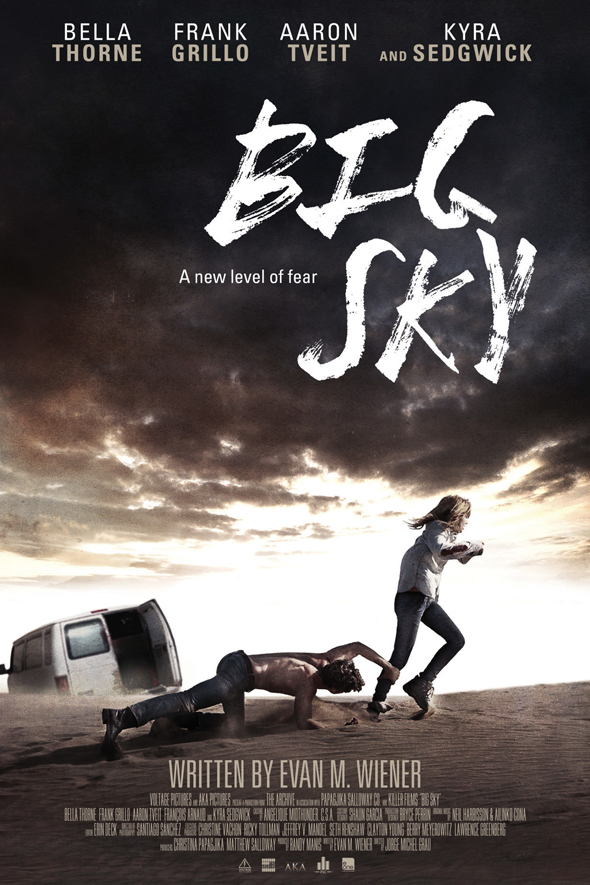