Do not go into the woods! Something wicked this way comes in the new Survivalist Horror/Creature Feature, Bigfoot Country, which was released to VOD and DVD on Tuesday, January 2, 2018, thanks to Sector 5/One Media. 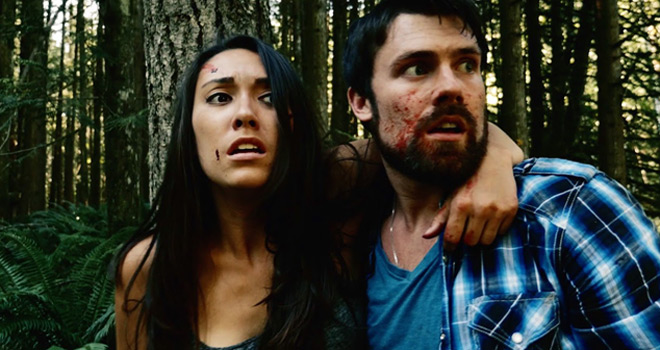 As they begin their vacation, the twentysomethings stop for a bite to eat at the local bar/restaurant, The Tractorgrease Cafe. Here, a kindly and concerned waitress overhears their conversation and forewarns the group that hikers have gone missing in the woods. To further drive this point home, an ominous and bearded local (Darren Andrichuk: Camp Death III: The Final Summer 2018, The Widower 1999) demands that the group stay off the trail.

Of course, they quickly ignore all of this advice, don backpacks, and head into the forest. There is some campfire tales and tomfoolery, but almost immediately Kiera and Bryce both spot something lurking in the thicket. Soon afterward, the hikers stumble onto a gigantic footprint in the mud. With the situation quickly devolving, they will end up spending a night cramped together inside a tent built for two and, after a gunshot in the night, their already tenuous situation will spiral downward ever further.

Clocking in at 80 minutes in-length, Bigfoot Country was directed by Jason Mills (They Came from the Attic 2009, 3 Hours till Dead 2016). The film is, indeed, very much a Survivalist Horror jaunt that blends together the infamous cryptid Sasquatch, along with a group of friends running rampant through the woods. Not unpredictably, the end result here is just kind of meh: a banal, dime-a-dozen Bigfoot flick that sends people into the woods to run around in trembling fear.

This is not entirely the fault of the film’s cast, as they are merely floundering fish in a rather tsunami-like sea. Strickland and Passmore, in their roles as Sean and Kiera, attempt to tread water as best as they can, offering decent performances in their pathetic roles. Walker, as Carly, is given nothing to work with, and, in turn, does a passable job with her role. Potter, as Bryce, is given perhaps the most material, and yet his oft smarmy character feels awkward and forced; like a caricature of a common Horror trope. Viewers walk away with the feel that Potter is just an average Joe, a nice, normal guy trying in vain to embody the perversely humored, hornball that is Bryce.

The actors were, in fact, doomed from the start with this completely cliche script. If you want to scare people, as is generally the case when you create films in the Horror genre, you have to take them outside their comfort zones and into the unknown. If you want to at least hold their attention, you need to craft something that either has not been done before or, at the very least, places a unique perspective on the commonplace. Bigfoot Country fails to do any of this, instead rehashing a story that has been told ad nauseum. 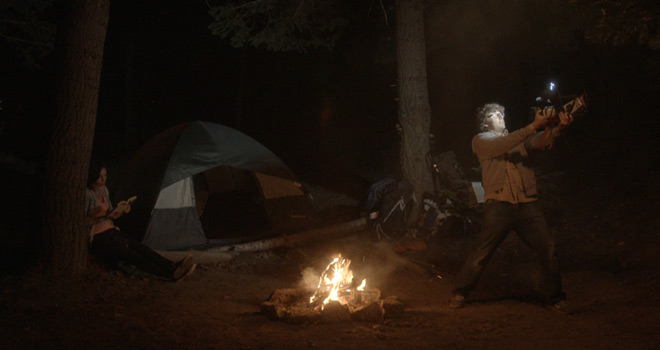 To at least attempt to save this inherently flawed production, a certain attention to detail would have been required that is entirely lacking here. Despite this being a low budget offering, time and care could have been taken with props, costuming, special FX makeup, etc. Instead, we have yet another Bigfoot who resembles a cross between Chewbacca with mange and Planet of the Apes, all in the form of another bad monkey suit.

There is a humorous lead-in to a swimming scene that we never get to see, and when, shortly after, the group discovers the gigantic cryptid footprint, there is one print. Yes, one. So presumably, the darkly horrifying beast is hopping through the forest on one foot. Although, perhaps the best example of this lack of precision comes in the form of Actress Walker running for her life in one scene: she literally tosses her lantern into the air and then fake-trips over a fallen tree branch. A simple mistake, yes, but it never should have made it to the final product!

However, Bigfoot Country is not all bad: its lengthy opening-credit sequence contains some lovely establishing shots of the forest, and there is gorgeous nature throughout. Which is, in fact, also true of many of the Survivalist Horror films currently over-saturating the market. In truth, Bigfoot Country is a kind of comedy of errs that is worth more for its chortles than for its thrills. Flawed from the start and barely trying to overcome its own limitations, Bigfoot Country is a film that asks you to demand very little of your next movie night. For these reasons, CrypticRock give Bigfoot Country 2.5 of 5 stars. 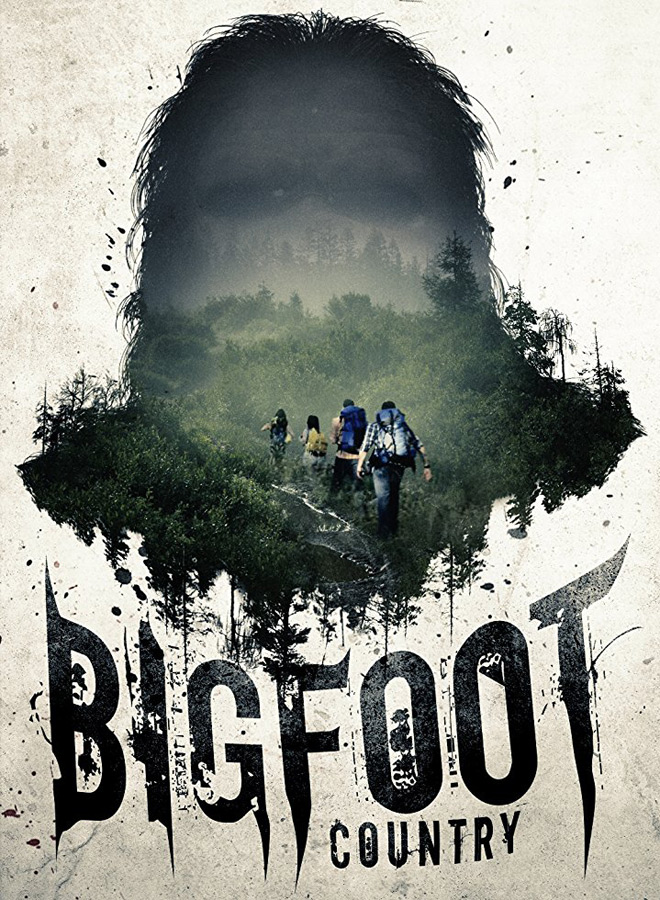