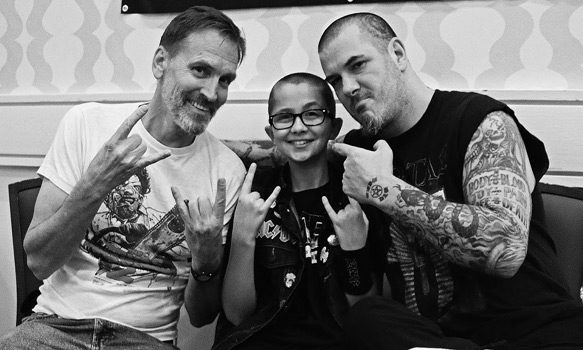 What do you get when you take one of Metal’s greatest frontmen and have him orchestrate the music behind some seriously zany lyrics by one of modern Horror’s great icons? Well, you get Bill & Phil.

Bill is Bill Moseley, the actor behind such infamous roles as “Chop Top” in 1986’s The Texas Chainsaw Massacre 2 and “Otis” in Rob Zombie’s 2003 film House Of 1000 Corpses as well as 2005’s The Devil’s Rejects. Moseley’s acting career spans thirty-five years and over one hundred roles.

Phil is the legendary Phil Anselmo of Pantera and Down. Those needing some more chiding, Anselmo has also been in Superjoint Ritual, Scour, Philip H. Anselmo & The Illegals, Necrophagia, Arson Anthem, Eibon, Viking Crown, etc. Together, the two have joined amusing collaborative forces for the new EP, Songs Of Darkness and Despair.

Coming to a musical device near you, on January 20th, 2017, via Anselmo’s own Housecore Records, the five-track disc was produced and performed by Anselmo and Stephen “The Big Fella” Berrigan (Down, SYK, Philip H. Anselmo & The Illegals, etc.), and mastered by Scott Hull of Visceral Sound. Songs Of Darkness And Despair includes guest appearances by Kevin Bond (Superjoint Ritual) on guitar, Squizzy Squires (King Parrot) on bass and guitar, and Jose “Blue” Gonzalez (Superjoint Ritual, Warbeast, Philip H. Anselmo & The Illegals) on percussion.

While Anselmo is an all too known factor, Moseley is also no stranger to musical endeavors. He previously fronted the project Cornbugs, a three-piece that also featured bizarro, virtuoso Guitarist Buckethead (he of the KFC bucket who was in Guns N’ Roses for a few minutes) and Drummer Pinchface (Deli Creeps, Giant Robot II). Moseley has also contributed vocals to Buckethead’s 1994 album, Giant Robot, along with 1999 album, Monsters and Robots, and was part of a duo with Bassist Rani Sharone (Stolen Babies), Spider Mountain, who released the 2010 album, No Way Down. Here is the twist many did not see coming, Moseley is the vocals behind this project. Yes, that is right: Anselmo does not sing on this EP.

The last song on the EP, but the first to be debuted to fans, “Bad Donut” is a wacky spoken word that compares an unsavory character to that bad donut at the bottom of the box. It is kind of like the Heavy Metal version of Baz Luhrman’s “Everybody’s Free To Wear Sunscreen” – minus the positive, New Agey attitude and with tons of sarcasm and wit.

In fact, the entirety of this collection should be taken lightly. From the thirty second, wacky poem “Widder Woman” (“Knocking up the widder woman, wondering what she’ll have. Will it be a human bein’, will it be a two-head calf?”) to the flavorful, bongo-drum infected “Corpus Crispy,” this is Moseley and Anselmo blowing off some creative steam. The music is heavy, the guitar work on “Dirty Eye” sizzles, and Moseley lets loose some impressively gritty vocals. Perhaps the album’s true Metal grit lies in the largely acoustic “Tonight’s The Night We Die” – a macabre tale of death – and the Black Sabbath-esque “Catastrophic.”

Anselmo notes, “All the songs have a different vibe because I wanted the music to represent Bill’s lyrical vision(s) . . . because Bill does indeed have a unique, visual element within his choice of words and phrasing. I love Bill Moseley and can’t wait to work on the next one!”

To truly appreciate Songs of Darkness and Despair, one must first understand that this is not Pantera 2017, but a collection of often witty, sometimes dark, always fun songs put together by a group of musically-gifted friends. While there is a definite heavy Rock influence to the guitars and the sonics, Moseley’s vocals are more spoken word than soaring theatrics. Whatever the categorization, it all works out into one short, but enjoyable package. For the thrill of something unique presented by two legends of their individual crafts, CrypticRock gives Songs of Darkness and Despair a 4 out of 5 stars. 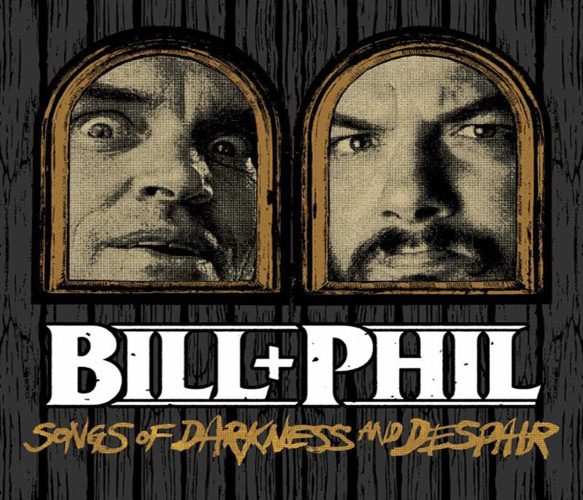