The Birthday Massacre – Under Your Spell (Album Review)

June 5, 2017 The Birthday Massacre – Under Your Spell (Album Review) 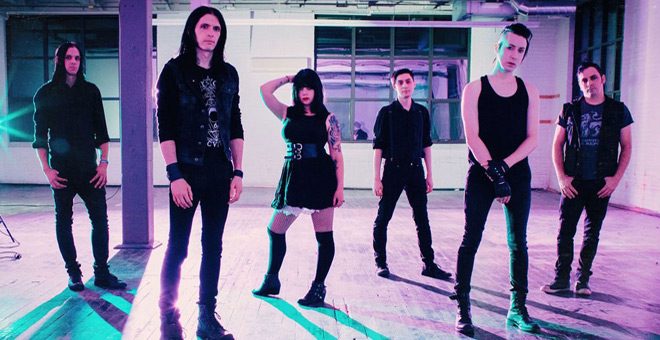 “Strange changes come with age,” yet nothing has ever said love quite like a massacre. So moves the wicked dichotomy of Gothic Rockers The Birthday Massacre, who return this Friday, June 9, 2017 with Under Your Spell on Metropolis Records.

A little band from Ontario, Canada, The Birthday Massacre (TBM for short) formed in 1999 as Imagica – after the Clive Barker novel, Imajica – though by 2002 the band would change their name to the cute/evil paradox of The Birthday Massacre. Combining diverse influences and interests, the group defied categorization from the zero hour with their independently-produced albums Nothing and Nowhere (2002) and the career-catapulting Violet (2004). As the band continued their dedication to online promotion through their unique, multi-language website – accruing a large, loyal fanbase across the globe – Metropolis Records would be forced to take notice and sign the band in 2005.

Third studio release Walking With Strangers arrived in 2007, along with extensive touring throughout their native Canada, the U.S., Mexico, Australia, and Europe. Two-thousand and ten’s Pins And Needles would land the band on the Billboard Top 200 chart, as well as in the Top 10 on Billboard’s Heatseekers chart. Two-thousand and twelve’s Hide and Seek and 2014’s Superstition would cement the fact that The Birthday Massacre are a vibrantly unique gem in a sea of flawed copies. Call them Synthpop, New Wave, Dark Wave, or simply Gothic Rock, but do not miss The Birthday Massacre!

Now, with their seventh, full-length studio album, Under Your Spell, The Birthday Massacre – Chibi (Vocals), Michael Falcore (Guitars), Rainbow (Guitars), Nate Manor (Bass), Owen (Keyboards), and Rhim (Drums) – have enlisted their dedicated fans for help with the making of the album via a PledgeMusic campaign. Produced by guitar duo Rainbow and Michael Falcore, Under Your Spell is an eleven-song collection that is emotionally tumultuous, poetically downcast, and beautifully haunting. Continuing to meld 1980’s Electronica with aggressive guitars and dark, cinematic atmospheres, the band delve into intimate relationships and leave no heart-tugging avenue unexplored.

Under Your Spell kicks off with “One,” full of delightfully ethereal keyboards and the immensely full sound that we have all come to know and love from The Birthday Massacre. “Dying slowly, one is only one,” Chibi sings pure poetry to a sensuous, fat beat that will force your shriveled black, Goth heart to sway. With maturity comes perspective and The Birthday Massacre have gained such on tracks like album namesake, “Under Your Spell,” fraught with an eerily haunting chorus about freeing oneself from the cycle of abuse in a bad relationship.

In fact, many of the album’s tracks discuss poisonous love, from “All of Nothing” – an exquisite track that explores the world of hurt a lover can unleash with their cold, shriveled heart – to one of the album’s heavier moments on “Unkind,” where Chibi explores “the heart of a liar.” Similarly, “Without You” whispers in echoes of U2’s “I’ll Be With You Again,” a beautiful amalgamation of the past and present that wistfully longs for someone who makes hollow promises.

Kicking off with some of the album’s heaviest guitar work, “Counterpane” then switches toward Chibi’s gentle, feminine voice meandering through a discussion of floating through life and the steps we must take to avoid regret. Meanwhile, some of the album’s most poetic lyrics – and this is an album full of prose! – appear in “Games,” an immense, multi-layered explosion about the vicious games we play when love is an all-out war. It moves flawlessly into the game of cat and mouse that is the full-bodied, pulverizing bass stomp of “Hex.” The delicious dichotomies of “No Tomorrow” – where two flawed personalities struggle for a fruitless love – present themselves in delicate, fragile verses that contrast heavily with evil, dark, taunting choruses.

Evil is lovely and depression has never sounded quite so beautiful as when sadness whispers across Chibi’s lips in the aptly-titled “The Lowest Low.” Haunting in its stark beauty, the track contains this truly amazing, poetic line: “When you collapse, all the colors change like a hexagon storm.” As we literate folk already know, nothing gold can stay and The Birthday Massacre are forced to wrap it all up with a silken, black-and-white bow on “Endless,” a tale of the yin and yang of love.

The Birthday Massacre are a band who make music that sounds mesmerizingly macabre, beautifully atmospheric, dangerously explosive, and yet fragile. They are an oxymoron unto themselves who, for the past eighteen years, have created a truly unique sound that is all their own and cannot truly be defined. On Under Your Spell, they are no different from what fans have come to embrace so feverishly: Gothic confessions set to massive cinematics that create an overall dramatically artistic score. With great love for their craft and admiration for their stamina, CrypticRock give The Birthday Massacre’s Under Your Spell 5 of 5 stars. 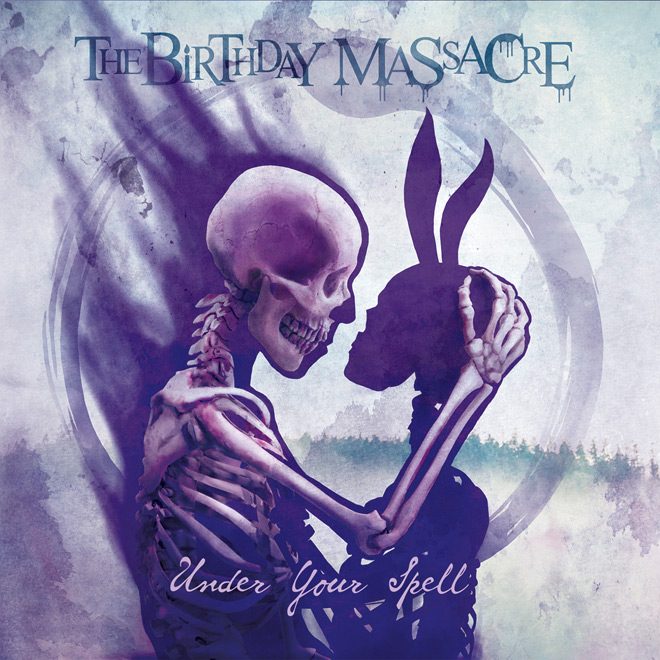 The Birthday Massacre are currently on tour in support of Under Your Spell.  For details and dates, visit TheBirthdayMassacre.com

AFI – Bodies (Album Review) David Duchovny – Gestureland (Album Review)
Like the in-depth, diverse coverage of Cryptic Rock? Help us in support to keep the magazine going strong for years to come with a small donation.