Black Anvil – As Was (Album Review) 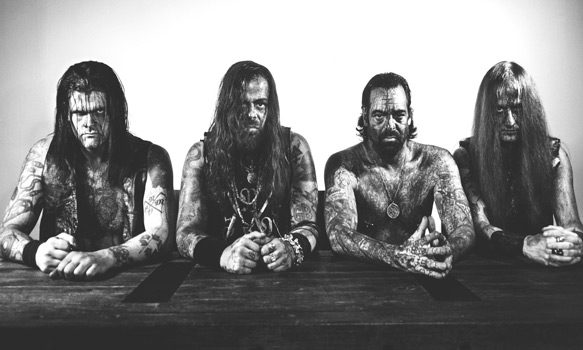 Forming a decade ago in New York City, the Black Thrash Metal band known as Black Anvil has come quite a long way. Making a name for themselves touring and releasing three quality albums, Black Anvil are set to spit out another evil inspired creation entitled As Was on January, Friday the 13th, of 2017. Set for release via Relapse Records, their new album was recorded at Menegroth by Colin Marston (Krallice, Gorguts, Panopticon) with mixing and mastering done by Tore Stjerna at Necromorbus Studio (Tribulation, Funeral Mist, Watain).

A follow-up to 2014’s Hail Death, which was a much heavier and darker approach than typical of Black Anvil’s nature, this latest eight track offering spans around fifty minutes, lending itself to a more artistic approach to Black Metal. A style that can be appreciated, it carries a modern torch into the future of mixed extreme Metal genres while still lying deep in its Black Metal roots. As with most bands changing with the times, so are their members, and in the case of Black Anvil, the newest additions this go-around consist of Guitarists Travis Bacon, who joined in 2016. The rest of the crew features Paul Delaney on bass guitar/vocals, Raeph Glicken on drums/vocals, along with Jeremy Sosville on guitar/vocals, who has been a member since 2012.

On to the music, throughout As Was, there is much fluctuation between the heavy, blackened darkness and the ethereal. That in mind, there is also a definite thought-out intelligent progression that dives deeper and deeper into the artistic experimental ethereal world by the end of the eighth track. While upon first listen it may seem weak as a Black Metal album, it actually strengthens as a whole with each listen since there is more to grasp in all its intricacies. For example, the opening number, “On Forgotten Ways,” is a great delve into the Black Metal madness, it also happens to be the second to longest track on the album. The follow-up to this is found in the longest track called ‘Two Keys: Here’s The Lock,” which is a fluctuating ballad of some really dynamic rhythms mixed with the classic raspy Black Metal vocals as well as ethereal undertones that are known and loved.

Back in tracklist order, the second song, “May Her Wrath Be Just,” features overlaying vocals of the sermon versus the eulogy before the trip to hell. Then there is the ever popular title-track that begins as a very somber tune overlaid with the Black Metal vocals and interrupted with the harmonizing chorus of clean vocals, making for an intriguing, yet somewhat bland tone overall. Nonetheless, it is a pleasant tune that should not be judged on the basis of everything previously known about Black Anvil. That is because it is seemingly a different animal with which, at moments, can be compared to that of Katatonia’s style.

Moving on, “Nothing” proves its worth as a decent Black Metal tune with thrashed out Death Metal undertones, once again, overlaid with the ethereal vocals and guitar parts. This is only to jump back into the thrashy guitar solo land and it is here where listeners will notice that the newly hired gun of Bacon was a worthy addition. Immediately following, “An Elder Learned Anew” could be viewed by some as a lack in progress that fluctuates in comparison to the rest of what this album has to offer. Not to discount it, it is still a legitimate track, but just ceases to amaze in a sea of inspired creatures.

Then there is shortest track on As Was, “The Way Of All Flesh,” which is just over two minutes long and acoustic in nature with no vocals. This basically serves as a somber interlude into what is the most creative out-of-the-box mismatch of elements thrown into one song, enticing listeners. It is almost Doom with Black Metal, with Thrash, tossed on top and then woven in and out between the ethereal dominating vocal harmonies. Concluding it all, “Ultra” is a strong and unexpected finale which exudes two languages sung over each other until each fades away into the abyss.

In general terms, Black Metal has a vast range of content within itself. Some of the more modern styles have adapted the classic sound into their own style/voice in such a way to create elements of surprise that helps enhance the genre into the modern age, and perhaps, into a more mainstream acceptance. On one hand, As Was accomplishes that, and on another hand, it steps away from the original genre so much that true fans may lose interest. The plus side is, if taken for what was intended it to be, it remains a very honest experimental album that can be appreciated in many ways. Without further interrupted playback, CrypticRock gives Black Anvil’s As Was 3.5 out of 5 stars. 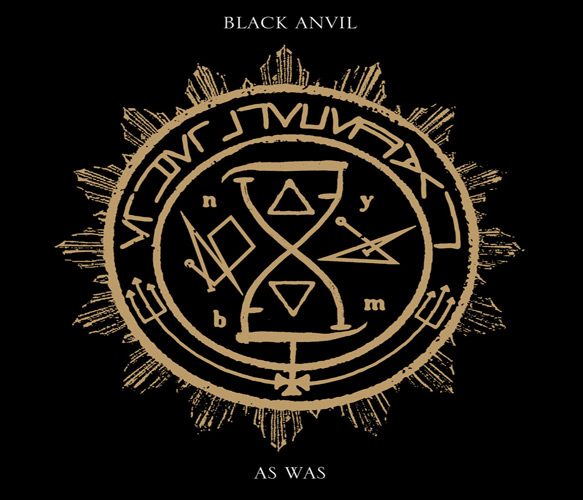