Sometimes the monsters we create are not just stories. Sometimes those monsters are things of legend, and they traipse the floor of the Wisconsin forests near Black Creek. This brand new Supernatural Horror offering arrives to VOD nationwide on Friday, February 16, 2018, thanks to Freestyle Digital Media and Sparrowhawk Pictures. 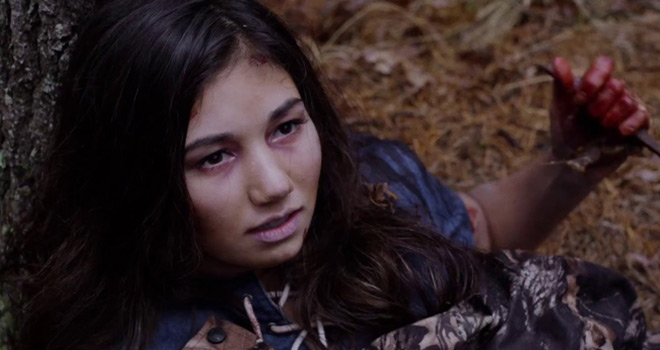 A group of high school friends head out to a cabin in the woods near Black Creek, Wisconsin, the sight of an infamous Native American slaughter and a batch of unsolved murders. The group consists of the quiet but pensive Mike (YouTube sensation Chris O’Flyng in his acting debut), who has been deemed a “freak” in his close-minded school. Then there is the popular, pretty blonde Jenna (Leah Patrick in her acting debut) and her equally fair-haired friend Rachel (Rachel Vedder in her acting debut).

Mike’s buddies Lloyd (Robert Lowe: Primevil series, House of Salem 2016) and British lad Harry (Michael Hill: A Suburban Fairytale 2017, Nightmare on 34th Street 2017), who is worthy of a One Direction audition. Though she was not initially invited on the trip, Mike’s sister Heather (Brianna Shae: Playtest short 2016) decides, at the last possible second, to jump into the pick-up and join the crew.

Initially, this trip was meant for Mike to finish scattering his deceased father’s ashes near the hunting cabin that dad loved. Of course, once the crew all get involved the trip heads toward pot, sex, and liquor, with a healthy helping of rifles, for sport. Unbeknownst to the teens, as they cavort around town, there is a rapidly-growing string of missing persons in the area, as well as an old murder mystery that has yet to be solved. With bloodshed frequently on the locals’ minds, Black Creek is a hot-bed for Native American lore and urban legend. 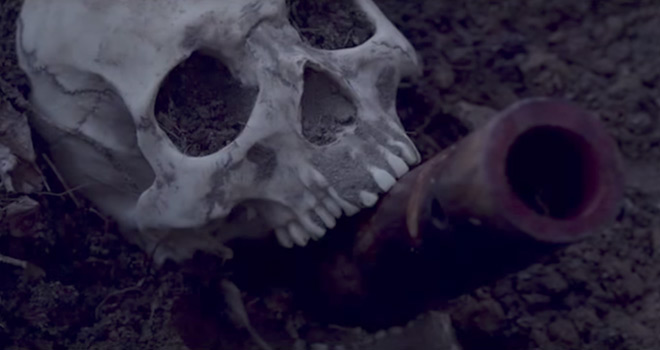 As the bodies continue to pile up and the nexus of these bloody events grows ever-closer to the cabin and the teens, whispers of the Native American legend of the Wisconsin Skinwalker will begin to cross quite a few lips. Clocking in at 80 minutes in-length, Black Creek was written and directed by James Crow (House of Salem 2016, Nightmare on 34th Street 2017). The film also features Pierse Stevens (Pericles by Shakespeare on the Road 2016, Nightmare on 34th Street 2017) and Kaylee Williams (Once, When I Was Dead 2014, The Lashman 2014).

Unfortunately, while Black Creek attempts to create a new Supernatural Horror offering, it instead offers up yet another teens-running-amok at a cabin in the woods spectacle. Furthermore, these teens are tragically young, leaving a gaping hole in the plot that seems to scream, “Does anyone have parents anymore?” If you’re willing to overlook that key dilemma or you’re young enough to embrace it, there are still issues: the script here is hackneyed at best, leaving a cast of largely amateurs to flounder helplessly in the woods. The idea of a curse (Native American or otherwise) that has created a supernatural entity that can jump from body-to-body has been touched upon so many times as to be an eye-roller, while standard possession has also been done ad nauseum. Let us not even get into the cabin in the woods schtick!

That being said, the entire purpose here seems to be to give wings to YouTube star O’Flyng, who is known for his veritable plethora of videos that show a truly insightful, fun and sincere young man. In his first acting role, O’Flyng does his best to portray a teen who is taunted by bullies, emotional with the loss of his father, and still trying to tackle such “simple” teenage dilemmas as girls and romance. 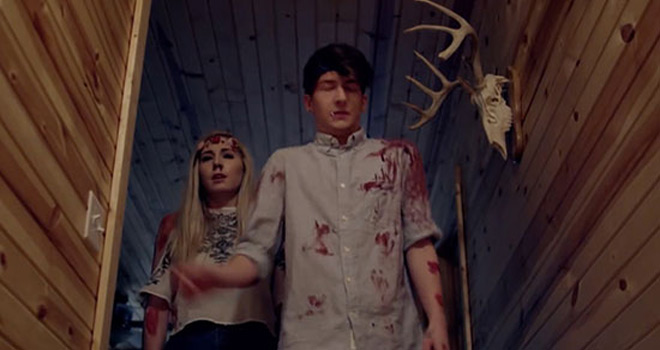 His character is, unfortunately, never fully developed, but O’Flyng is hands-down the star of this shipwreck. He has an on-screen charisma that promises good things for his young future! His castmates, in turn, are a motley blend, with the majority failing to make lasting impressions due to their entirely pathetic characters, though some, such as Patrick and Shae, at least attempt to tread water. Throughout the entirety of her role, poor Vedder, however, looks as though she’d rather be eating Tide Pods.

With one jump-scare and a decent amount of blood, Blood Creek is rather banal when it comes to modern Horror attempts. It takes nearly fifty minutes for the poo to hit those swinging fan-blades and, by that point, viewer’s have long since checked out on this blasé production. In fact, it only gets worse when the possessions pile-up and the cheesy sound effects enter stage left. Which, in truth, makes Blood Creek sound much, much worse than it actually is: it is a watchable little offering, but do not expect any ecstatic blips on your Horror radar. For these reasons, CrypticRock give Black Creek 2.5 of 5 stars. 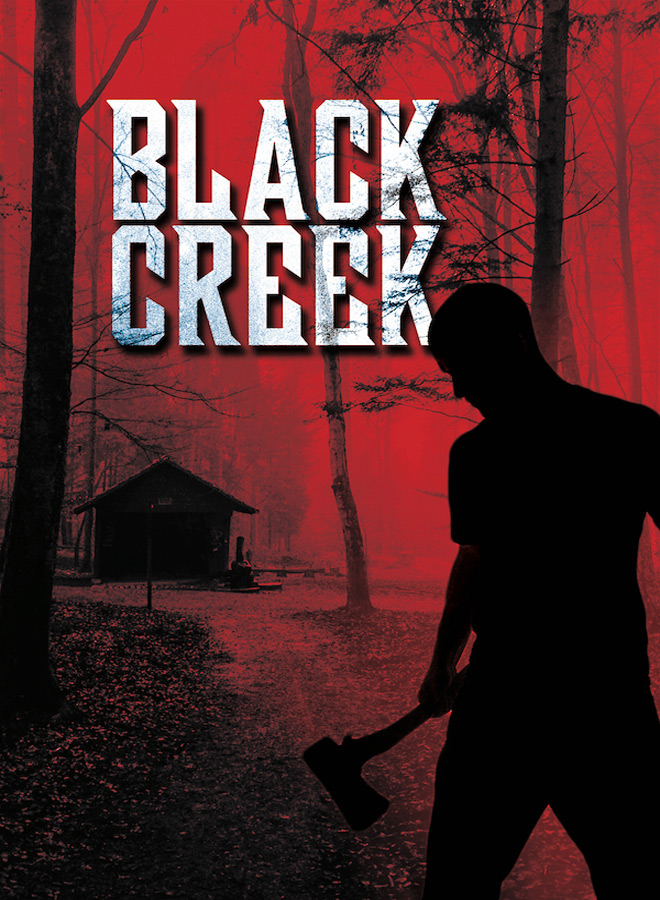