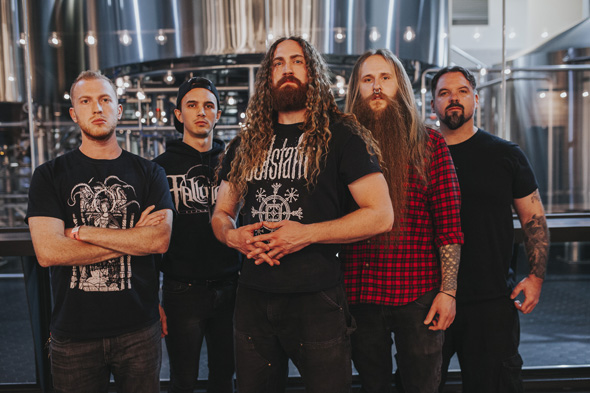 Forming in 2012, Pennsylvanian band Black Crown Initiate built a reputation following their publishing of demos on Soundcloud. Tracks that would make up their self-released 2013 debut EP, Song of the Cripped Bull, it was quickly met with positive reviews with many media and Metal blogs, thus being a stepping stone for the band’s record deal with eOne Music. Mixing progressive Death Metal with different musical styles, they caught the attention of fans, reminding many of bands such as Gojira, Mastodon, and Opeth with their full-length 2014 album, The Wreckage of Stars. In fact, the album debuted at #18 on US Billboard Heatseekers chart.

Continuing to grow, they have toured with everyone from Fleshgod Apocalypse and Septicflesh, to Napalm Death and Born of Osiris. Now in 2016, Andy Thomas (guitar and vocals), James Dorton (vocals), Nick Shaw (bass), Jesse Beahler (drums), and newest member, Wes Hauch (guitar), return with their second album, Selves We Cannot Forgive. Announced back in February, like their previous records, it has been produced by Carson Slovak, hitting the public as of July 22nd. So will the band live up to exceptions, or fall to the dreaded sophomore jinx?

Presenting their case, the album jolts ahead on an incredibly strong note with “For Red Clouds,” which is pretty heavy and offers a more technical approach to their music. Although, the best is yet to come as “Sorrowpsalm” introduces a quiet atmospheric opening with a smooth electronic sound before continuing with heavy guitars. Thereafter, the mood changes a bit with the next and most groovy song of the album, “Again.” Remaining a bit repetitive with a recurring guitar riff, it projects the most positive theme where in some areas the bridge features only instrumentals with a Jazz base, highlighted by bass melody, as well as a solo guitar, giving listeners a chance to enjoy the melody. Then there are a few elements in that sound vaguely similar to Mastodon, but Black Crown Initiate confirms their own identity. Setting back to a Progressive tone with a haunting and quiet medley is “Belie The Machine.” Lifting off with captivating guitar work, the combination of different textures create chills that are only offset by the changes of rhythm, guitar riffs, and epic chorus.

Keeping the energy high, “Selves We Cannot Forgive” is another track that embraces Black Crown Initiate’s signature style. Dominated by clear vocals, delivering a triumphant emotion, the chorus is catchy and melodic at the same time. This is followed by an exciting guitar solo midway through, complemented by a heavy sound and great breakdown to end it all. Acoustically, entering with an older, classic tone, “Transmit To Disconnect” represents the heaviest of all the tracks on Selves We Cannot Forgive. Incorporating more screams and guttural vocals, there is an innovative, catchy, quiet guitar riff that holds an enlightened momentum before the aggression returns.

Not losing any potency through its playtime, the album concludes in grand fashion with “Vicious Lives.” Opening with a mellow and comforting tone, listeners can easily enjoy the tranquil sensations that captivate the senses, marking it as one of the stronger compositions of the album. Clean singing is melodically chanted through, beside a melodic bass riff. Then suddenly, peace is broken with an intrusive cry of pain during the final several minutes before closing up without warning.

Selves We Cannot Forgive continues to showcase how Black Crown Initiate unites different musical styles. There is nothing new in itself, but the combination is extremely effective and striking. With that said, the atmosphere is not crowded, it is delicately performed in a way that each instrument gets to showcase itself in its given time. Each song is superbly constructed and have a targeted flow. The truth of the matter is, Black Crown Initiate’s sound remains unique, and after four years of existence, the five member band has become a Metal prodigal. So much for the sophomore jinx for this promising band. CrypticRock gives Selves We Cannot Forgive 4.5 out of 5 stars. 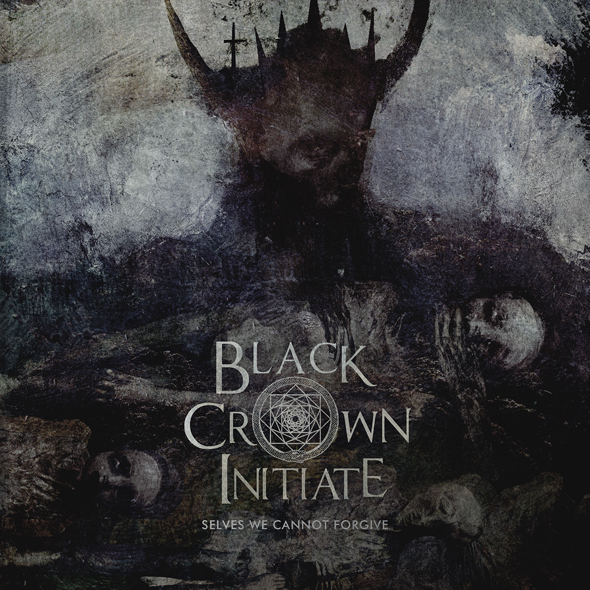