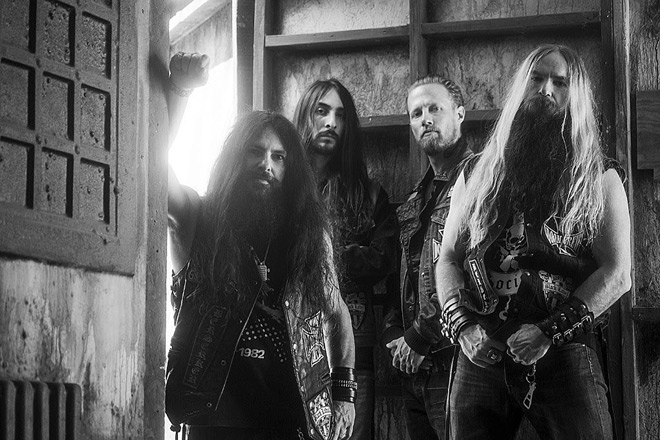 Those who dig instantly gratifying, guitar-laden Rock (and, honestly, who doesn’t?), look no further than Black Label Society’s latest effort, Grimmest Hits. To avoid any confusion, this is not a best of collection as the album title may imply. No, instead it is 12 new tracks that combine into one unstoppable convoy of copious riffs, Metal, and Blues-imbibed Rock.

Dropping on Friday, January 19, 2018 thanks to eOne Music, Grimmest Hits follows-up 2014’s Catacombs of the Black Vatican and marks the band’s tenth overall studio album. While Vocalist/Leading Axeman Zakk Wylde has been busy with solo albums, Zakk Sabbath runs, and a handful of dates with Ozzy Osbourne, reuniting with Prince of Darkness after an eight-year break, Black Label Society is seemingly stronger than ever.

Often abbreviated to BLS, the beloved Rock veterans continue its formula of honesty tinged with brutality in each musical note. It is evident on opener “Trampled Down Below,” as Wylde’s signature vocals and meaty licks command after John DeServio’s bass sets the pace. This is while Dario Lorina’s guitar complements the churning and trudging number, as Jeff Fabb crushes on the sticks.

Then there is “Seasons of Falter,” which follows suit in measured mood and tempo, before giving way to the heavy Blues-infused intro of “The Betrayal.” Midway through, however, a mighty guitar solo emerges, as if summoning the spirits of forgotten late-’80s guitar gods.

Meanwhile, hints of Sabbath-esque style radiate on “All That Once Shined” and “Disbelief,” but “Room of Nightmares,” situated between them, is pure BLS to the core. A veritable anthem for BLS vets, “Room of Nightmares” goes zero to sixty the second the song opens, and showcases every righteous ingredient that makes up BLS.

Opposite on the speed-spectrum is the Southern Blues Rock ballad “The Day That Heaven Had Gone Away.” With a swaying tempo and Wylde’s almost-aching vocals, the song is a solid reprieve, but one that still kicks ass and is not out of place. Furthermore, “Illusions of Peace” brings a nostalgic musing inspired by the latter to a halt, as fierce riffs, thunderous beats and rumbling bass hit you in the face.

A solid new record, even though BLS have endured a few lineup changes since forming in 1998, Wylde and DeServio have been the band’s constant anchors. While members of Metallica, Alice In Chains, Megadeth, and other revered Metal acts have joined the band throughout the years, the current lineup has them at the top of their game with their latest studio effort.

Creating even more of a buzz among fans, as the release date for Grimmest Hits approaches, BLS are amidst a North American tour. Teaming up with Corrosion of Conformity, Eyehategod (12/29 – 1/20; 2/11 – 2/27), and Red Fang (1/26 – 2/9) the tour crisscrosses the USA and Canada, with stops including Houston, New York City, Myrtle Beach, Seattle, and Las Vegas, before wrapping up in Los Angeles on February 27th.

Grimmest Hits showcases Black Label Society’s ability to deliver fresh and tempting material without deserting its proven recipe for success. After nearly four years, the band’s latest course is sure to satisfy storied-fans’ appetites and entice newcomers alike. For these reasons, CrypticRock gives Grimmest Hits 4 out of 5 stars. 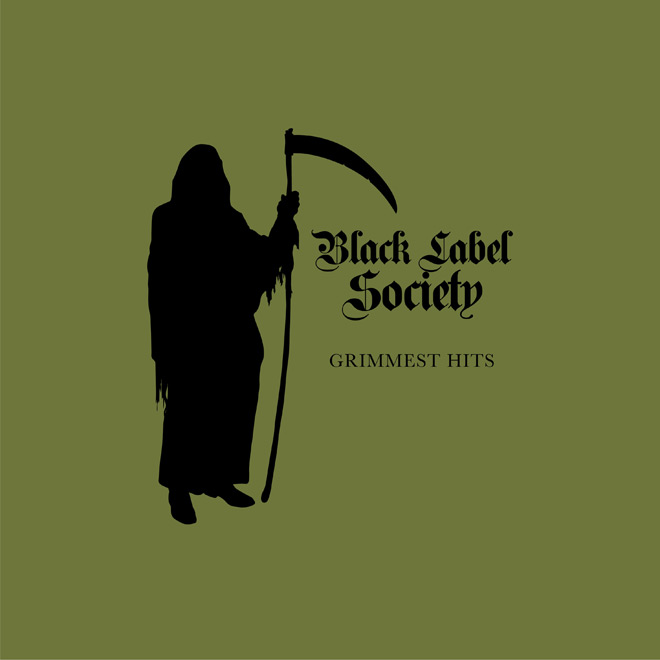