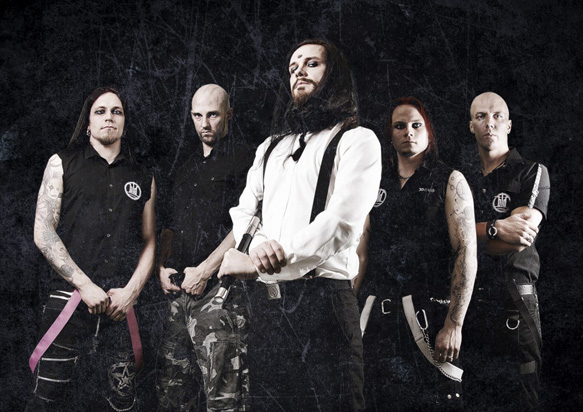 In 2005, near Helsinki Finland, an Industrial Metal band by the name Black Light Discipline came together.  Consisting of Toni Valha (vocals), Janne Kankkunen (synthesizers), Joonas Pulkkinen (guitar), Iiro Saarinen (bass), and Veikka Jokela drums, Black Light Discipline’s style moves in a circle of Electro and Dance sounds mixed with heavy guitars and drums.  Following their HUMANOGRAPHY EP, they released their debut full-length album Empire in 2008, and follow-up Against Each Other in 2012.  Touring around Europe and building a name for themselves with an excellent live show, the band continue their growth, releasing their third album Death By A Thousand Cuts in March of 2014 via Raw Entertainment.  Giving listeners unfamiliar Black Light Discipline a face, imagine a mix of Pop-like Dope Stars Inc. songs with melancholic Finn-Goth-Rock vocals.  In part, singer Valha sounds very similar to ex-Sentenced frontman Ville Laihiala, which helps to make the songs sound a bit more rough, while the drums sound is a bit more processed making for a more Industrial than Rock sound.  Calling the sound of Death By A Thousand Cuts Industrial is simply not just, and the material is a bit difficult to categorize upon first listen, but who needs labels anyway.

Tracks like opener “Look At Me Now” followed by “Under The Knife” and “Freaked“ mill immediately into the ear-canal with their strong hook-lines. Each song is carried by omnipresent electronic dance synths and loops, which are integrated very smartly into the song-structures. Actually, this recipe runs like a common thread through the entire album, which could risk Black Light Discipline at creating songs too alike, but the compositions are strong enough to stand alone.   There are plenty of dark melodic twists laced throughout each song and Valha’s passionate delivery over the music add an emotion most commonly lost with bands possessing a sound similar to Black Light Discipline.  Offering up something different with a synth sound that resonates, “The Time is Now” features a very memorable chorus and haunting vocals that go from sorrowful to bellowing screams.  This is directly prior to the album closing “Syviin Vesiin” which is a thick wall of heavy guitars and deep vocals sung in the band’s native Finnish language. 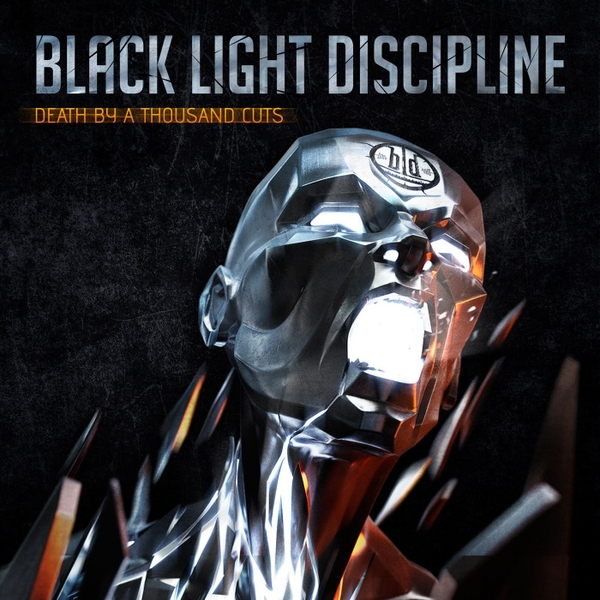