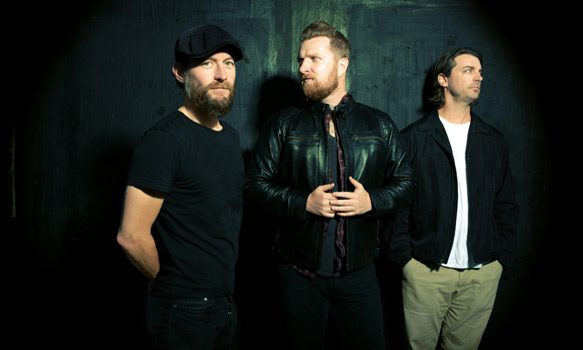 Mashing together various styles of music takes some serious skill, and the band calling themselves Black Map seem to have what it takes. Hailing from San Francisco, California, Black Map came to be when Experimental Rock band dredg went on hiatus back in 2014 and Guitarist Mark Engles was looking for a new creative outlet, joining up with Far Drummer Chris Robyn and The Trophy Fire Vocalist/Bassist Ben Flanagan.

Together, the trio united their experience as well as powerhouse skills and released their Driver EP in 2014, quickly followed by their debut, full-length album, …And We Explode. An album that won them the Independent Music Award For Best Album Rock/Hard Rock in 2015, Black Map soon signed on with eOne Entertainment, hit the road in support of Chevelle in 2016, and now look to return with their highly anticipated sophomore album in 2017. Their first album a part of eOne Entertainment, In Droves is set for release on March 10th, offering fifteen explosive tracks produced by Aaron Hellam.

Giving listeners plenty of bang for their buck, In Droves kicks off with a dreamy build up and scratchy guitar on “Transit I.” A prelude of what is to come, the single “Run Rabbit Run” comes next as a easy sing along with a growing energy. Taking a near melancholy turn, “Foxglove” takes the spotlight next with a dark seedy vibe. Gentle vocals and haunting effects really push the mood to the max before they ramp things up for “Ruin.” Another single released back in January, it crashes in with a Punk-style intro before snapping drum sticks give way to a faster, swaying energy.

Abruptly switching gears, “Heavy Waves” is nostalgic and laid-back while the ominous feel of “Dead Ringer” tells a story of losing one’s self and a disconnect from the world around. Seamlessly moving along, “Octavia” has a heavier, harder feel once the intro gives way to the revving guitars. Like a dire busy tone of a phone off of the cradle, “Transit II” is a shadowy lead into Black Map’s latest single, “No Color.” Keeping up with the heavier vibes, the track is followed by the heart-breakingly lonely “Indoor Kid,” which displays passion as well as a sense of defiance.

Twisting and turning the mixed emotions, with sharp echoes, “White Fence” comes in next before turning the energy back up a notch with pondering notes and rough instrumentation on “Just My Luck.” Next, “Cash For The Fears” is another swaying cut backed with intricate vocals of Flanagan and deep lyrics, pushing a darker train of thought. Then, finding peace and tranquility, the gentle “Transit III” features warped vocals evoking a feeling of hope amidst darkness. Rounding it all out with rapid speed and dangerous emotions, “Coma Phase” presents a tormented consciousness vibe, all while Flanagan’s vocals still provide a sense of comfort through it all.

An unprecedented lengthy album, Black Map gives listeners a collection of songs packed with an array of sounds and feelings. Ambient, passionate, and hooking the audience in with a clear atmosphere, In Droves is heavy-hitting from beginning to end. While individual tracks are perfect for serving as a soundtrack during daily activities, the mood varies beautifully throughout the rollercoaster ride and demand undivided attention.

Taking with them flairs of what they did in their respective other bands, Black Map create a sound all their own while still touching on a variety of styles with precise detail. Those who enjoy the darker side of ambient, heavy Rock need to check out Black Map and In Droves now. For these reasons, CrypticRock gives their impressive second album 5 out of 5 stars. 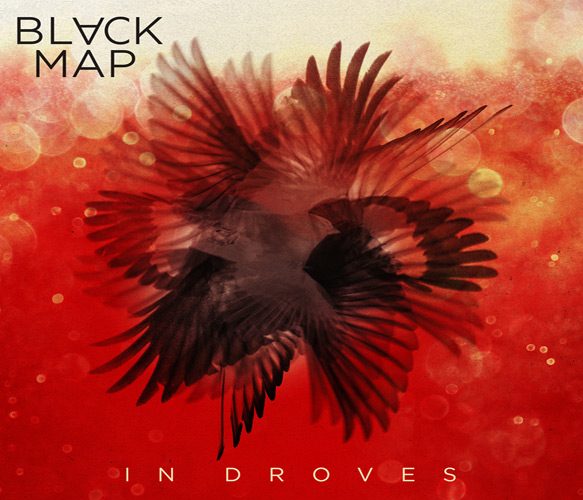