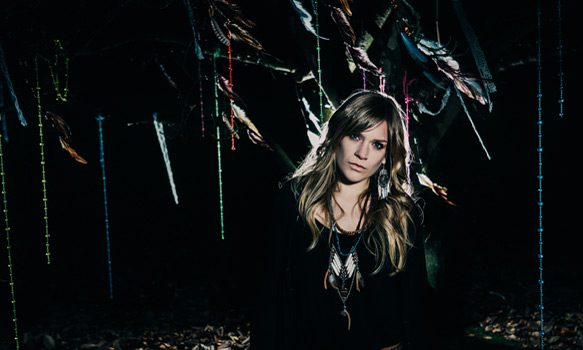 Belgium is best known for its chocolate, waffles, beer, and baked goods. Oh, and Brussels sprouts. None of these things are particularly Rock-n-Roll, are they? Thankfully, Black Mirrors are about to change all listener’s preconceived notions, placing Belgium and Brussels back on the map, musically speaking. Brace for impact, Black Mirrors’ debut EP, Funky Queen, arrives Friday, March 3, 2017 via Napalm Records.

A brand-spanking-new Alternative/Garage Rock group out of Belgium, Black Mirrors are ready to make waves. Vocalist Marcella Di Troia, Guitarist Pierre Lateur, Bassist Gino Caponi, and Drummer Edouard Cabuy are a quartet of musical friends from Brussels who came together to rock in late 2013.

A talented assemble, they list their collective musical influences as ranging far-afield, from classic rockers Janis Joplin, Led Zeppelin, and Jimi Hendrix to Jack White and Queens Of The Stone Age. Currently on tour in Europe, their style/sound is bound to break through to markets internationally.

From title track “Funky Queen,” a straight-up, funky, female-fronted Alternative Rocker the likes of Janis Joplin fronting Queens of the Stone Age, to the bass-heavy grooves of “Kick Out the Jam,” this band should not be overlooked. Di Troia’s feminine lilts and inflections provide the perfect emphasis on “The Mess,” while “Canard Vengeur Masqué,” which just might translate to “Masked Vengeance Duck,” is an equally solid and impressive offering, despite its wacky title.

Those who like bass with music, funky riffs, delectable grooves, and underproduced, raw emotional Rock that harkens back to a darker day, do look into that mirror soon. You know, the Black Mirror! Black Mirrors’ Funky Queen EP is a delicious, lascivious whetting of the musical palate. For these reasons, CrypticRock demands more and gives this EP 5 out of 5 stars. 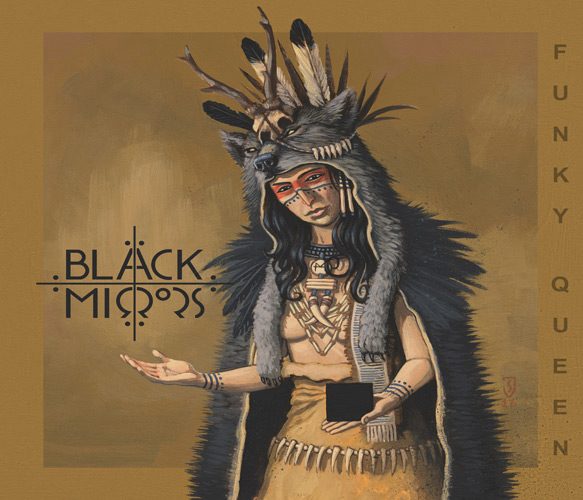