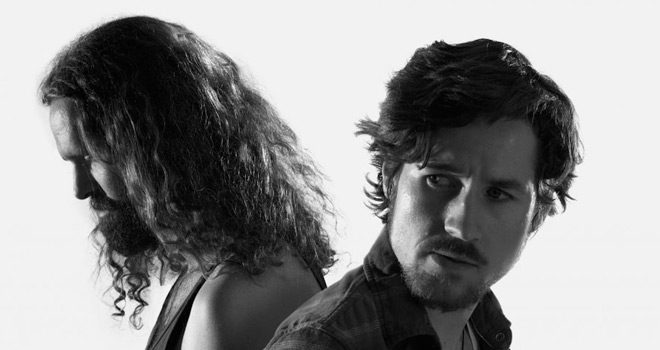 Canadian garage rockers Guitarist/Vocalist Kevin McKeown and Drummer Eric Owen have been friends since kindergarten and have played together in various bands since 2001. Their current effort, Black Pistol Fire, came about after they relocated to Austin, Texas back in 2009. Since that time, Black Pistol Fire has released four studio albums, receiving praise from critics for their creativity and sonic excellence. Now, just a year after Don’t Wake The Riot, Black Pistol Fire are back with their new album, Deadbeat Graffiti, through Rifle Bird Music on Friday, September 29th.

So for those still in the fog about who Black Pistol Fire are, the band’s performances at festivals from 2015’s Lollapalooza and SXSW have received rave reviews. Furthermore, 303 Magazine called their 2016 performance in Denver “hands-down the most talented group to perform at Westword Music showcase this year.”

When asked their reason for performing as a duo rather than a power trio or some other configuration, McKeown relates the story of when they relocated to Austin from Toronto in 2009 and left their bassist behind: “When you know somebody for so long, you’re going to develop great chemistry. We know where to start, where to finish, and how our minds work. I think having two people in a band is much better because there are little fights and you’re both on the same page.” He adds, rather cheekily, “We won’t ever hire another one.”

Helping make the image a little more focused for listeners, the most frequent band that Black Pistol Fire have been compared to is The White Stripes. Owen grouses somewhat at the comparison, “there are tons of two-piece bands.” Owen is right, of course, however the comparison between Black Pistol Fire and The White Stripes is apt and an absolute compliment. McKeown is more open to acknowledge the Stripes’ and The Black Keys’ influence on the band: “White Stripes almost seemed like they were from a different planet, it was like, ‘Oh my god, this is amazing. I don’t know how this works, but it works.’ The sound is great. Then, when the Black Keys came along, it showed a lot of people, ‘I can do this too. This is great, but we can do this too,’” he says. Continuing on, “I think both bands were very inspiring for a lot of people to say, ‘All we need is guitar, drums and bash away and we can make some cool sounds.’ But that opened the floodgates.”

According to the band, Deadbeat Graffiti is a “representation of our listening habits. It has a roller coaster effect, with many different tempos and influences ranging from Garage-Punk, to Hip-Hop, Soul and everything else that we listen to.” That in mind, it kicks off with the single “Lost Cause,” a hard-hitting “lovestruck anthem” that hearkens back to the jangly Garage Rock of Yeah Yeah Yeahs and The Hives. The staccato rhythm of the guitar that McKeown refers to as “chicken pickin’” is so engaging that one could be forgiven for forgetting that there is no bass. Then there is “Bully,” a melodic, Blues-tinged heartbreaker about lost love.

The most clearly Raconteur-era Jack White influenced track on the album, “Last Ride” opens with a Spanish guitar flair that turns a bit funky. Thereafter, “Fever Breaks” channels the highway Rock that is the best of The Strokes at the height of their power. It is a brilliant track that builds from a soft intro into a dreamy ballad about love and rejection. Moving on, Mckeown shows off his vocal chops in “Blue Dream,” a plea to a long-lost lover. This is before “Watch it Burn,” a bluesy ballad that would not be out of place on a Kings of Leon record. Lastly, the album ends strong with “Yet Again,” another Blues guitar infused song.

Black Pistol Fire are supporting the release of Deadbeat Graffiti with a US tour that kicks off in Austin on September 29th and concludes in Nashville on December 8th. This in mind, Deadbeat Graffiti is an above-average album with several standout tracks that make it well-worth listening to as they continue to rise in the rankings. For that, CrypticRock give the album 3.5 out of 5 stars. 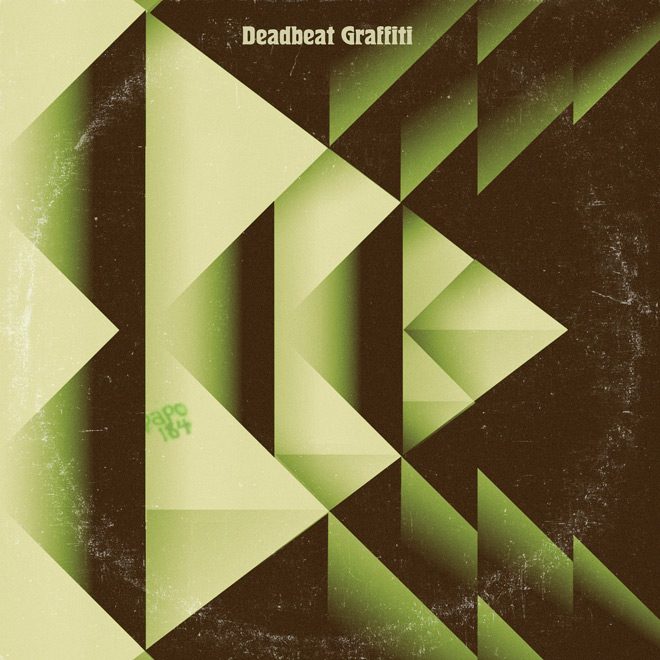