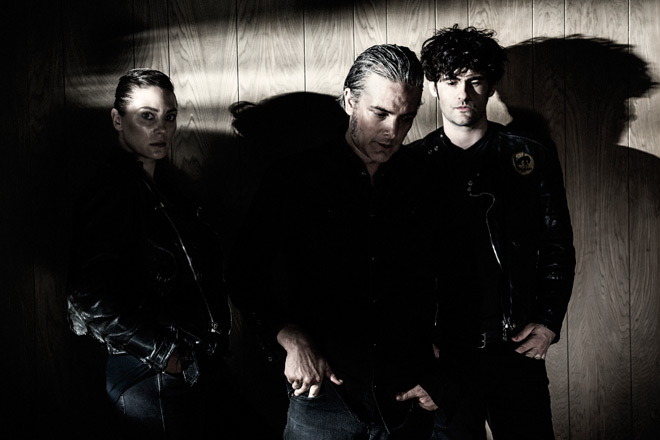 San Francisco California’s alt-rockers Black Rebel Motorcycle Club (BRMC) have built a 20-year career on anthemic dirges with dark lyrics and hard-driving guitars. Coming together in 1998 and released their debut album B.R.M.C. in 2001, the first few BRMC albums were signature Post-Grunge, Post-Punk, Garage Rock, but as the band have progressed they have explored deeper and more ethereal compositions. As a result, their sound has evolved, and they have developed a musical signature that, while nodding to some other artists, is uniquely their own.

A Power Trio since their inception, BRMC’s current lineup consists of founding members Guitarist/Vocalist/Harmonicist Peter Hayes and Bassist/Vocalist/Guitarist Robert Levon Been, along with Leah Shapiro, who joined the band in 2008, behind the drum kit.

Ready to make some noise yet again, their latest album, Wrong Creatures, is due January 12th, 2018 thanks to BMG/Vagrant Records. Their eighth overall album, Wrong Creatures comes five years after 2013’s Specter at the Feast, which dedicated to the memory of Been’s father Michael, the leader of early New Wave band The Call, who died unexpectedly in 2010. As a result, Wrong Creatures is a bit more upbeat, but will never be accused of being a festival of sunshine and rainbows.

Consisting of 12 new songs, with production from Nick Launay (Nick Cave, Arcade Fire), BRMC waste no time to set the mood with “DFF,” an instrumental track with wispy keyboards over a subtle rhythm section. Rather than considering one or the other the front man, Been and Hayes share lead vocal duties, and when they sing in harmony, they complement each other perfectly. The second track, “Spook,” exemplifies this point/counterpoint approach perfectly.

By the third track, “King of Bones,” BRMC have hit their stride. The track betrays a major influence of the band, and could easily have been a song found on Damage and Joy, The Jesus and Mary Chain’s triumphal 2017 return. This is not to say that BRMC is derivative, but the influence is very apparent, and it is a fitting tribute.

Another fine song on the album is “Echo,” which features the keyboard prominently, with another subtle guitar track, and the most heartfelt lyrics on the album. There is a shade of Coldplay at work on “Echo,” however, as with “King of Bones,” their take is original and not derivative.

Highlights from the second half of the album include “Calling Them All Away,” which is a great example of ethereal Rock-n-Roll; like a wonderful dream that one hopes to never wake up from, and “Little Thing Gone Wild,” a breathless, almost Industrial track with a riotous guitar track. Bringing it all to a conclusion is “Carried From The Start, a spaced-out, hard rocking dream, and “All Rise” which is almost piano ballad at first, that descends into a cacophony of strings and captures the chaos and ambiguity of love nearly perfectly.

Black Rebel Motorcycle Club have evolved over the years from a Garage Rock sound to something more sophisticated and evocative than most trios can manage. Wrong Creatures distills that complexity into twelve compelling tracks that are all easily listenable, if not easily comprehended. It is safe to say, 20 years into their musical journey, the band has reached the pinnacle of their genre. For this, CrypticRock give Wrong Creatures 4.5 of 5 stars. 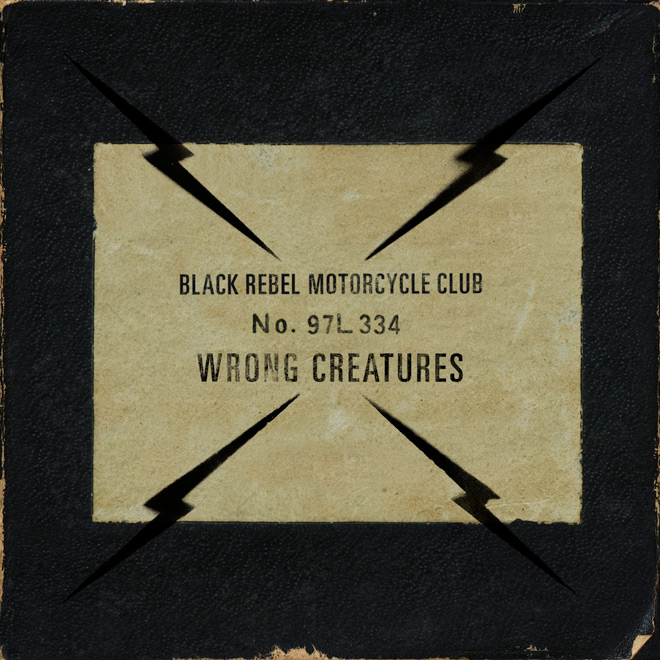