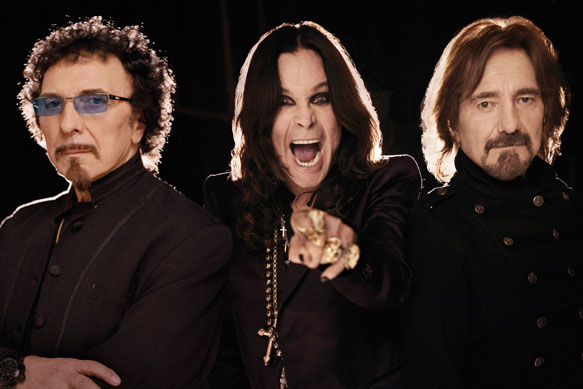 It has been 35 years in the making but the time has finally arrived for Black Sabbath to reunite and make a new album. Remaining active over the years, splitting the last decade performing live with Ozzy Osbourne and Ronnie James Dio on vocals, Black Sabbath have kept fans engaged the entire time.

The 4 years span in which the band went under the alias Heaven & Hell with Dio on vocals was truly magically to fans of mid-era Sabbath. Dio’s tragic passing a few years ago seems to resonate strongly in the hearts of fans worldwide. It’s difficult to believe that 1978’s Never Say Die! was the last studio album recorded with Osbourne on vocals.

In the words of Osbourne from the opening track on 13, “End of the Beginning”; “Rewind the future to the past”.  Released on June 10, 2013 via Vertigo and Republic Records, 13 promises fans and a new generation of listeners to go back to the roots of what made Black Sabbath who they are today.

With three-quarters of the recordings in Tony Iommi, Geezer Butler, Ozzy Osbourne and the recruit of drummer Brad Wilk (Rage Against the Machine); Black Sabbath are ready to bring back the doomy spectacular sound that has helped give birth to heavy metal. Bringing well renowned producer Rick Rubin into the mix only raises the excitement of the fans, hoping for an album to blow their minds.

The album opens up with the doom undertone of “End of the Beginning” and “God is Dead?”. The legendary musicians Iommi and Butler show how amazing they really are while Osbourne revealed his unique voice, reminding us once again he is the prince of darkness. These heavy riff opening tracks bring you back to the days of “Paranoid”. Tracks like “Zeitgeist” stand strong having a similar essence as “Planet Caravan”. The one aspect of 13 you notice upon listening is not all the songs sound in common association with Black Sabbath. Songs such as “Age of Reason” and “Damaged Soul” display more of a blues rock feel which are reminiscent of the roots which made them a band starting out in 1969 with tracks like “The Rebel”.

While 13 has some great tunes that will bring you back to the old Sabbath days, it is not without flaws. There are times where the lyrics are slightly lacking, not to say that the lyrics destroy the whole album, but it is difficult to avoid hearing with Osbourne’s prominent voice. One of the drawbacks of 13 is that in the heart of fans Wilk could never seem to fill the shoes of the original drummer Bill Ward. While Wilk did an amazing job on tracks like “Death Father”, giving the album a more of a modern feel, on other tracks you can feel as if his styling is out of place while not being from the same genre or generation as Sabbath. To the newer generation of fans this maybe an interest point, but to die-hard fans this may come as a turn off.  Another drawback is, despite having such a seasoned producer in Rubin as part of the production, the sound is highly compromised and mastered extremely loud. This leaves little room for dynamics in peaks and valleys in the music which is something modern rock and metal music lacks immensely.

Overall, 13 is a well-rounded comeback album from Black Sabbath as a whole piece of work. To some it will never compare to their previous classic masterpieces that the band composed decades ago. Regardless fans should relish in the fact that there is an opportunity to see Osbourne record with the band he started with. The album ends with the same bells that are heard at the start of the 1970’s debut self-titled album Black Sabbath. This is an interesting ending and leave you pondering if this will be the last we hear from Black Sabbath. One can only hope this is not the case because 13 does prove these musicians still have more material left to offer a hungry audience. CrypticRock gives this album 3.5 out of 5 stars. 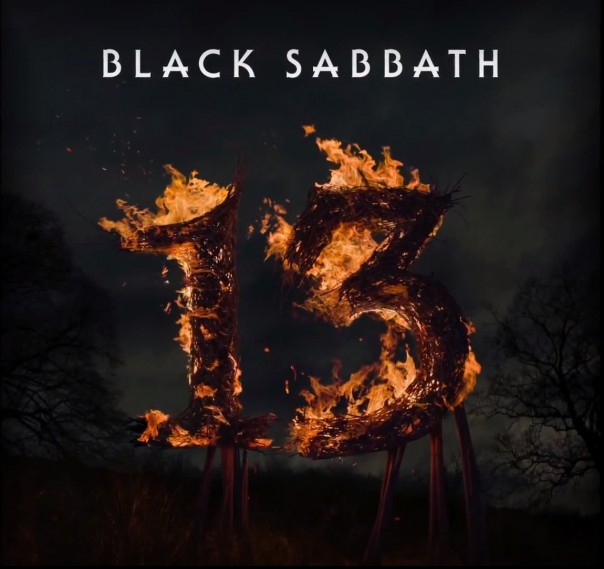