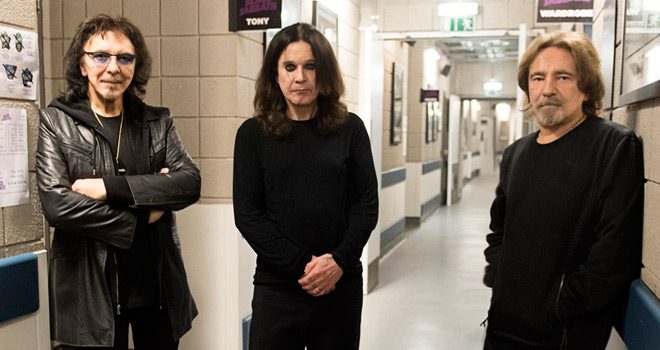 Almost instantly, the band rebranded themselves as Black Sabbath, ditched playing the Blues, and started writing lyrics inspired by Horror and the occult. Iommi would soon tune down his guitar revealing a heavier, dark and massively distorted sound to fit the band’s new theme. Unbeknownst to Black Sabbath, they were about to change the course of music history as this evil new sound – unheard of – would become known as Heavy Metal.

Shortly thereafter, Black Sabbath would record their debut album – simply titled Black Sabbath. The album was recorded in less than one day for mere pennies and  – amidst disdain from critics and parents alike – was a smash among the young music fans who were sick and tired of all the 1960’s flower power and craved something real. Needless to say, all this buzz skyrocketed Black Sabbath to the top of the charts.

The 1970’s became a wild ride for Black Sabbath as they exploded into a Rock juggernaut. Hit albums like 1970’s Paranoid generated some of the greatest Sabbath material including two of the most highly-regarded Rock songs of all-time – “Paranoid” and “Iron Man.” By the late 1970’s, Black Sabbath continued to spawn hit albums and their world tours were stuff of legend.

Sadly in 1979, Black Sabbath parted ways with Ozzy Osbourne and amidst a number of line-up changes, Sabbath continued to create new music well into the mid-1990’s. As Metal took over the world, top acts like Metallica, Anthrax, and Slayer gave high praise to Black Sabbath as one of their biggest influences.

Then, the inaugural Ozzfest in 1996 sparked a new era in Sabbath’s history as Ozzy, Tony, and Geezer reunited performing as Black Sabbath for the first time in nearly two decades. Over the next nine years Sabbath toured briefly in addition to several performances at Ozzfest. Later, Sabbath were honored to be inducted into the 2006 Rock and Roll Hall of Fame before releasing long awaited new music with 2013’s award winning 13 – marking their first full length studio album with Ozzy on vocals in nearly thirty-five years.

All this in mind, in late 2015 – feeling they conquered it all – Black Sabbath announced they would embark on their final tour entitled The End. Joining Ozzy, Tony, and Geezer are Drummer Tommy Clufetos and Keyboardist Adam Wakeman. Beginning in January 2016, Black Sabbath’s final tour spanned all corners of the globe from the U.S. to Australia commencing at the Genting Arena on February 4, 2017. To commemorate the bands final performance, Black Sabbath proudly announce the release of their new DVD/CD – The End – will come November 17, 2017 via Eagle Vision.

The main feature of this prized set is the full concert DVD – captured in fine cinematography – Black Sabbath’s final concert fittingly took place in Birmingham, England where it all began close to five decades earlier. Playing to a wild sold out arena – Black Sabbath take the stage – pyro blazing – in a moment of pure madness as the band is ready to slay.

Opening with the very first track off the very first album  – “Black Sabbath” – is the perfect means to begin The End upon those frightening first notes before the tempo eventually picks-up and the audience goes nuts bouncing off the walls. The eerie feeling continues via “Fairies Wear Boots” and a wicked streak with “Under The Sun/Every Day Comes And Goes,” “After Forever,” and “Into The Void.”

Moving along, Ozzy jokes about the title of the next song being a reference to a substance the band used to dabble in with “Snowblind”. Following an introduction of the band, Sabbath would do battle with one of the most visually pleasing numbers – “WarPigs.” Performed with multitudes of pyro and industrial wind machines, the audience sure loved going back and forth singing every other line with the Ozzman.

Heating up, the mid-point of the set shook the crowds world with “Behind The Wall Of Sleep,” “Bassically/N.I.B.,””Hand Of Doom,” and a medley of “Supernaut/Sabbath Bloody Sabbath/Megalomania.” Next,  the “Rat Salad/Drum Solo” showed off the skill set of Clufetos in classic concert fashion leading into a thunderous version of a Sabbath’s staple cut “Iron Man.” Furthermore, “Dirty Women” brought additional viewing pleasure offering split screens focusing on the riff-master  – Iommi – in all his glory.

Nearing the finale, Ozzy expressed Black Sabbath’s undying gratitude to their fans following decades of support before plunging into the joyful “Children Of The Grave.”  The band then went off stage, but deafening chant of “One More Song!” could be heard round the world as Sabbath returned to perform arguably their biggest hit “Paranoid.” A heartfelt end to a storied journey, Black Sabbath take a final bow – The End as a backdrop amongst an exhibition of fireworks – soaking in a tremendous ovation from their hometown audience.

So what else does The End have to offer? Well, the DVD includes raw bonus footage entitled The Angelic Sessions capturing the guys in Black Sabbath performing classic songs not played on tour. Following the band’s final concert, the simple confines of a recording studio made for Sabbath’s final studio recordings with performances of “The Wizard,” “Wicked World,” “Sweet Leaf,” “Tomorrow’s Dream,” and “Changes.” All powerful performances fitting to close such a great collection.

The End will also be available as a Blu-ray/CD, Double CD/Triple Vinyl and – for the superfan- a limited deluxe collector’s edition containing a DVD and Blu-ray, double CD, The Angelic Sessions on CD in gatefold card sleeves, a 32-page book, Winged Demon pin, a replica The End tour laminate, and 3 plectrums.

Overall, The End closes the final chapter of Black Sabbath yet the music remains timeless. Black Sabbath were not your run of the mill band. They were 4 guys from Birmingham, England who dreamt of greatness and not only achieved greatness but made history by defining the Heavy Metal genre. Dubbed the Godfathers of Metal, Black Sabbath leave behind a legacy that will live for generations. An essential acquisition for Black Sabbath disciples, CrypticRock gives The End 5 out of 5 Stars. 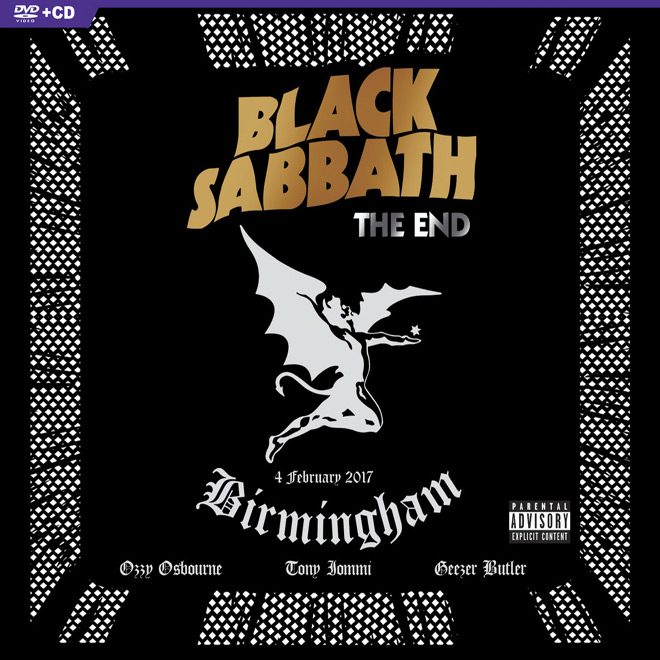 Motörhead – Louder Than Noise…Live in Berlin (Live Album Review) Lacuna Coil – Live From The Apocalypse (Live Album Review)
Like the in-depth, diverse coverage of Cryptic Rock? Help us in support to keep the magazine going strong for years to come with a small donation.